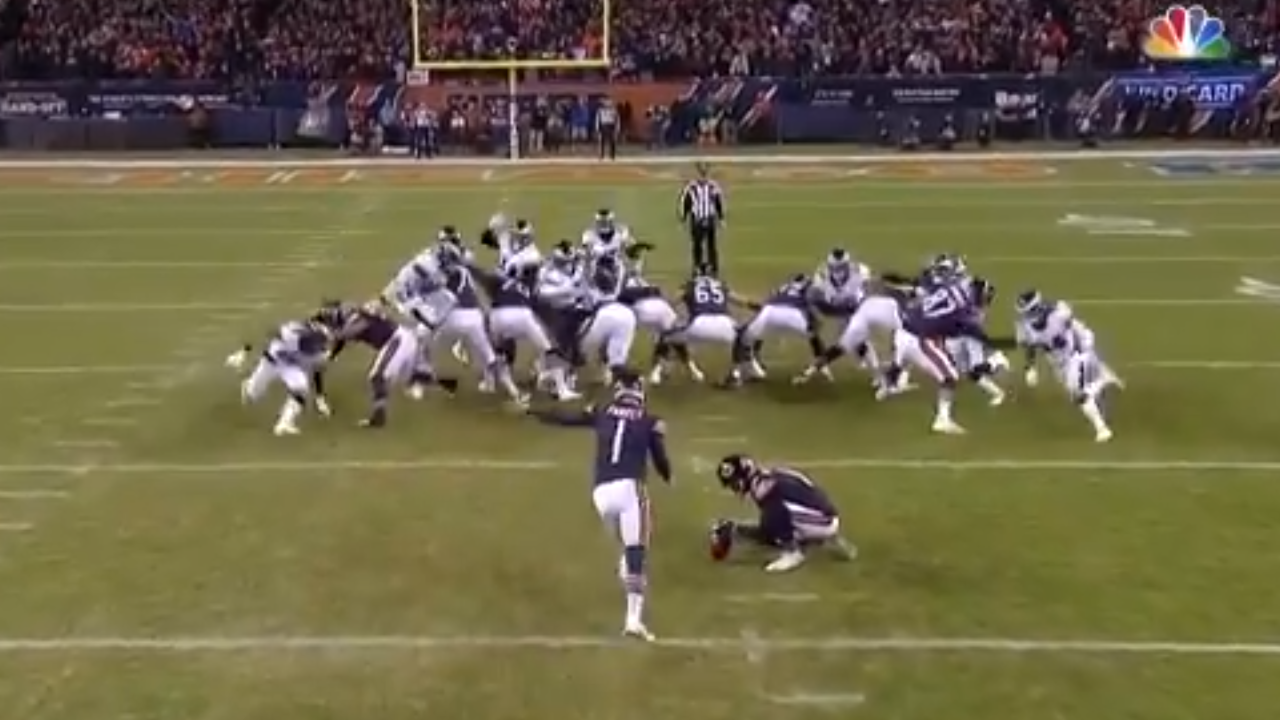 CHICAGO — The NFC North champion Chicago Bears had their first playoff appearance in eight seasons come to a brutal end.

As it turns out, Green Bay's Mason Crosby wasn't the only kicker in the division who had a tough year. Cody Parkey of the Bears will be remembered forever after missing one of the biggest kicks in the history of the franchise, a 41-yard kick that would have sent the team to the next round.

ICYMI: The reigning Super Bowl champs get by the Bears after Cody Parkey's game-winning FG attempt was tipped, hit the post AND crossbar.

The kick was partially deflected by a Philadelphia Eagles lineman, but this was another huge kick missed by the 26-year-old. Parkey finished the season with seven missed field goals and a 76.7 percent success rate.

The defending Super Bowl champion Eagles are headed to New Orleans to face the Saints next weekend.