Brewers fans have high hopes as end of season nears 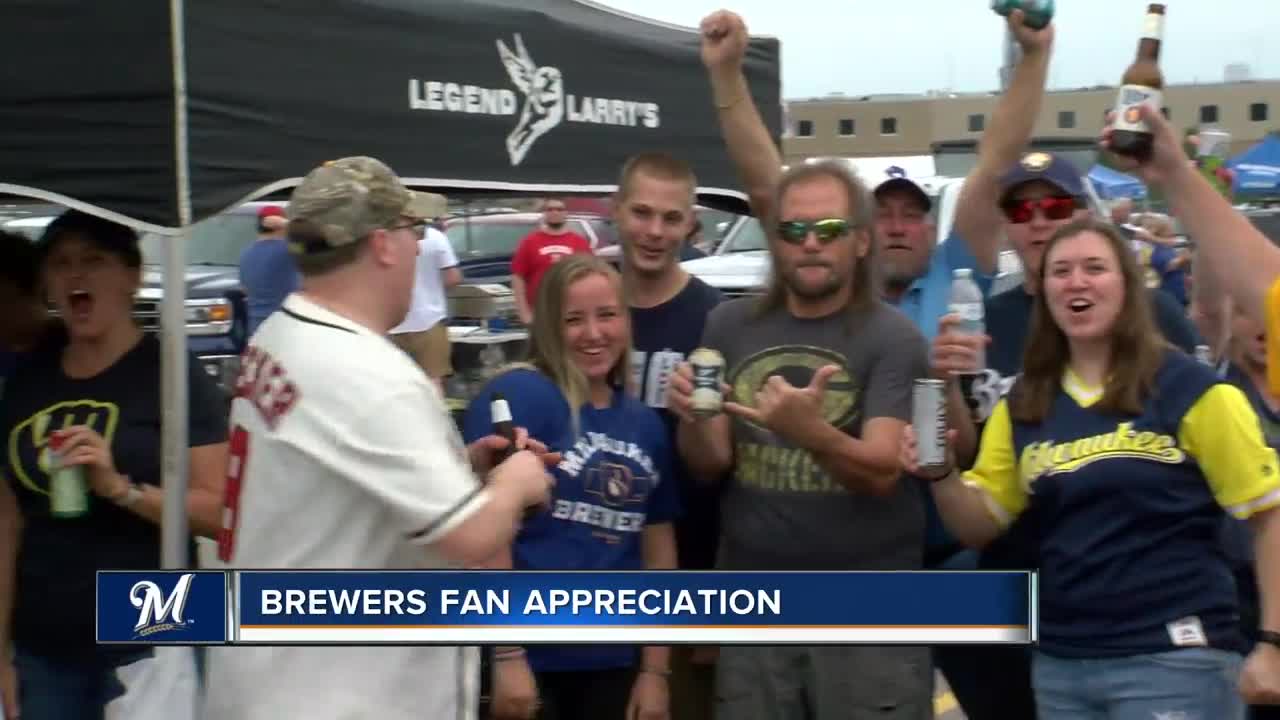 The Milwaukee Brewers celebrated fans Saturday night at Fan Appreciation Weekend as their home season comes to a close.

The Milwaukee Brewers celebrated fans Saturday night at Fan Appreciation Weekend as their home season comes to a close.

Fans' confidence in the team is growing, even with Yelich out.

The St. Louis Cardinals beat Chicago Cubs on Saturday afternoon, and Brewers fans believe that helps pave the way for a wild card appearance. Some fans are holding out for winning the division.

"They’re having a great finish of the year and if St. Louis would lose a game or two maybe they’d have a chance at winning the league championship," said Greg Phaneuf.

And at Fan Appreciation Weekend, some people said win or lose, they will be back next season.

"I won two free tickets for next year and I will most definitely be going back," said Jake Dropik.