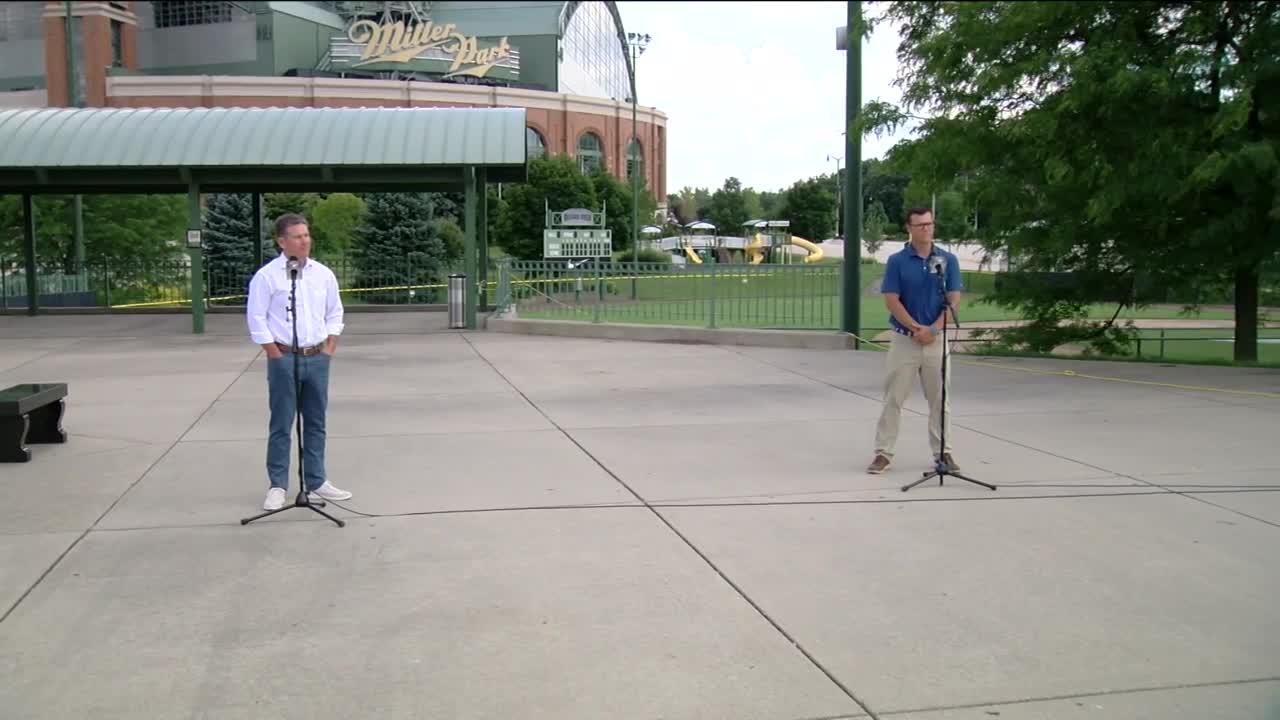 "This, tonight, will be a really good test for both of us. I mean, something that we both need," Brian Anderson says.

MILWAUKEE — This tonight, will be a really good test for both of us. I mean, something that we both need," Brian Anderson says.

"We've been four months without calling actually baseball games until this Blue Gold Series. And it's been real difficult," Jeff Levering says.

Those are the words of Brian Anderson and Jeff Levering. Two of the Brewers voices, who will call the game in Chicago from Miller Park. So they admit this year will be unlike any other they've called

"I have a little bit of anxiety about it, to be honest with you," Anderson says. "And we spent the whole day yesterday kind of building out the monitor wall, and what different feeds are going to be coming in. So, this will be a really interesting experience tonight."

"If you can simulate talking about a video game, but even then, you're seeing the video game play out in front of you and you're pushing the buttons and you can see what's happening. So this is a first," Levering says.

Levering says Mr. Baseball, Bob Uecker, will be back for his 50th season in the booth.

"If there are games played at Miller Park, I'm going to be there. I wanna be a part of it. It's a very special season for Ueck. It's year number 50. He's 86 years old. If there's baseball happening, he wants to be a part of it," Levering says.

And Anderson with his national profile did announce the Tiger versus Phil golf exhibition, with social distancing.

"Having done the Match? And it was a roaring success. Technically, from a production standpoint, it was a miracle, we pulled it off," Anderson says. "I do feel good about having done that and coming into this environment."

There are definitely some new things to get used to for these announcers, with the grand old game.