After climbing back into postseason picture, Brewers try to hang in there without Christian Yelich 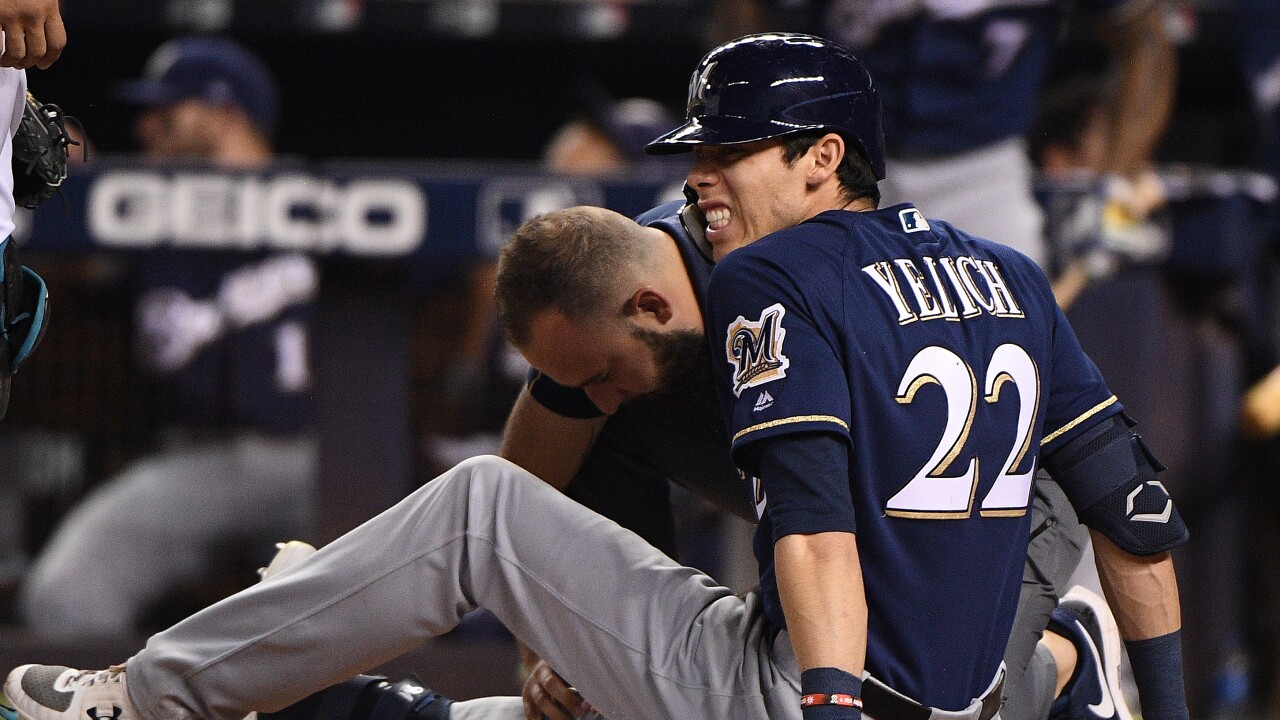 Mark Brown/Getty Images
Milwaukee&#39;s Christian Yelich is checked out by the medical staff after he fractured his right kneecap Tuesday night against the Marlins. Yelich returned to Milwaukee on Wednesday afternoon.

MILWAUKEE — The Milwaukee Brewers significantly boosted their chances to make the playoffs within the last week, but those odds took a hit after NL MVP Christian Yelich fractured his right kneecap against the Marlins on Tuesday night.

Last Thursday, the Brewers had a 5.6% chance of making the playoffs, according to FanGraphs. After taking three of four against the Cubs at Miller Park, that jumped to 24.9%.

Last Wednesday, fivethirtyeight gave Milwaukee a 10% chance to make the postseason. That increased to 31%.

The Brewers recently were given a 27% chance to make the NL playoffs, according to Baseball-Reference.com.

The recovery ahead for Christian Yelich

There is some optimism, though.

Brewers rookie sensation Keston Hiura is back after being on the injured list.

2B Keston Hiura has been reinstated from the 10-day injured list. pic.twitter.com/IQjLhuxGhf

The Brewers play the weakest schedule of any of the contenders. Their remaining opponents have a winning percentage of .474. They play three games against a team with a winning record (this weekend at St. Louis).

The Washington Nationals are the top wild-card team now, with a 2.5-game lead ahead of the Cubs for the No. 1 spot.

Besides the Cubs and Brewers, Philadelphia (two games back), Arizona (2.5 games back) and the New York Mets (three games back) are the other contenders for the second wild-card spot.