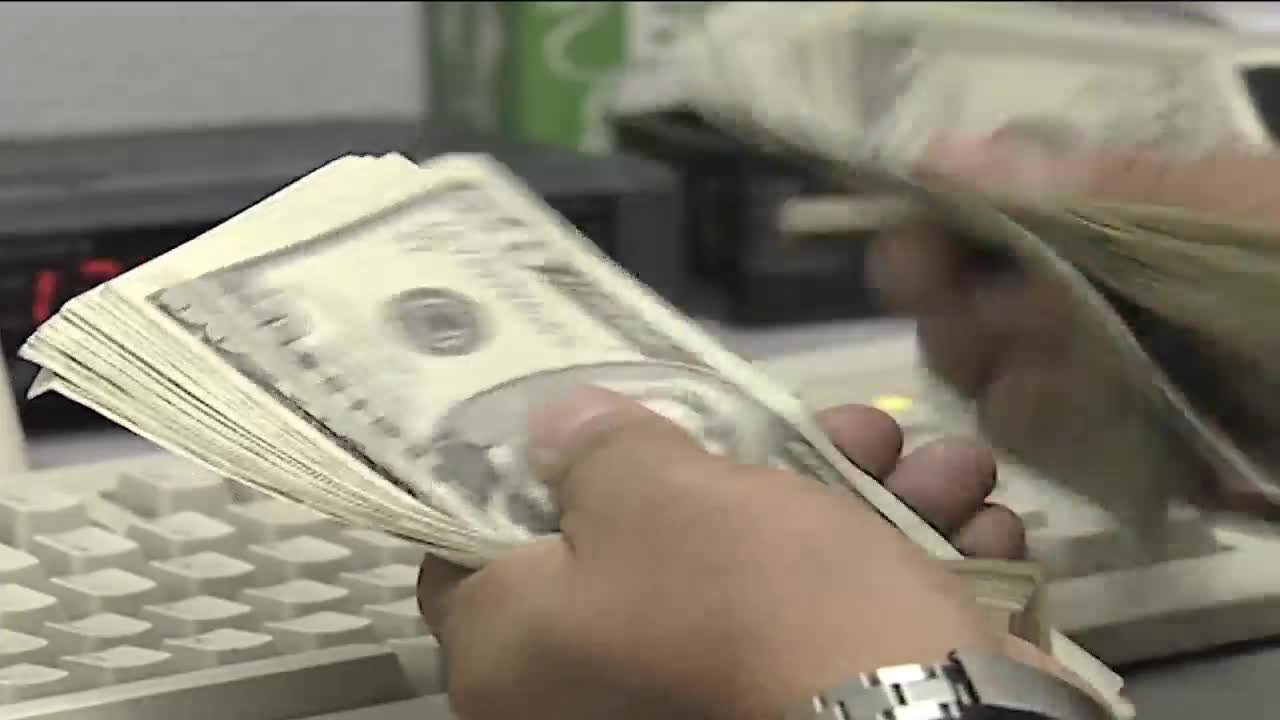 A group of Wisconsin residents frustrated while waiting for their unemployment claims to be processed have now sent a letter to Assembly Speaker Robin Vos demanding a special session to rectify the backlog.

A group of Wisconsin residents frustrated while waiting for their unemployment claims to be processed have now sent a letter to Assembly Speaker Robin Vos demanding a special session to rectify the backlog.

Last week, we spoke with an administrator of the Wisconsin Unemployment support group on Facebook about the frustration members have expressed on the page, in which they asked for more transparency from the state about the backlog of claims.

On Tuesday the Facebook group contacted TMJ4 News regarding the letter to Vos, which calls for a temporary halt of normal unemployment insurance processing procedures.

The letter to Vos said, "Please respond. Please step in. Please do more than send an email that no one cares about."

Group administrator Chenon Times-Rainwater of West Bend has been waiting 14 weeks for unemployment benefits. She says they chose to single out the speaker because they believe he is in the best position to take real action. Members of the group have also been sending individual messages to Gov. Evers' office, state representatives and senators, and the DWD as well.

"We're very tired of people saying, oh, we're so sorry for you understand how uncomfortable this must be," she said. "And we're doing everything we possibly can, and give DWD and credit because they have so many claims to work with. We're tired of it. We're tired of the excuses because We shouldn't be the ones, finding the solutions."

The group, which spans across the state and has a diverse group of members, offers those waiting for unemployment a place to try to get answers when they can't get through on the phone.

"It is a lot of people from different backgrounds coming together for one cause and and that is to get the benefits we deserve in a timely manner," Times-Rainwater said.

The letter asks for a temporary end to the security hurdles claims face to determine tier legitimacy. The DWD said last week they found about 342 fraudulent claims in the 1.4 million that were paid, which add up to $26,000.

"We also want him (Vos) to stand up and take ownership of it and to be a part of the solution because people ending up homeless with kids living in cars," Times-Riverwater said.

Vos spokesperson Kit Beyer responded to the letter, saying in an email, "As you might expect, the Speaker’s Office has fielded hundreds of phone calls from people who are frustrated with the Evers administration and we have advocated on their behalf to DWD. Unfortunately, the agency has failed to make the necessary improvements to help the thousands of people who are still waiting for a response even after the legislature gave the administration the power to transfer staff to areas of need. In addition, the legislature eliminated the one-week waiting period for benefits. DWD just needs to process these claims."

Beyer adds, "Speaker Vos joins many of his fellow legislators like Rep. John Nygren who are calling for improvements. I believe you covered the legislative hearing last week and Rep. Nygren has put out several statements demanding for change."

Below is the full letter:

We have reached out to politicians, the media, anyone who will listen and no outcome has been successful. We thought at week 6 surely there would be a resolution, but no. Then week 10 came and went. Now many of us have been without income for 12+ weeks. When have your constituents suffered enough? Will someone need to die for you to take action?

We have had no valuable communication from the DWD. They have lied, hidden behind a disgraceful phone system, and failed to provide even a dime of our earned and deserved benefits. You sat by as Sec. Frostman boldly lied during a hearing, offered empty promises, and provided dates for results that have yet to be fruitful.

As an insult to injury, you have been called upon by your colleagues to schedule and call to order a special session. This session would allow for a bill to temporarily change the processing procedures at the UI office so that those waiting longer than 5 weeks may receive their benefits and adjudication can follow. We are confident that if there are issues of fraud, you will recoup your funds. After all, even in the midst of this horrific economic downturn, your office is still pushing the DWD to pursue legal action against filers who have committed fraud. But alas, you remain unmoved.

We have families.
Can you feed your kids?
We can’t.
Can you afford your home?
We can’t.

It is absurd that we, the people of Wisconsin, have been ignored and no one sees it as important to get us our money! We aren’t trying to buy shoes and tv’s, we are trying to survive!!!

Please respond. Please step in. Please do more than send an email that no one cares about.

Your Super Pissed Off and Motivated Constituents

The DWD provided the following statement in response to the letter:

The Department of Workforce Development hears and understands the frustrations claimants are feeling about unemployment insurance. The agency is doing everything in its power to meet the needs of the Wisconsin unemployed as fast as possible including hiring additional staff, bringing on hundreds of contractors, and increasing our call capacity. The department continues to be transparent about its timeline. While the department would of course like to process every payment immediately, the distribution of payments must follow state and federal guidelines and had been slowed by technological constraints, historic claim volume, and the time necessary to follow prudent hiring procedures for new staff and contractors who handle sensitive claimant information.