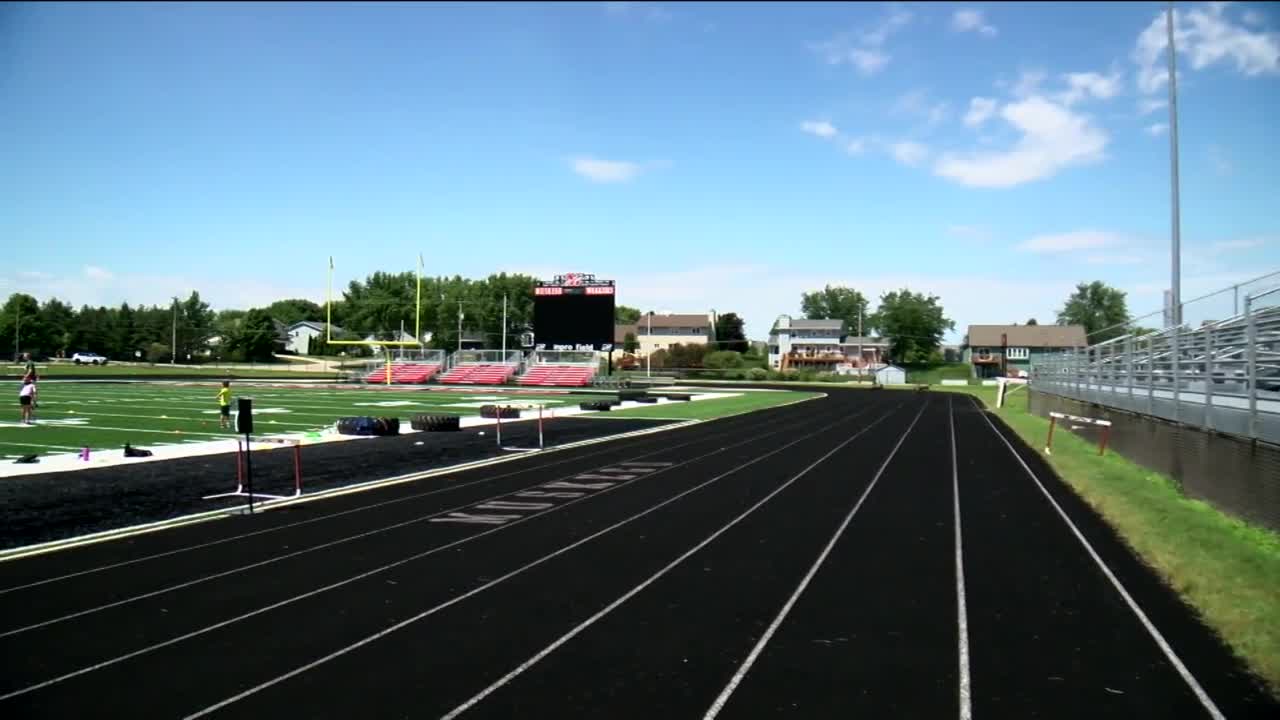 Cheering fans. That's football on a Friday night. But silence might be a reality with no fans.

Cheering fans. That's football on a Friday night. But silence might be a reality with no fans.

"That's a real possibility," Muskego Athletics and Activities Director Ryan McMillan says. "If you ask me right now today if we're going to play? There would probably be nobody in the stands."

"Our parents aren't going to be out there watching, I'm pretty sure they're not going to be able to come to the games," Rufus King wide receiver and tight end Jerry Cross says.

At Muskego High school, a weight room modification in the cafeteria.

"Our weight room? We broke it in half and moved it out into the cafeteria and to create even more space," McMillan says.

"They are tackling each other. And falling on each other. Sweating on each other," MPS Commissioner of Athletics Bobbie Kelsey says. "Barking outplays, and things of that nature. So, it's just a tough, tough situation but we're going to do our level best for our athletes."

"We are out there risking our bodies. We're bleeding, sweating. So, it's a higher risk for us," Jerry Cross says.

A safe return to high school sports in the fall is the goal.

"We can all remember when we were teenagers. Uncertainty doesn't bode well for being a teenager because at that point? You wanna know. You want some concrete answers. And we're trying to get those for our student-athletes. Our coaches. Our parents. Our fans," Kelsey says.

Muskego High School has multiple plans in place for the fall. They want to do it healthily, but they also want to play.

The physical aspect is real. But so too is the emotional toll on these young athletes.

"The mental side of it is probably harder than the physical," Kelsey says. "Because you have to transfer your thoughts into what else can I do besides play and maintain my edge. Maintain my sharpness in my sport."

Hope is what drives all. But in different ways. Hunter Wohler is entering his final year with the 2-time defending state champion Muskego Warriors.

"It's tough. It's not easy just knowing that so many things are still up in the air and that it's your senior year, you want to enjoy it. But you know, like I said before, you have to be optimistic about it," Wohler says.

"We're hopeful. We know the kids are very anxious to get out there, and we don't want them to, we don't want to lose them to club teams or maybe leaving and deciding to do something different because others around them can have sports in a different way because their county health departments or local municipalities are saying this is ok. That is not," Kelsey says.

All while wanting to play safely.

"I am like ok, but it's like, it's still up to our coaches' decisions on if we want to play," Cross says.

"I'm just hoping to get on the field. Get back with the boys and just be able to do what we've been training for, what we've done my whole life," Wohler says.