Ransomware is on the rise during COVID-19: How small businesses can protect themselves 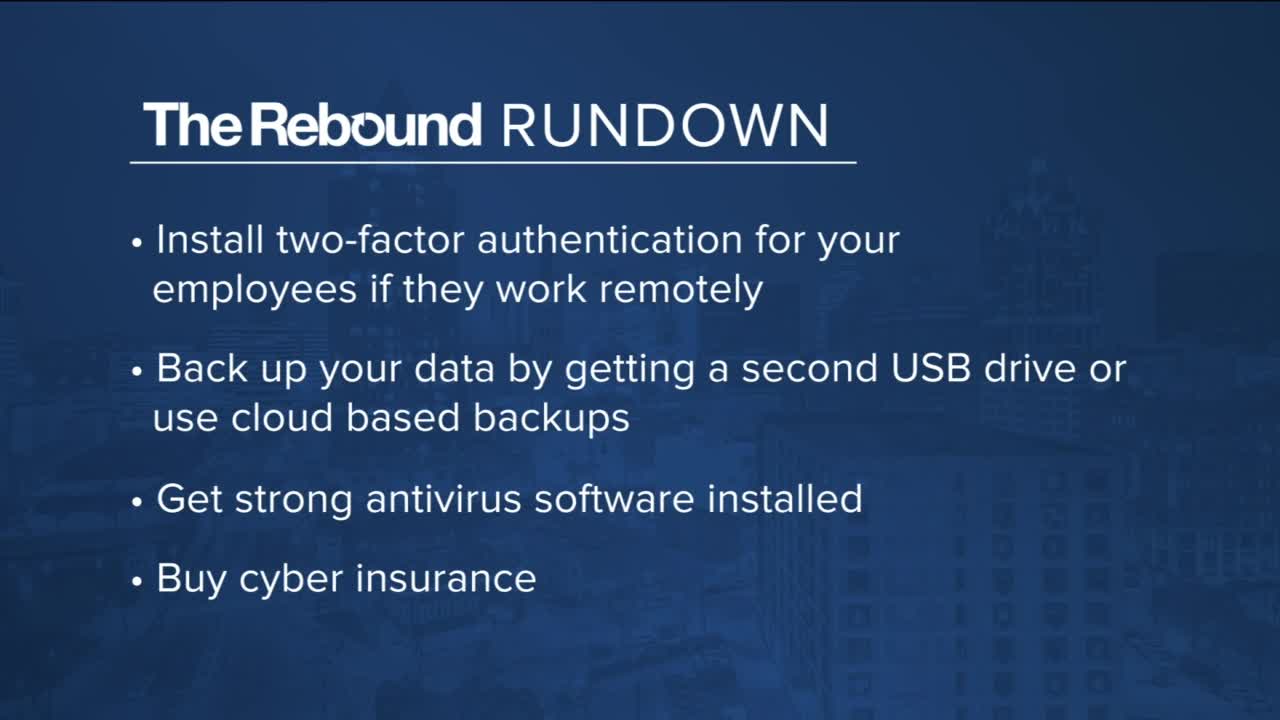 If you aren't familiar with the term ransomware, it's when a hacker takes over your computer network, steals your sensitive data, encrypts your files so you can't access them, and also deletes your backup files.

BROOKFIELD — If you aren't familiar with the term ransomware, it's when a hacker takes over your computer network, steals your sensitive data, encrypts your files so you can't access them, and also deletes your backup files.

Then, the cybercriminals demand you pay the ransom money to get your data back. In some cases, they post your stolen data onto what's called a "shaming site."

"A big website the attacker runs where they say 'Hey, we've broken into such and such company, here's a small sample of the data we've stolen. If they don't pay us the ransom, we'll post the rest of it here as well,'" said Kevin Bong, Director of Cybersecurity with Brookfield tech company, Sikich.

Ransomware might sound like a threat to a big corporation that has a lot of money to lose, but Bong says hackers are aggressively going after small companies, especially lately.

"The attackers have really taken advantage of COVID to get a foothold. They either send phishing attacks that are COVID based to get you to download a file or enter a password, or a lot of companies have raced to let people work from home and so they've opened up more remote access services like a remote desktop without putting enough security around it and the attackers are guessing passwords against those, so they get a foothold that way," Bong continued.

Sikich is protecting its clients' anonymity, but it is seeing small healthcare offices, manufacturers, insurance agencies, even mom and pop stores fall victim to ransomware.

"If they use computers and they've got an internet connection, they're getting hit. There are businesses in the Milwaukee area that have lost tens to even hundreds of thousands of dollars to ransomware attacks," Bong said.

"They often don't have really strong security around their backups. They aren't testing their security to keep the attackers out," he said.

This past February, cybercriminals targeted the city of Racine and its 700 employees. They encrypted the city's files and software. The hackers didn't demand a specific amount of money, but if they did, the city had cyber-insurance. It's something Bong recommends small businesses invest in.

"For a business, cyber insurance is great and really important because if you have one of these attacks, you can go under if you don't have the money to clean up from the attack, cover the outage of the business and maybe cover a ransom if your backups got destroyed," Bong said.

He also recommends small businesses install strong antivirus software and two-factor authentication. Also, he says back up your data often.

"If you're really small and you've got a USB drive that does backups then get a second one and swap them out every night so if the attacker destroys the one you've got plugged into the computer, you've got last night's on the shelf," Bong suggested.

Bong also says you can hire a tech company to test your network security.

"We see so many people who are just surprised like how could this happen to me? we had backups, we're paying for anti-virus, they didn't know the layers of security needed or how aggressive or nasty these attackers are being," Bong said.