Milwaukee grandfather was sleeping in his car during COVID-19: Here's how he got housing 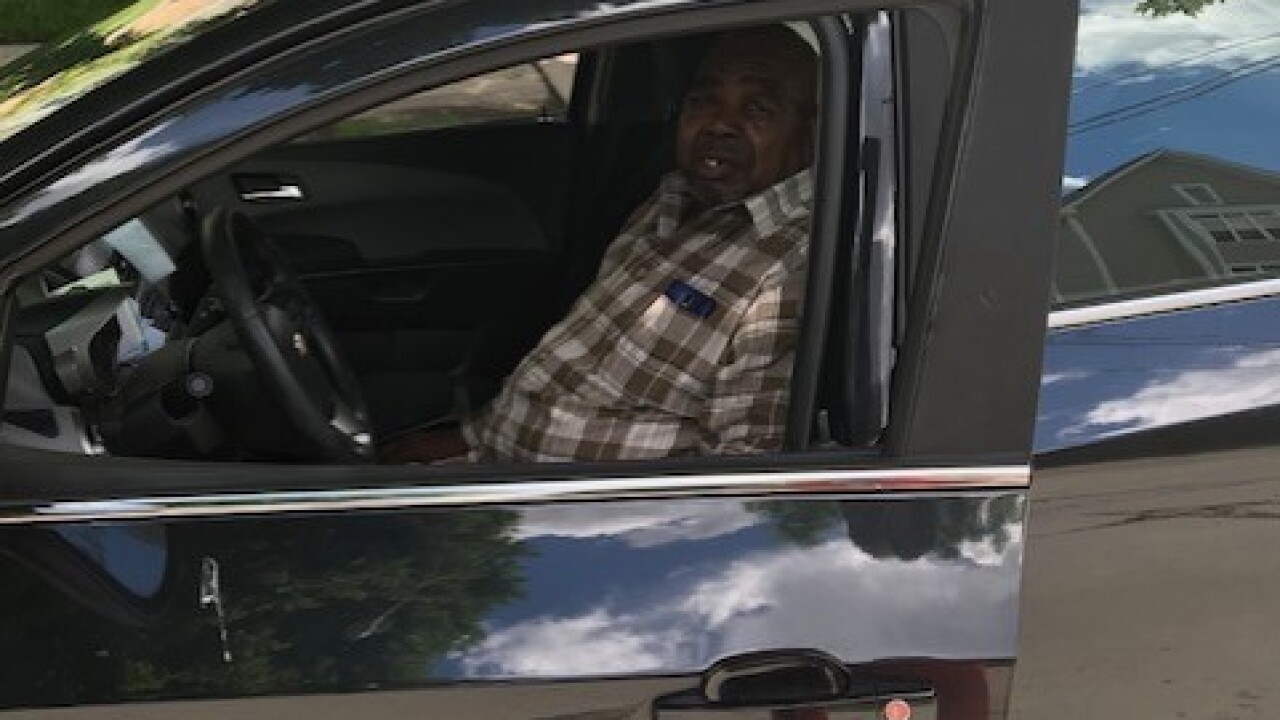 MILWAUKEE — In the photo below, 73-year-old Leroy Strickland of Milwaukee stands beside what to used to be his home -- this four-door Chevy is where he slept every night for a month in early March when COVID-19 cases spiked in the city.

"It really wasn't that hard. I had my clothes with me," said Strickland.

When he could no longer stay with his daughter in government housing, he simply moved his belongings to his car.

During our virtual interview, it became clear Strickland isn't one to complain.

"It could have been worse than what it was but it wasn't," he said.

After 30 days, he knew he needed a place to rest his head. He decided to call the community helpline 211. Gigi Evans, a mobile screener with Impact 211 came across Strickland's case.

Evans was devoted to getting Strickland housing. At the Navigation Center at 1918 North 6th Street, he could shower, brush his teeth, and change his clothes. Then he worked with Evans to come up with a housing plan.

First, a shelter for the night, then a hotel, then an apartment of his own. It took a couple of months to get him into a place. Evans explained Strickland was being denied over what they thought was an eviction on his record.

Impact 211 worked with attorneys at Legal Action of Wisconsin.

"They investigated and it turned out to be just a small claim and they typed a letter for us to send out with his application, so that was a plus for any landlord that was looking at his record and saw it," Evans explained.

"We're just working together to get people housed and Mr. Strickland is one of those success stories," she said.