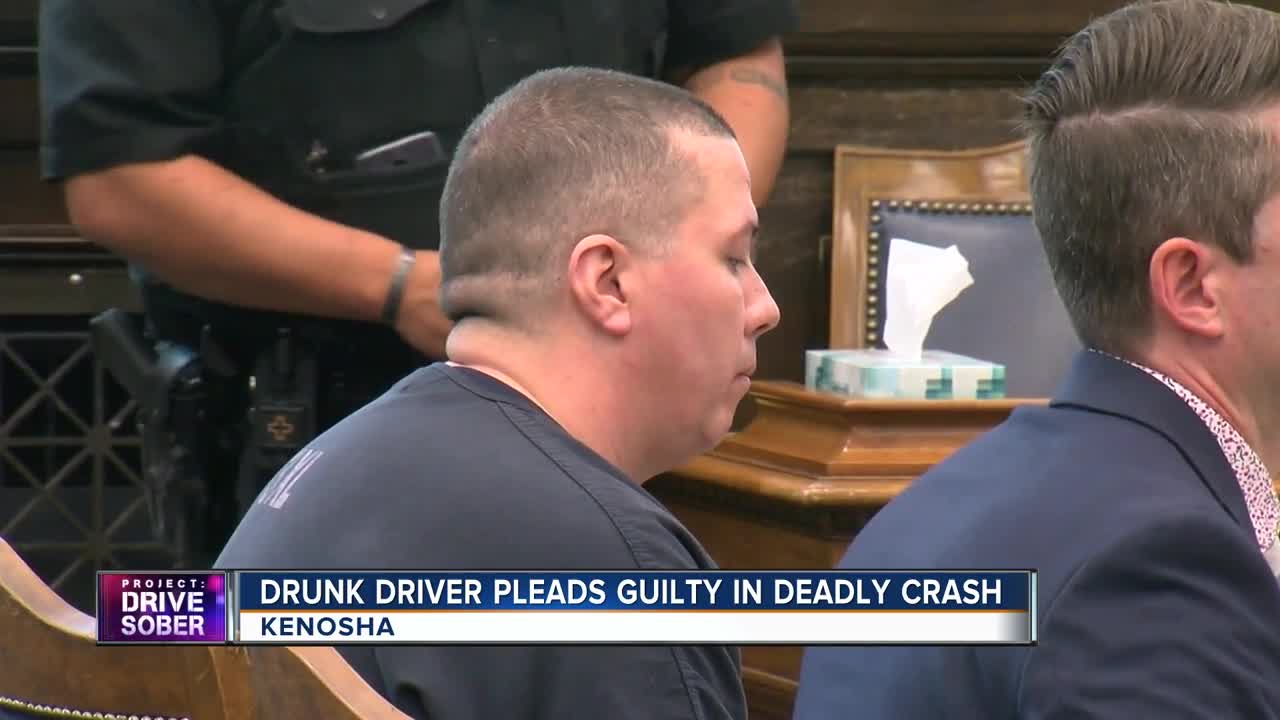 On Thursday in Kenosha County Court, a man plead guilty to driving drunk and slamming into another car, killing three members of the same family. It came after the judge denied his ‘no contest’ plea as a part of a plea deal.

40-year-old Timothy Vandervere walked into the courtroom, hands cuffed in front of him, prepared for what was to come.

Ahead of his appearance he signed a plea deal, dismissing all but four charges against him. Those charges include:

The charges stem from a crash back in April when he killed three members of the Rizzo family, and seriously injured another while driving drunk.

He pled ‘no contest,’ conceding to the four charges without admitting guilt. The decision was based on the advice of his attorney, Matt Last, who said he has information to believe civil litigation will be filed against Vandervere in this incident.

"It wasn't for Mr. Vandervere to hide from responsibility or anything like that. It was more to give him the option to protect himself moving forward,” Last said.

However, Judge Bruce Schroeder said that wasn't an acceptable reason for a 'no contest' plea given what was alleged. As a result, he quickly turned it down.

“I’ll decline the no contest. He can plead guilty or not guilty,” Schroeder said.

With that, there's a little closure for the Rizzo siblings, who lost their parents, Vincent and Mary, and their uncle, Mike. Their other uncle, Jerry, was seriously injured.

TODAY’S TMJ4 spoke exclusively with the four Rizzo siblings: Vince, John, Catherine Koessl and Janet Duemke after the hearing. They were too emotional to go on camera, but said they were relieved Vandervere took some responsibility for what happened.

Now as they await Vandervere's sentencing, they want to remind others to not drink and drive.

They shared their thoughts on the case during a recent interview with TODAY’S TMJ4.

“Several lives, several families, in fact a whole community is affected by something like this that's just so nonsense for it to happen,” Vince said.

“We're just saying you know have some personal responsibility. There's so many other ways to not put your life and other people's lives at risk these days, so it didn't have to happen,” Catherine said.

Vandervere will be sentenced on November 22, but it's important to know there is no mandatory minimum in Wisconsin for this crime. He could face a maximum of 132 years in prison.