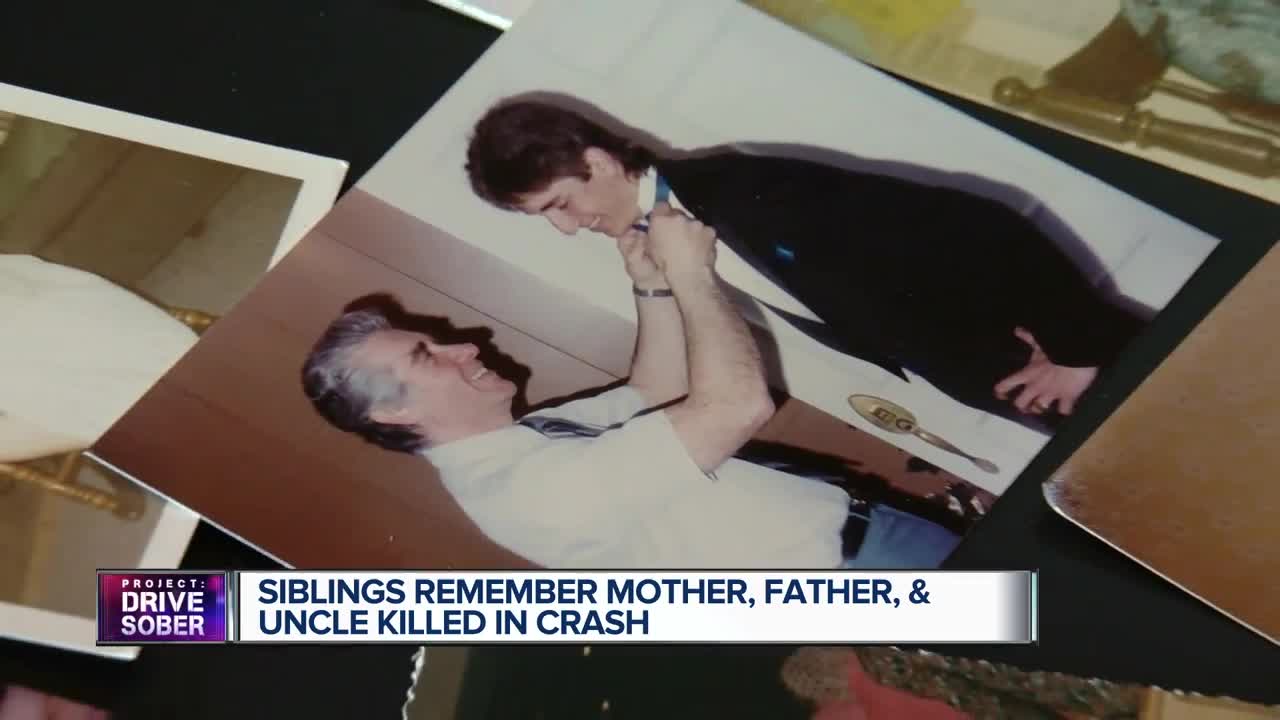 A loophole in the system allowed a man to get a legal driver’s license, despite a record of drinking and driving. This man, Timothy Vandervere, is now charged with driving drunk and killing three members of a Kenosha County family. 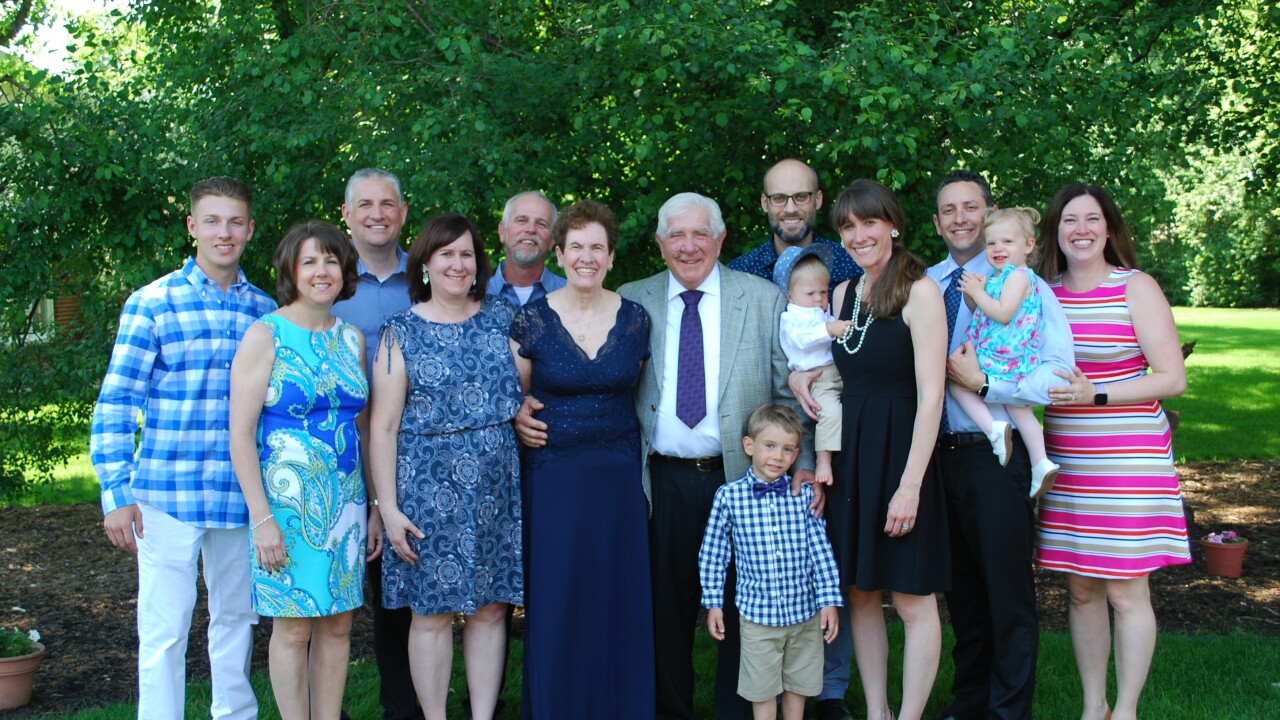 KENOSHA — A loophole in the system allowed a man to get a legal driver’s license, despite a record of drinking and driving. This man, Timothy Vandervere, is now charged with driving drunk and killing three members of a Kenosha County family.

Vandervere will be in court Thursday, where he is expected to take a plea deal.

Six months after the crash that killed their parents and uncle, the Rizzo siblings are actively working with lawmakers to change drunk driving laws in Wisconsin. Their hope is that no other family has to go through what they did.

Laughter once again fills the Rizzo family home as siblings John, Vince, Catherine Koessl and Janet Duemke pore over pictures of their mom, dad and uncle - memories they can now look back and smile on.

However, these days it doesn’t take much to bring the four of them back to one of their darkest days.

“There's a moment every day, sometimes every couple of hours where you know you hear a song or you just think of something, you see a picture and then you kind of fall apart just for that few moments,” Vince said.

On April 5, a suspected drunk driver crashed into the back of the family SUV on Highway 50 in Kenosha County, killing the siblings’ parents, Vincent and Mary, and their uncle, Mike. Their other uncle, Jerry, was seriously injured. The suspect was traveling at an estimated 100 miles per hour. Vince was with the four of them just before the crash.

“We had dinner together and we all left at the same time at about 6:30 from St. Alphonses fish boil,” he said. “We just got on the road a little bit quicker than them, probably drove a little bit faster, and were a little ways down the road in front of them when the accident was happening behind us.”

Jerry was driving the SUV that got hit.

“I didn't find out I got hit until I was upside down in the car,” Jerry said. “Somehow I got up to the road and they put me in an emergency vehicle.”

The siblings try not to think about that night. It came with much confusion, learning what happened to each of their loved ones.

“It was just surreal, like I don't know what other words, I mean it was chaotic,” Catherine said.

All three family members killed were well-known members of the Kenosha County medical community. Vincent was a dentist, with his own private practice. His wife, Mary, was a registered nurse, who most recently assisted Vincent at his office. Mike was a family physician at Aurora Medical Center.

Vince is also a doctor at Aurora and shared an office with Mike for 20 years. To this day, he and the rest of the family still receives love and support from current and former patients.

“It's heartwarming to know how much the community has missed our family,” Vince said.

They will need that support more than ever, as they prepare to meet in court with the man charged with driving drunk and killing their loved ones.

“Everything in our life will now be defined by you know before and after the accident,” Catherine said. “That's just how it will be for us from now on.”

“Several lives, several families, in fact a whole community is affected by something like this that's just so nonsense for it to happen,” Vince said. “It just didn't have to.”

At this point, the family can’t help but wonder how the crash could have been prevented. The suspect, identified as 40-year-old Timothy Vandervere of Illinois, faces multiple charges in the crash:

TODAY’S TMJ4 filed multiple open records requests to learn about Vandervere’s driving history. Those documents reveal he never should have been on the road in the first place.
When the crash happened, Vandervere was not allowed to have a Wisconsin driver’s license, but he did have one in Illinois and renewed it three times in 2008, 2012 and 2016.

Court records show, this was his second OWI in Wisconsin. He got his first in August 2005 when blood samples showed his BAC was more than twice the legal limit at 0.171 grams. In this incident, he was also convicted of causing injury while under the influence of alcohol, and an implied consent violation for refusing to take a breathalyzer test.

According to the criminal complaint in that case, one of the responding officers described that "Timothy had a strong odor of an alcohol beverage on his breath, his speech was slow and slurred, and his eyes appeared blood shot and he was evasive and uncooperative,” the officer said.

After not appearing for an assessment interview, Wisconsin Department of Transportation took away his driving privileges indefinitely. In 2007, the injury charge was reduced to reckless driving with a fine, and the BAC charge was dismissed, but his license was never reinstated. The Wisconsin DOT said that it entered that information into the ‘Problem Driver Pointer System,’ also known as PDPS. It’s a system that other states can choose to search if a driver has a serious offense.

Fast forward to 2008 when Vandervere filled out an application to renew his Illinois driver’s license. He wrote ‘no,’ when asked if his driving privileges had been revoked in any other state.

TODAY’S TMJ4 reached out to the Office of the Illinois Secretary of State to learn why they didn’t see Vandervere’s 2005 conviction when he renewed his license in 2008. Spokesperson Dave Druker called it an act of perjury.

“At that point in time Illinois did not have a system where we would look at all driver renewals in the system,” Druker said. “We do it for truckers and for first time applicants. We check on people moving in from another state, but when something was a simple renewal we did not use PDPS at that point."

However, according to the National Highway Traffic Safety Administration, states should check PDPS, “Any time a person applies for a driver’s license or the renewal of an existing license…”

Illinois instead relies on what’s called the ‘Driver’s License Compact’ or DLC. This compact is an agreement between states to share information on drivers with serious offenses, like OWI. Wisconsin is one of five states that does not belong to the compact.

“The only way we would have known would be if Wisconsin officials had let us know,” Druker said.

Two states, that share 150 miles of border, don't share crucial information that could keep dangerous drivers off the road. Kenosha County Sheriff David Beth said this has been going on for years.

“The lack of communication between Department of Motor Vehicles is obscene,” he said. “Somehow we have to use technology in our favor to start saving lives.”

He advocates for a national system that’s consistent between all states.

“We can do basic searches on people from other parts of the world when they come here, but it's tough you know here our southern border's Illinois and we don't know what the people in Illinois are doing when they come up here and drive through Wisconsin,” Beth said.

It makes enforcing Wisconsin laws tougher, and tragedies like what happened to the Rizzo family, harder to comprehend.

“Technology is here. That information should just be readily available,” John said.

Illinois said it is working on enhancing its systems that involve driving records.

“I think that there's going to be improved communications between us and Wisconsin,” Druker said.

As for Wisconsin, a DOT spokesperson released a statement regarding the ‘Driver’s License Compact’ saying, “Wisconsin’s participation in the DLC would require legislative action, and the Wisconsin Legislature has not taken that action.

The Rizzo family hopes something is done, before another tragedy.

“Between states, that information should just freely flow,” John said. “That it's not having to ask or needing to give, but it's just there.”

“Now with technology being the way it is, it just doesn't make sense. I mean there's lives at stake,” Catherine said.

The Rizzo family continues their fight to toughen drunk driving laws in Wisconsin and to advocate for better communication between states.

Janet told TODAY’S TMJ4 that six days before her mother was killed, she told her she was pregnant, that it was a girl. She’s due in early October and plans to name her baby, ‘Mary,’ after her mom.