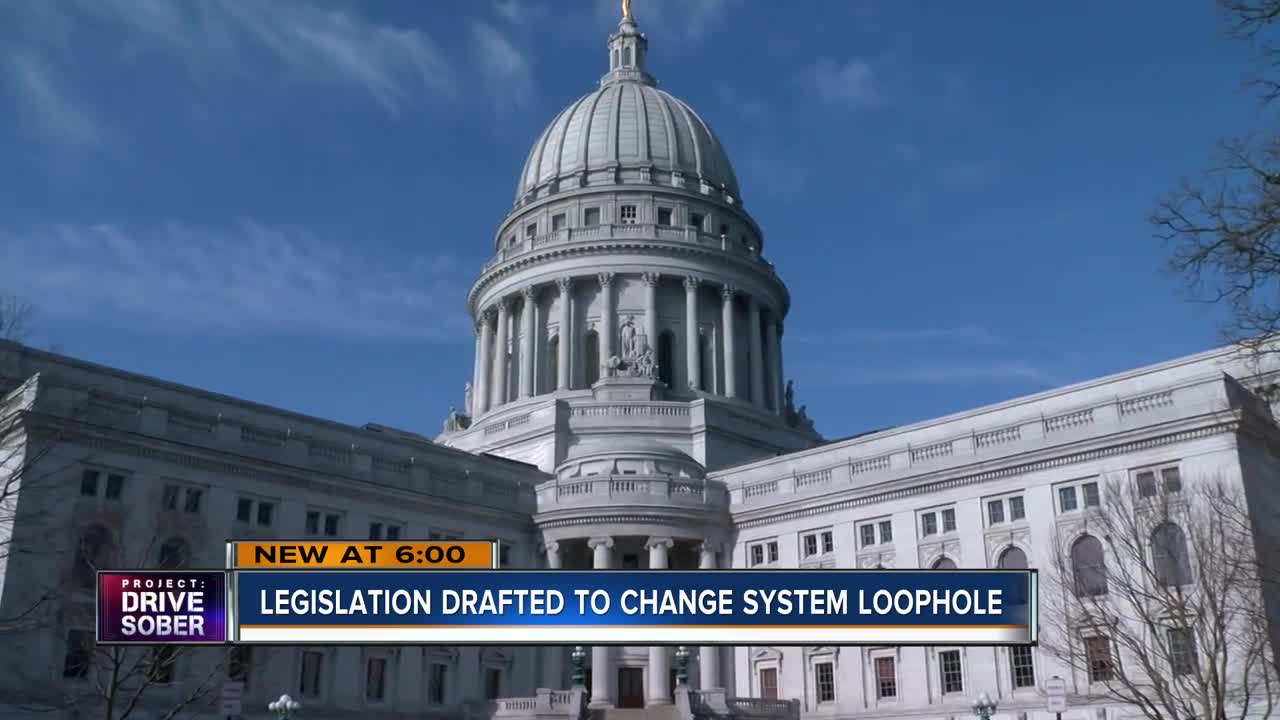 Years before a deadly crash, Vandervere's driver's license was taken away in Wisconsin. Now, lawmakers are in the process of trying to close a loophole in the system.

KENOSHA — 41-year-old Timothy Vandervere will spend the next 32 years of his life behind bars after a judge sentenced him Friday morning in Kenosha County court, for driving drunk in a crash that killed three members of the same family.

Back in September TODAY’S TMJ4 revealed that a loophole in the system allowed him to get a legal driver’s license despite a record of drinking and driving. Now as the case comes to a close, lawmakers are in the process of drafting legislation in hopes to prevent this from happening again.

On April 5, Vandervere crashed into the back of the Rizzo family SUV on Highway 50 in Kenosha County, killing Vincent, Mary, and Mike, and seriously injuring Jerry, but that night he never should have been on the road in the first place.

Deputies said Vandervere's blood-alcohol level was nearly four times the legal limit and court records showed this was his second OWI in Wisconsin. He could have faced a maximum of 132 years in prison.

He got his first in 2005 and as a result, Wisconsin took away his driving privileges indefinitely.

The Wisconsin Department of Transportation told TODAY’S TMJ4, it entered that information into what’s called the ‘Problem Driver Pointer System,’ also known as PDPS. It’s a system that other states can choose to search if a driver has a serious offense.

Three years after his drunk driving citation, Vandervere filled out an application to renew his Illinois driver’s license. He wrote ‘no,’ when asked if his driving privileges had been revoked in any other state.

TODAY’S TMJ4 reached out to the Office of the Illinois Secretary of State to learn why they didn’t see Vandervere’s 2005 conviction when he renewed his license in 2008.

Spokesperson Dave Druker called it an “act of perjury.”

“At that point in time Illinois did not have a system where we would look at all driver renewals in the system,” Druker said. “We do it for truckers and for first-time applicants. We check on people moving in from another state, but when something was a simple renewal we did not use PDPS at that point."

Instead, Illinois relies on what’s called the ‘Driver License Compact’ or DLC. This compact is an agreement between states to share information on drivers with serious offenses, like OWI. Wisconsin is one of five states that does not belong to the compact.

“The only way we would have known would be if Wisconsin officials had let us know,” Druker said.

When it comes to the ‘Driver License Compact,’ a spokesperson for Wisconsin DOT told TODAY’S TMJ4, “Wisconsin’s participation in the DLC would require legislative action, and the Wisconsin Legislature has not taken that action."

TODAY’S TMJ4 then reached out to state lawmakers about the DLC and found most had no idea it even existed. Of the 57 e-mails sent out, TODAY’S TMJ4 received 14 responses. More than half had never heard of the DLC.

However, this could soon change.

After receiving an e-mail from TODAY’S TMJ4 and seeing the station’s previous report, Representative Tip McGuire (D) of Kenosha contacted lawmakers on both sides of the aisle.

“Through much of your reporting we had learned that we hadn't been a part of the DLC,” McGuire said. “There are families that have been ripped apart because of this and so we have to remedy that.”

McGuire is now in the early process of drafting legislation to join the compact.

Representative Samantha Kerkman (R) of Salem, supports the move. She has a personal connection to the Rizzo family. She was with them just before the crash.

“That night my family served the Rizzo family at dinner and left on a road that I drive several times a day, and you know that could have been any family member of mine out there,” Kerkman said.

Both lawmakers said it's time to take action, now that they're aware of the problem.

“This story I think that brought it to a number of our attention that we weren't using this data, and so now that we are aware of this, this is out here, I want to make sure that we're utilizing it how we should be,” Kerkman said.

“Thank you guys for covering this and for making sure that this issue is brought out there,” McGuire added.

The Rizzo family told TODAY’S TMJ4 they fully support joining the compact and hope it will happen soon.