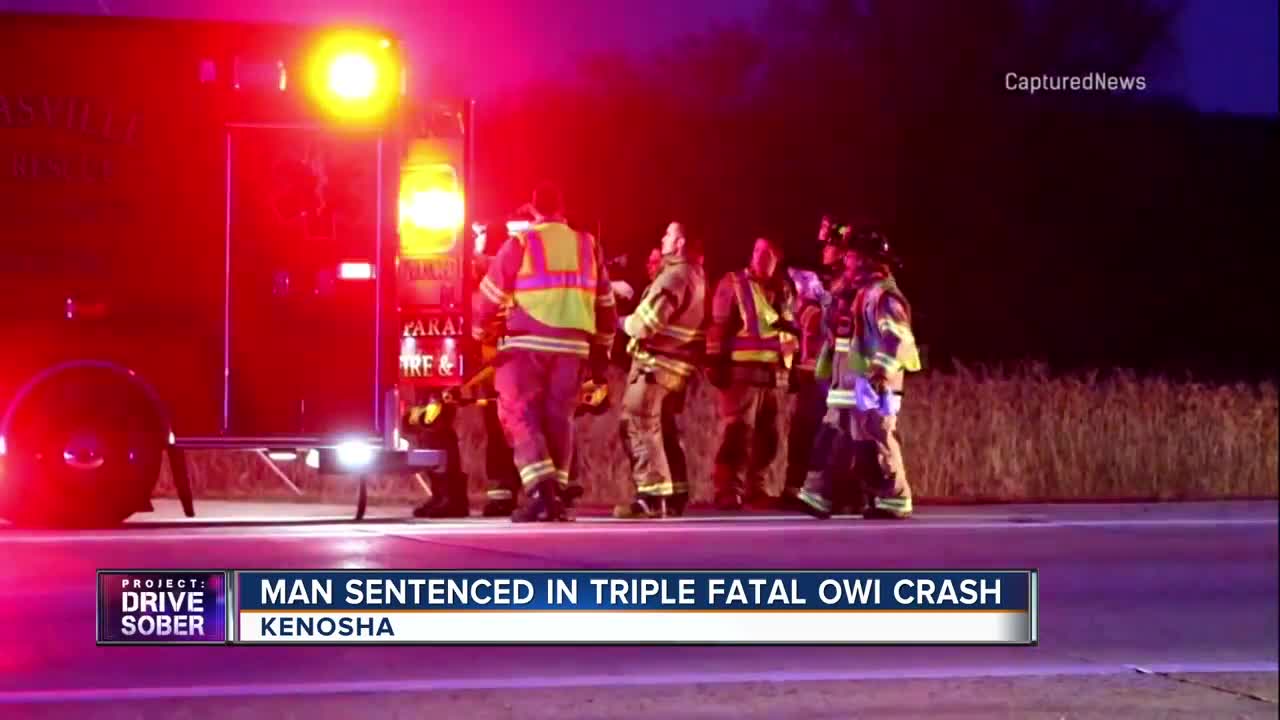 The Rizzo family speaks at the trial of Timothy Vandevere, who was sentenced to 32 years inn prison today for killing three family members in an OWI crash in April.

KENOSHA — A man who drove drunk and crashed into another car killing three members of a Kenosha County family was sentenced to 32 years in prison on Friday morning.

The charges stemmed from a crash back in April when Vandervere rear-ended the Rizzo family’s SUV on Highway 50 in Kenosha County, killing Vincent, Mary, and Mike, and seriously injuring Jerry. Investigators said Vandervere was driving nearly 100 miles per hour with a blood-alcohol level nearly four times the legal limit.

After the sentencing, the Rizzo family said they appreciate that the court understood the seriousness of the case.

Over the past several months four siblings have learned to live without their parents, Vincent and Mary, and their uncle Mike. Their uncle Jerry continues to recover.

Two of the siblings, Janet Duemke and Catherine Koessl shared their pain through tears at the sentencing.

“The defendant killed nearly an entire generation of my family that day,” Duemke said. “My last memory that I will have of my mom is with bandages around her head, her faced bruised almost beyond recognition.”

“We are honored to live their legacy and we will do everything we can to continue to make them proud, but it didn’t have to be this way. It should never have been this way,” Koessl said.

They thanked the community for their support, many of whom had Vincent as a dentist or Mike as a doctor, and urged the judge to consider a sentence that could impact drivers in the state.

Before the ruling, Vandervere apologized to everyone he hurt.

“I know there’s nothing I can say today that will take back the pain and sorrow I have caused the Rizzo family. I think about the family and what I’ve done to them every single day,” Vandervere said.

He expressed regret for what he did.

“I would like to spend my time incarcerated helping and teaching others about the devastating results that can come from drinking and driving in hopes the no other families ever have to go through this horrific tragedy,” Vandervere said.

“What deterrents can be harvested from this type of an episode we do need to reap,” Schroeder said.

It’s a step that just may keep more drunk drivers off the road, which the Rizzo family hopes will deter others from drinking and driving.

“Little by little, if we continue to get sentences like this, it may make a cultural shift in the state,” Koessl said following the sentencing.

Now as the case comes to a close, the Rizzo family hopes lawmakers take more action to change drunk driving laws in the state.