"If you save one life it's a start:" Mother who lost son to drunk driver celebrates OWI bill passing 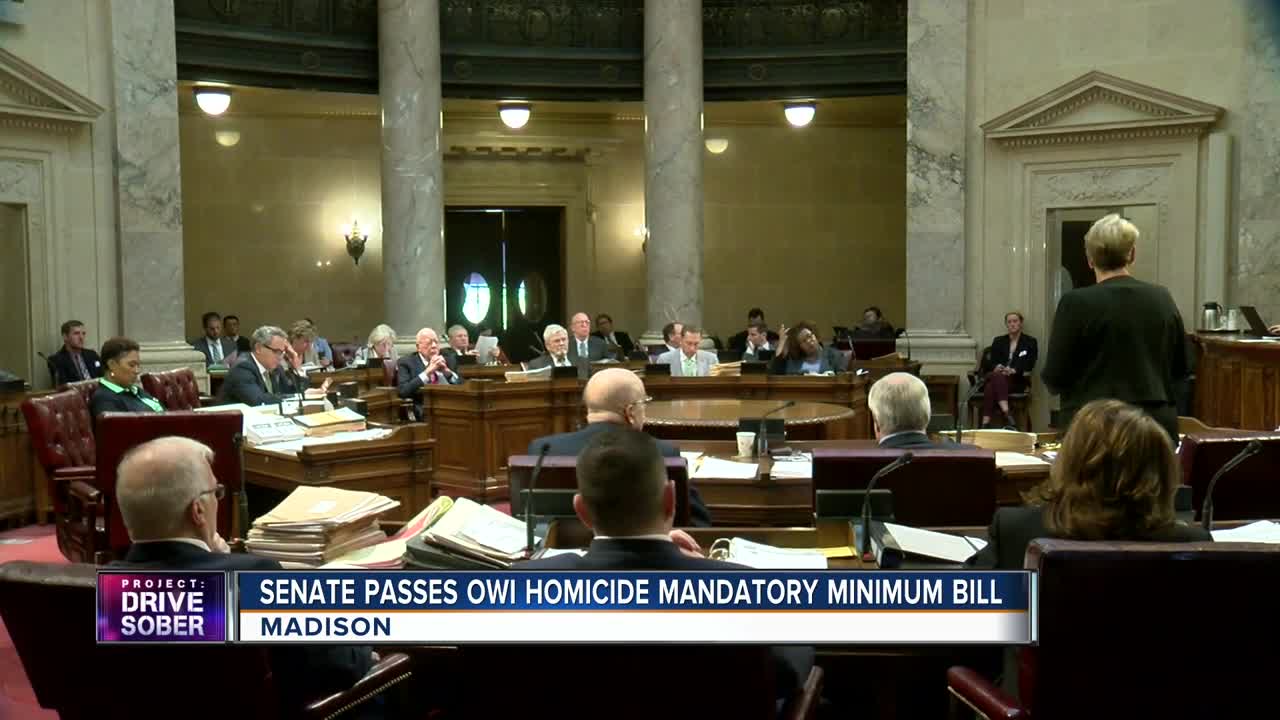 MADISON — A bill making prison mandatory if you drive drunk and kill someone in Wisconsin is now going to Governor Tony Evers' desk. It is something victims families have been fighting to pass it for years.

Sheila Lockwood sits in her McHenry, Illinois home surrounded by her son Austin Lockwood's pictures. It is all she has left of her 23-year-old son after he was killed by a drunk driver in Three Lakes, Wisconsin last summer.

"Austin was in the passenger seats the driver, he was on the wrong side of the road," said Lockwood.

After her son's death she learned the driver, Eric Labahn, might not spend any time in jail. That's because Wisconsin law has no mandatory prison time for homicide by intoxicated use of a motor vehicle. Labahn was sentenced to three years.

"It's disappointing. My son had a lot more than 3 years. He should have gotten more," said Lockwood.

Tuesday afternoon, the Wisconsin State Senate passed the bill that would make the mandatory prison sentence for someone who drove drunk and caused someone's death at least five years.

"It's not enough but it's something. So we have to start somewhere. If you save one life it's a start," said Lockwood.

The bill still needs the governor's signature to become law. TODAY'S TMJ4 reached out to his office to see if he would sign it but we have not heard back..There is another OWI bill that was passed Thursday but it still needs Assembly approval. It triples the punishment for 5th and 6th OWI offenses from 6 months to 18 months.