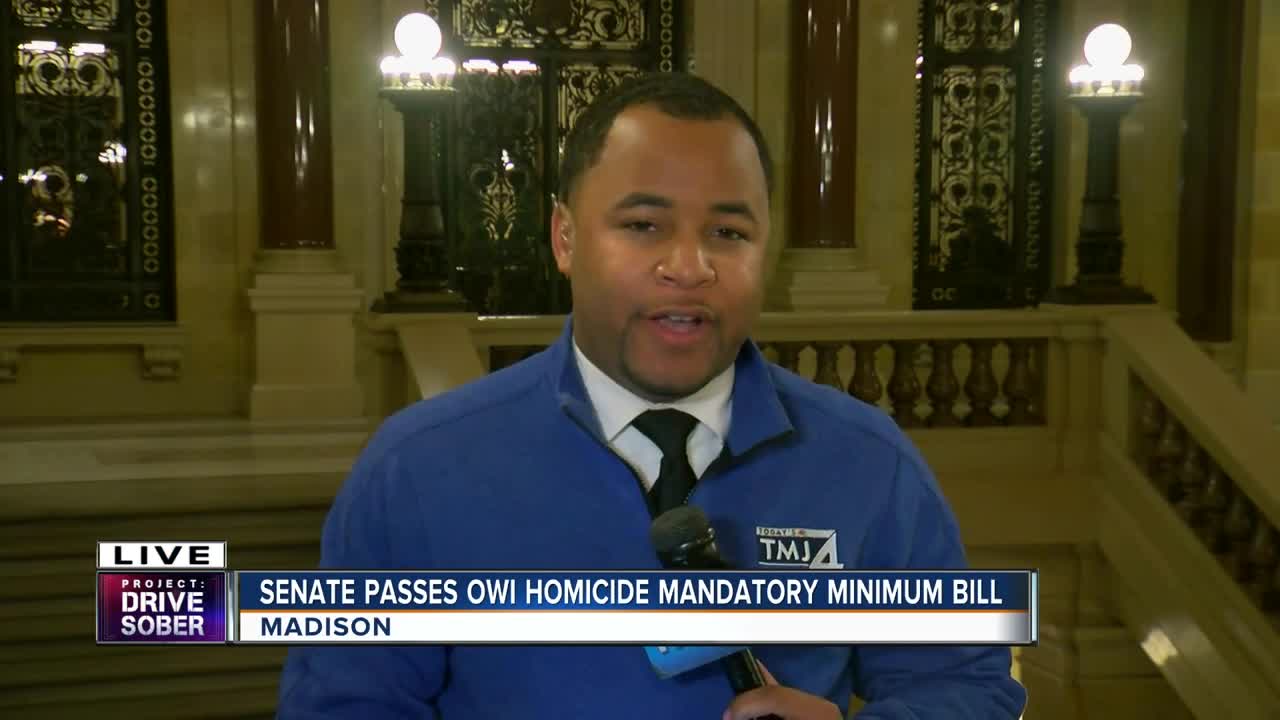 A new drunk driving bill is headed to Gov. Tony Evers desk after the Senate unanimously passed it on Tuesday. This bill, Assembly Bill 17, would create a mandatory five-year sentence for homicides committed while driving under the influence.

"It's past time we cracked down on drunk drivers," Senator Darling said, "I urge Governor Evers to sign this bill soon."

An additional bill, Senate Bill 6, is headed to the State Assembly which would triple the punishment for 5th and 6th OWI offenses from 6 months to 18 months in prison. Senate also passed this bill unanimously.