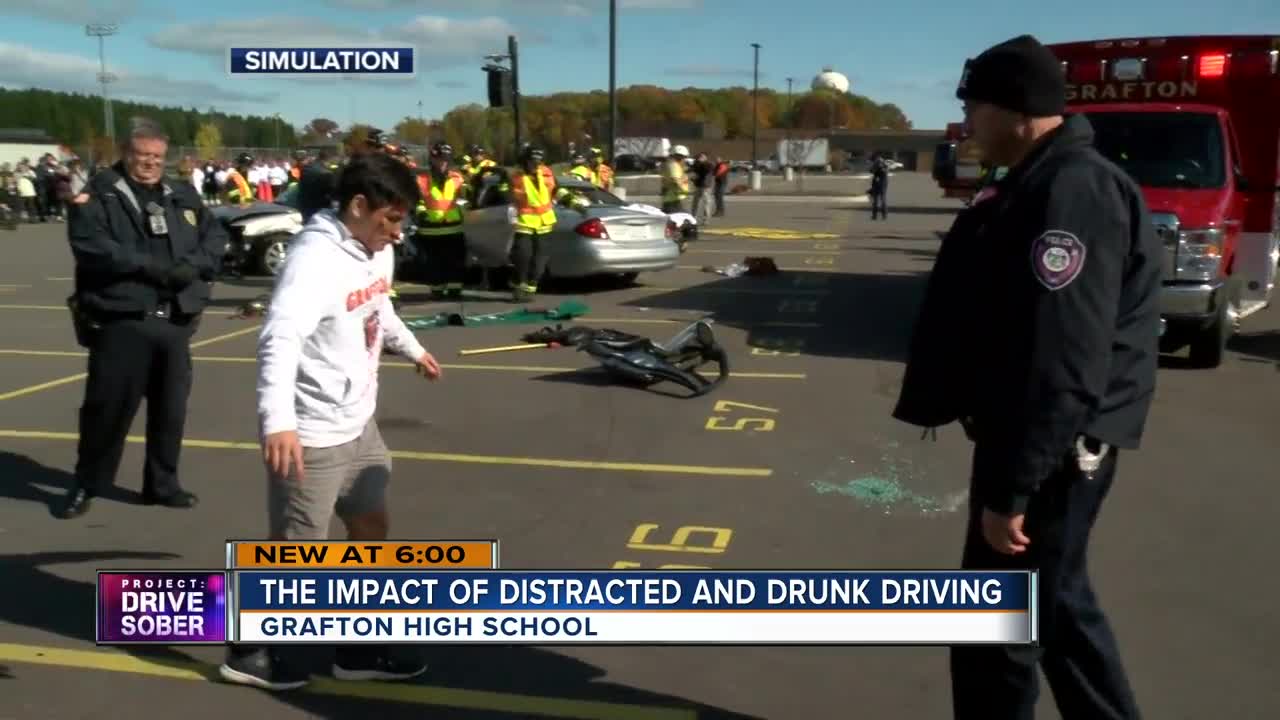 Students watched a simulation of a crash from drunk and distracted driving.

GRAFTON — An army of first responders swarmed a crash scene at Grafton High School Thursday, thankfully it was a simulation.

For the first time, the school hosted a mock crash to depict the dangers of unsafe driving as realistically as possible.

"I hope that they understand how one action has a huge ripple effect," said Melanie Sinclair, trauma coordinator for the community hospital division at Froedtert. Sinclair was one of the organizers for the program.

In this scenario, a driver admitted to drinking before losing control of his car and crashing into another car. Sirens, blood, and death of a student illustrate how unsafe driving can shatter lives.

Bleachers of students watched in silence for close to an hour.

"I’m feeling like if this was real that would be the last time I ever saw them," said Michael Seybold, a junior at Grafton.

"People who may not be drinking and driving can still be affected. I think it really brings that into play," said senior Alexis Cabell.

While the scene centered around drunk driving, it was designed to get young people thinking about making smart choices.

"I’m hoping we impact even one, two students. If that happens this will all have been worth it," said teacher and organizer Fran Grant.

Even though it was all fake students described the simulation as powerful.

"I was shocked. I was saddened, but I think that was the point," said senior Tyler Crass.

"It was very powerful and very real, especially that they had actors that were kids we knew at the school," said Seybold.

The lesson does not end after the simulation is over. Students went back to their classrooms to reflect. On Friday, they will have an assembly and discussion on the real dangers of drunk and distracted driving.