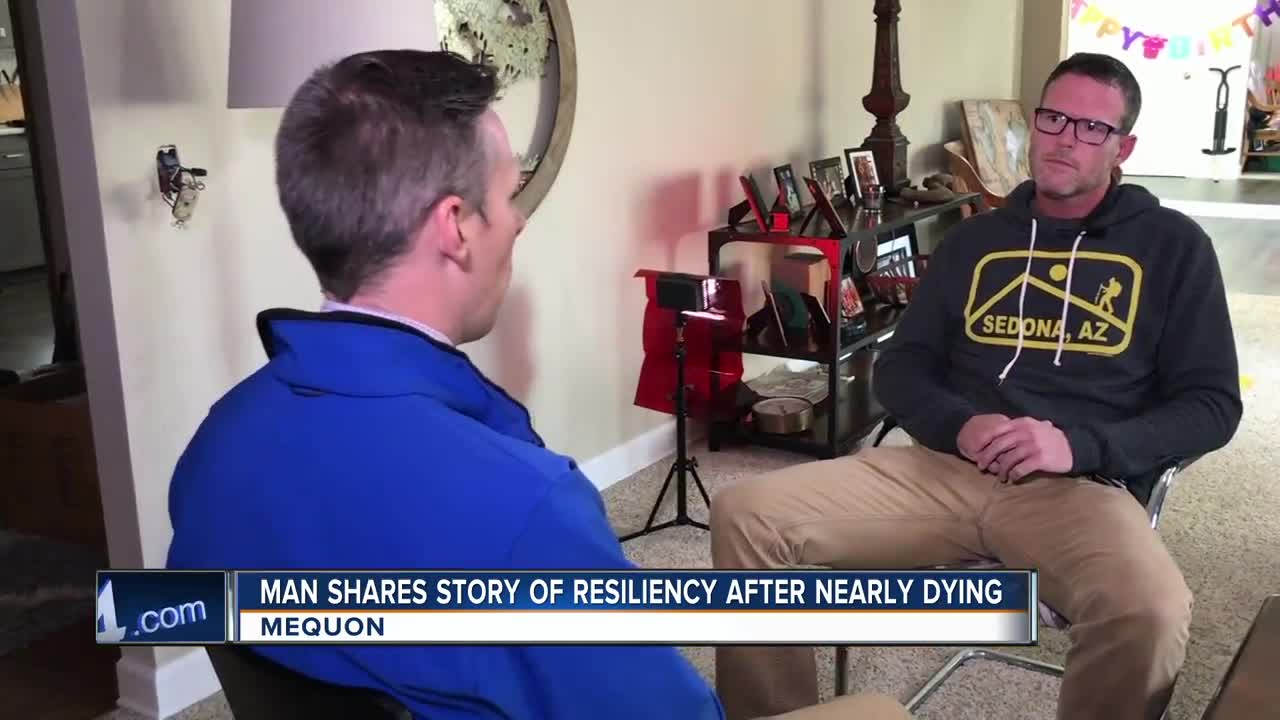 Jeff Wenzler was stabbed on a trip to Jamaica. Now he's telling his story.

MEQUON — A Mequon man is grateful to be alive after being stabbed in Jamaica.

Jeff Wenzler runs the non-profit, Pivotal Directions. They travel to impoverished areas near Kingston, Jamaica to help rebuild life for those in need. On Oct. 7, after getting dinner with two volunteers in the capital city, two young men approached them.

"I heard a voice," Wenzler said. "That tone in a voice where someone is in danger."

Wenzler says one of the men was trying to grab a small handbag from one of the volunteers.

"In those moments, you don't think about allowing a purse to go," Wenzler said. "You just want to step in and do something about it, so I did."

Wenzler grabbed onto one of the men and ripped off his shirt. The two men took off on foot down the streets of Kingston and Wenzler went after them. The two thieves tried to jump into a vehicle.

"I got him and at the exact same time, his friend came in and shanked me," Wenzler said. "He stabbed me twice and one of them went into my kidney."

Wenzler says he then continued to chase the men for another block before realizing he was bleeding. He stopped and fell to the ground.

"There was a Good Samaritan," Wenzler said. "He was just a Jamaican local walking the street himself that night, probably home from work. He just rushed to us and ripped off his own shirt to stop the bleeding and his own belt cinched around me just to stop the bleeding."

Wenzler kept two things from the night; the belt from the good Samaritan and the piece of shirt he ripped off of one of the thieves. It's a Nike shirt and carries the well known moniker "Just Do It." It now carries a much different sentiment for Wenzler.

A pivotal moment for Wenzler happened in the hospital. As he laid in his bed, just hours after the stabbing, a Jamaican man came in with a worse injury.

"He was coming home from work and someone stabbed in him the back," Wenzler said. "Then robbed him and left him. He didn't have enough money to cover the tests. That was the first time that evening I actually felt different emotion from anger to sadness to frustration."

Wenzler talked to the family and told them Pivotal Directions would cover the costs for the tests he needed to survive.

"I learned in that moment, life is filled with perspective and resilience," Wenzler said. "This could have been so much worse and there has to be answers in this. There has to be purpose."

Wenzler made his way back to Wisconsin and two days after the stabbing, he spent his birthday in the hospital. His three kids came in to visit him.

"The hugs are a lot tighter," Wenzler said. "My friendships and appreciation for all I have is much stronger. I'm stronger because of it. I don't know why, I don't have a deeper sense of anger. I don't understand why I am so interested in going back but you don't turn your back on friendship."

Through the eight years going to Jamaica, Wenzler has made a tremendous difference. He has brought hundreds of volunteers to help.

And in a month, he'll return to the city where he nearly lost his life to continue his mission.

"We can't let one bad incident turn us away, shut us down, keep us in our suburban bubble," Wenzler said. "The big world out there is filled with so much perspective and so many lessons to be learned. It makes me want to go back tomorrow. 99 percent of this world are good people. I found the wrong one percent."

Wenzler says this near-death experience has only strengthened his mission. He hopes he can one day sit down with the young men who were involved to try and mentor them.

"Crime and evil exists everywhere," Wenzler said. "That's what I'm angry about. I truly wish I could sit across from those young men and better understand them. That's my calling. My calling is mentoring and connecting good people with other good people."