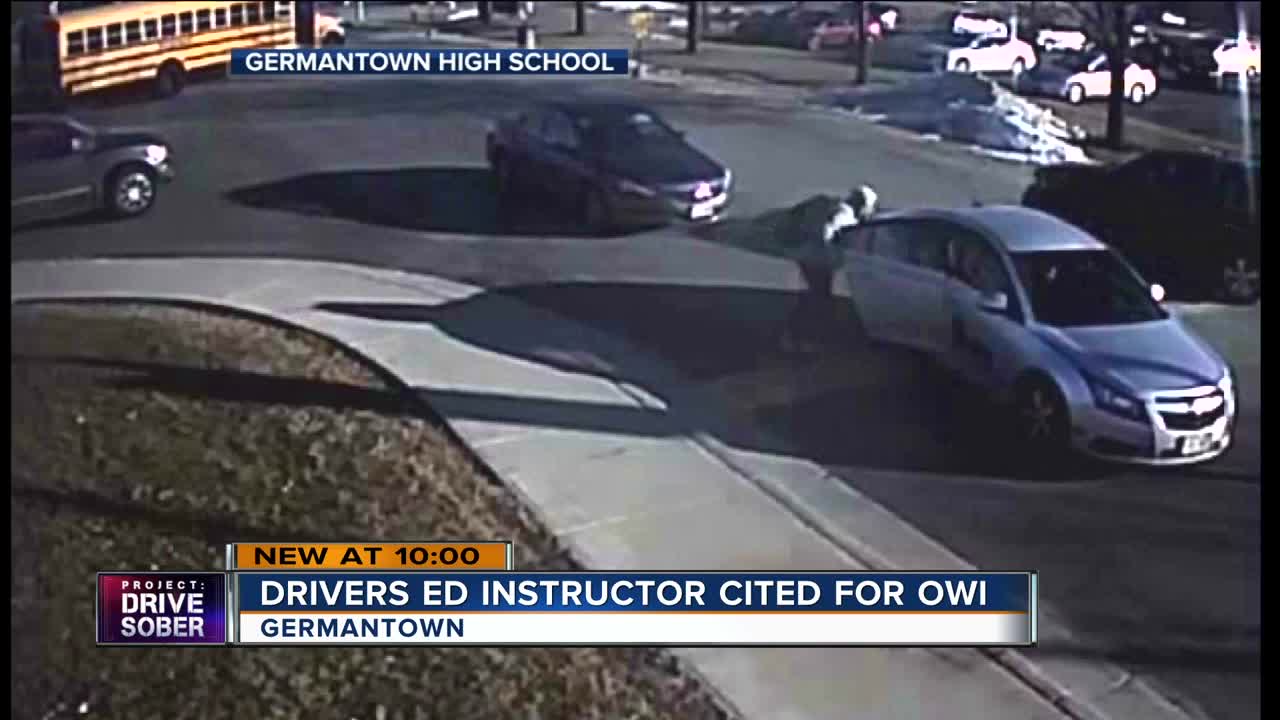 A driving teacher gets arrested in Germantown for driving drunk while teaching a student. Before that, he hit the Germantown High School principal. It was all caught on surveillance video.

GERMANTOWN — A driving teacher gets arrested in Germantown for driving drunk while teaching a student. Before that, he hit the Germantown High School principal. It was all caught on surveillance video.

The video shows the instructor, Corey Malone, backing up into a gate that then hits the Germantown High School principal. According to police, when they tested Malone his blood-alcohol level was three times over the legal limit.

"It's so busy at the time school lets out you have school buses that are going by. Students that don't have a lot of experience driving as well and here you have an adult who's impaired," said Lt. Tom Schreihart.

In the backseat of the car while all this is happening, a student that Malone had picked up for his driving lesson. Malone later told police he didn't remember having a student in his car.

"That's very scary," said Schreihart. "He is picking up a student to educate him on how to drive and he isn't even fit to drive."

Malone works for a private driving school called Just Drive. TODAY'S TMJ4 tried to contact the school and even knocked on their office door but there was no answer.

According to the police report, the owner of the driving school told police "she smelled what she thought was alcohol" on Malone before he went to Germantown High School.

She says he told her "he quit drinking at midnight." Malone later told police "it was probably closer to 2 a.m." But he was not "drunk like that."

Malone was taken into custody for first offense OWI.