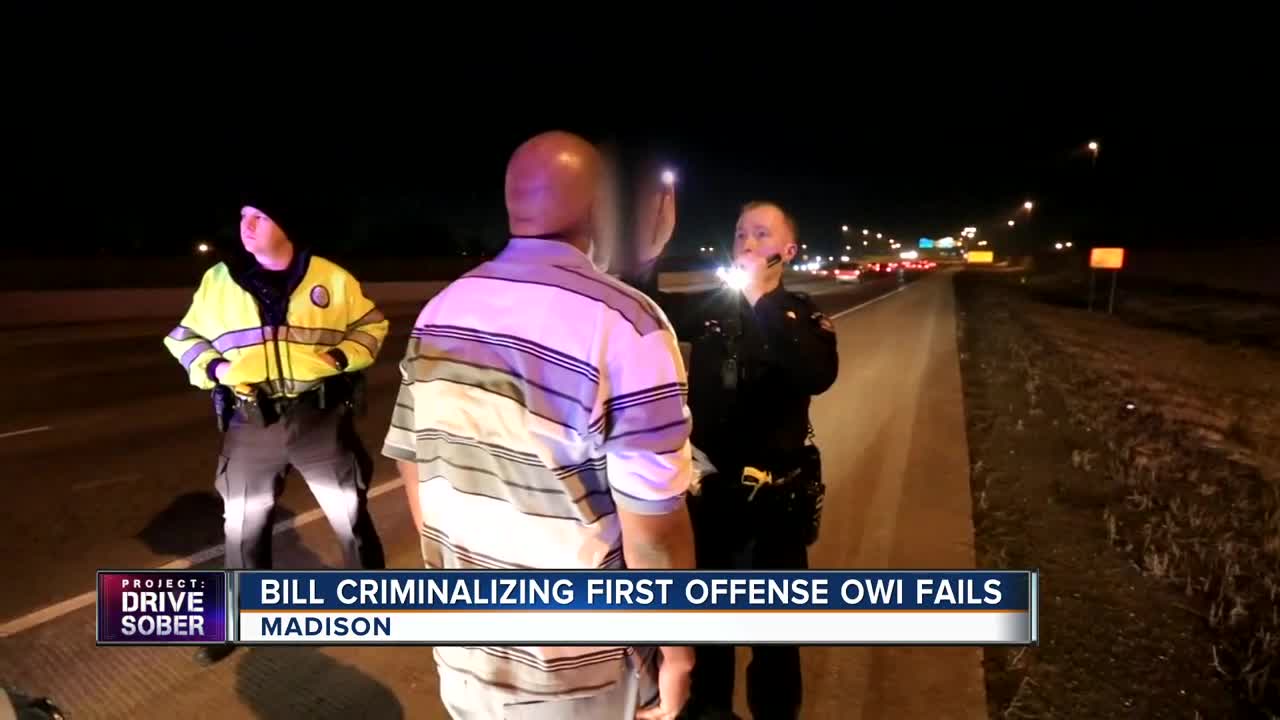 A proposal to make a first time OWI a criminal offense was not included in a package of bills unanimously approved in Madison Wednesday.

MADISON — A proposal to make a first time OWI a criminal offense was not included in a package of bills unanimously approved in Madison Wednesday, but lawmakers did approve a bill to require those offenders to appear in court.

The bill was absent on an agenda released 24 hours before Wednesday’s meeting.

"It doesn’t seem possible to get passage of the vote so we chose a different tactic, that is to have the individual go before the judge and be accountable for their offense," said Darling.

Wanggaard declined to comment on the decision to remove the bill from the agenda.

Instead, the proposal to make a first offense OWI offender appear in court approved unanimously, with committee members praising the measure in committee discussion.

The plan will go before Senate leadership before it heads to the full floor. Darling said she was optimistic it would get a full vote in the Senate later this session.