US leads the world in child gun deaths 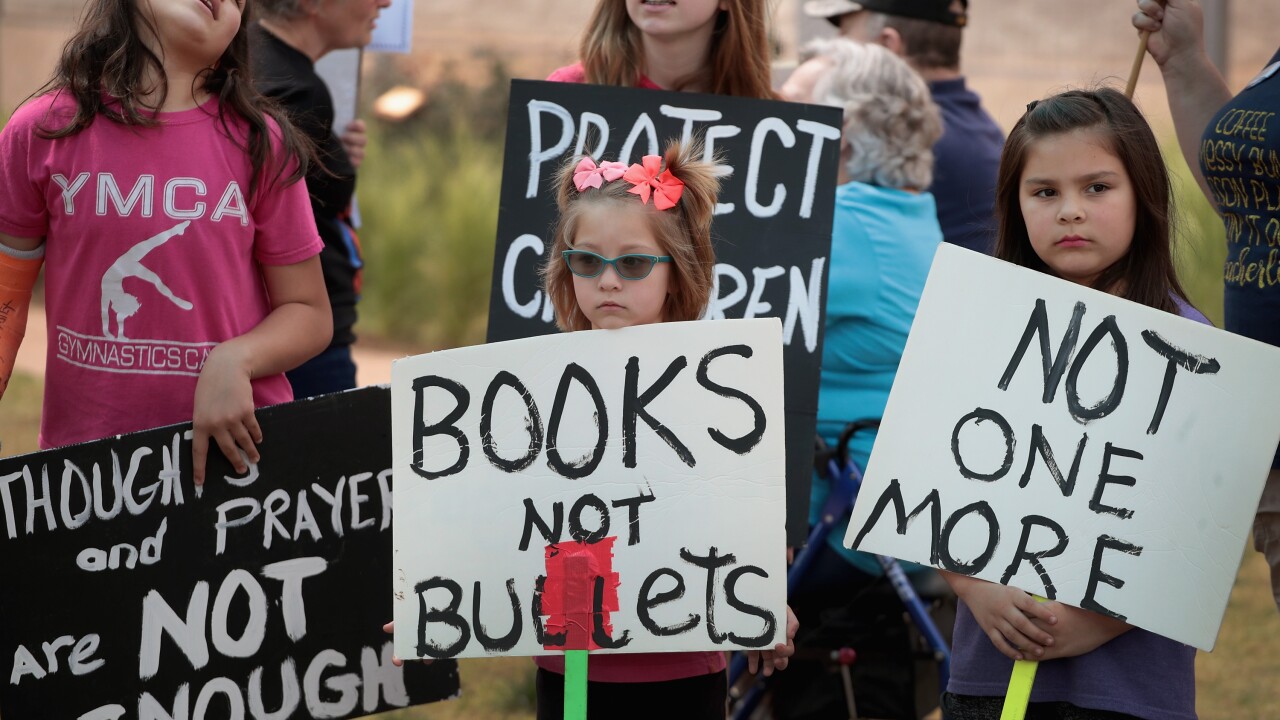 Scott Olson/Getty Images
ROUND ROCK, TX - MARCH 24: Children participate in a March for Our Lives rally on March 24, 2018 in Round Rock, Texas. More than 800 March for Our Lives events, organized by survivors of the Parkland, Florida school shooting on February 14 that left 17 dead, are taking place around the world to call for legislative action to address school safety and gun violence. (Photo by Scott Olson/Getty Images)

(CNN) -- Death by gunshot was the second-highest cause of death in the United States in 2016 among children and adolescents ages 1 to 19, according to a study released Thursday in the New England Journal of Medicine.

The study analyzed data from US death certificates from 57 jurisdictions. Comparing the data with that of previous years, the study authors found a 28% relative increase in the rate of firearm deaths from 2013. Over those three years, firearm homicide rose by 32% and firearm suicide rose by 26%, while unintentional firearm deaths remained relatively stable.

The results mimic data released by the US Centers for Disease Control and Prevention in June, which showed a decline in overall childhood deaths from illness but a starling rise in accidental deaths, homicides and suicides. Many of those were attributed to traffic accidents, drugs and firearms.

"This is a wake-up call that we need to pay attention to the health and well-being of our children," Dr. Tina Cheng, director of the Department of Pediatrics at Johns Hopkins Medicine, said at that time.

Dr. Thomas Weiser, a trauma surgeon at Stanford University Medical Center, said that "without a doubt, easy access to guns drives the homicide rate in the United States. This is such a fundamental issue to address through gun safety programs that are effective and widespread."

The new analysis, done by the University of Michigan, found that 20,360 children died in 2016, the most recent year in which national data was available. More than 12,000 deaths, or 60%,were from injury-related causes. Motor vehicle injuries led the list at 4,074, but firearms injuries were close behind at 3,143 deaths, or 15% of the total deaths among children.

Solving this problem will require a "shift in public perceptions so that injury deaths are viewed not as 'accidents,' " the study concluded, but as deaths that can be prevented by changes in public health approaches.