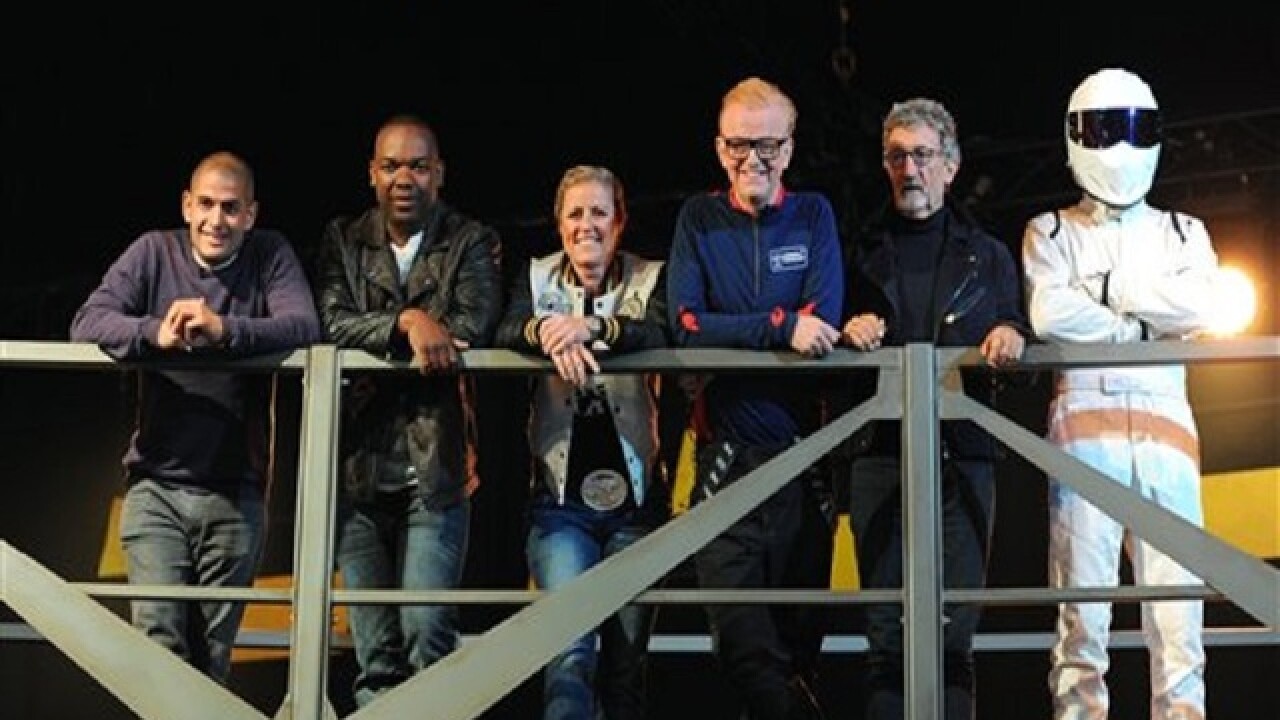 LONDON (AP) — Host Chris Evans says he's quitting the BBC's flagship car show "Top Gear," saying "standing aside is the single best thing I can do."
The show has struggled to draw a big audience since it was relaunched in May, hosted by Evans and Matt LeBlanc.
The revamped show attracted just 1.9 million viewers to its season finale on Sunday.
Mark Linsey, director of BBC Studios, says Evans believes that the remaining producing and presenting team will be able to "take the show forward and make it the hit we want it to be."
The show was rebooted following the high-profile departures of Jeremy Clarkson, Richard Hammond and James May. May and Hammond quit after Clarkson was fired for hitting a producer. The trio will host a new car show on Amazon Prime.
Copyright 2016 The Associated Press. All rights reserved. This material may not be published, broadcast, rewritten or redistributed.