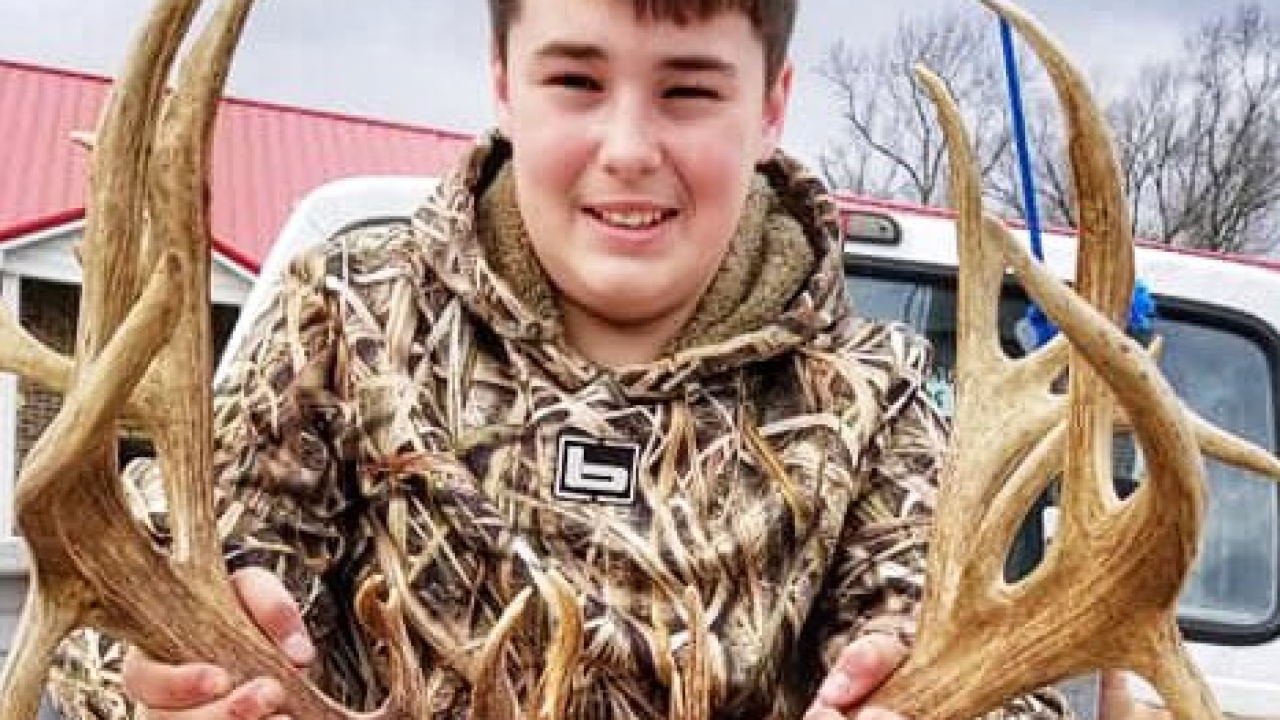 A Tennessee teenager had planned to go squirrel hunting Dec. 28, but he wound up with a much bigger prize, according to the Tennessee Wildlife Resources Agency.

When Bo woke up that day, he planned to hunt squirrels, but a friend called and asked him to shoot a buck that was spotted behind her house, according to the TWRA.


Bo did not rush over to the house because he wasn’t sure if his friend was trying to pull one over on him. Bo and his friend said the buck "looked like it had a big bush on its head" near the creek, the TWRA said.

The buck looked directly at the teen as he shot, the TWRA said.

“I got rattled and just started shaking,” Bo told the TWRA. He ended up hitting the deer three times in what he described as a "crazy hunt."

The buck has 27 scorable points and was about 61/2 years old, according to the TWRA.