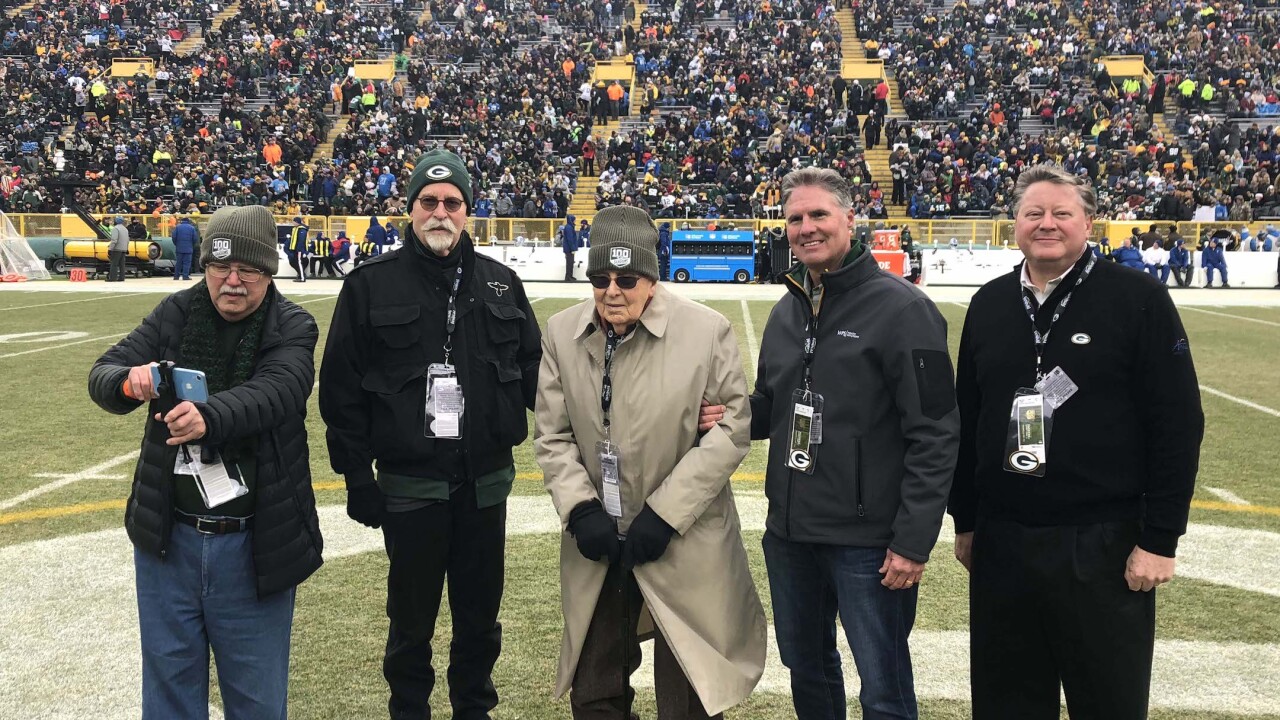 GREEN BAY, Wis. — A 100-year-old World War II veteran and his family were honored Sunday by the Green Bay Packers and WPS Health Solutions during a special “100 Seasons” tribute.

Operation Fan Mail, which began in 2007, honors families with a member who is on active duty or a veteran. The family member can be a spouse, mother, father, son, daughter or sibling.

The Packers and WPS Health Solutions hosted a family during every 2018 home game. A total of 117 individuals or families have been recognized through the program.

Nordby, who hails from Baldwin, Wis., earned his medical degree in 1943 from the University of Wisconsin and served as a military surgeon in the U.S. Army Medical Corps during World War II. He first served in Okinawa, Japan, and then in South Korea after the war.

If your family would like to be considered for next season, please submit an essay, 500 words or less, about why a particular fan should be saluted.

Besides being recognized on the field before the game, selected families receive four tickets to the game.