Suspect was kicked out of Kansas bar before deadly shooting. He returned with guns, witness says 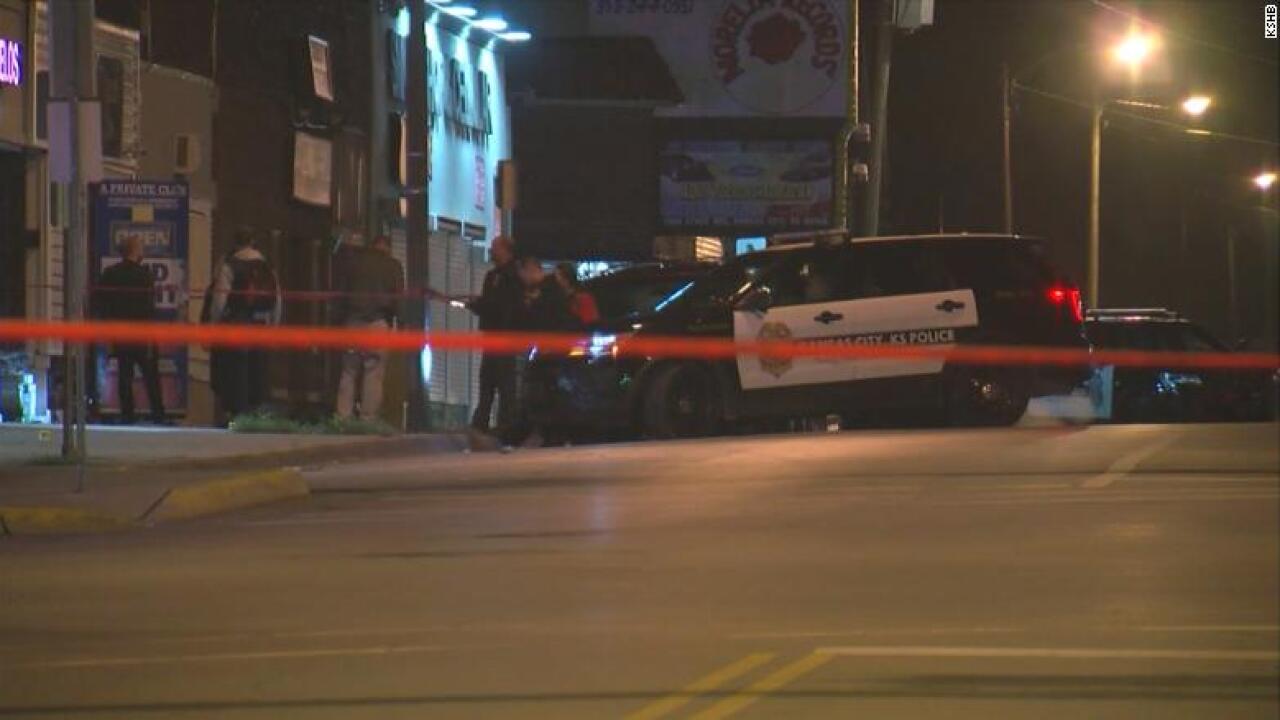 Regulars at a Kansas bar are still trying to understand why gunmen opened fire into a venue filled with people, leaving four men dead and five people injured.

At least 200 people attended an emotional candlelight vigil Sunday in the parking lot of Tequila KC bar in Kansas City, a scene filled with crying friends and family members of the victims. Photos of three of the four men killed were displayed behind candles.

"The families need closure, they have a lot of questions. We just want to know why somebody would do this here," said Toni Maciel, whose cousins were among the wounded. "There's families here, but you get outsiders ... they come and do something like this, it kind of hurts."

The four slain victims were all Hispanic men, said police spokesman Thomas Tomasic. They were identified as a man in his late 50s, another in his mid-30s and two in their mid-20s. Two of the men were Mexican nationals, Marcelo Ebrard, Mexico's minister of foreign affairs, said on Twitter Sunday.

The five people injured are in stable condition, and some have been released from the hospital, police said.

Celeste Trevino told CNN through tears Sunday one of the victims saved her life by pushing her aside before he was killed.

"I don't feel like I'm ever going to be the same after seeing something like that," Trevino said. "It's hard for me to be here because every time I close my eyes, I see it and I think about it."

Trevino said she had been dancing with the man who saved her life.

"I just remember holding his face. And I'm pretty sure he still had my lipstick on his cheek when he died, because I remember kissing him on the cheek," Trevino said, adding that her brother-in-law was also among those killed.

Kansas City police have not made any arrests in connection with the shooting. A manhunt is underway for two men believed to be responsible.

An argument may have prompted the shooting

The two men walked into the Tequila KC bar around 1:30 a.m. Sunday (2:20 a.m. ET) with handguns and started shooting, police said. There were about 40 people in the bar at the time.

The shooting may have stemmed from an argument that occurred inside the bar hours earlier, Tomasic said.

A bartender, Jose Valdez, told CNN affiliate WDAF the problem started when he refused to serve a man who'd caused problems months earlier. The man threw a glass at him and was thrown out of the club, Valdez said.

A few hours later, that man and a second man came through the back door with pistols, he said.

Tequila KC bar was known as a communal spot

The gunfire prompted customers to stampede out of the private, members-only venue, Valdez and Tomasic said.

Regulars of Tequila KC bar described it Sunday as a gathering spot where everyone knows each other.

It was always a safe and welcoming place to adults from their 20s to their 60s, Maciel said. People would come after work for a drink, and guests generally know each other and their families.

"It's unfortunate it happened here, because this is the place to go," she said. "Now when we hang out, it's going to be kind of different, not the same vibe."