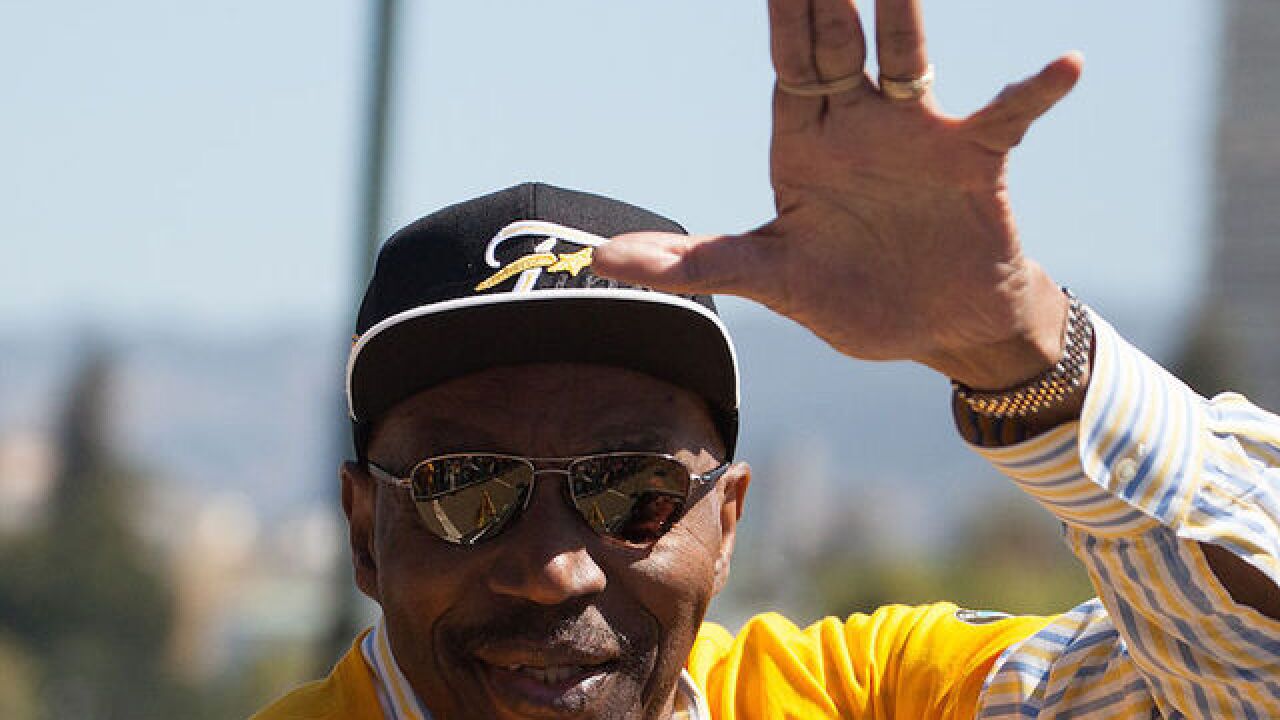 SAN FRANCISCO (AP) — Nate Thurmond, a Hall of Fame center and longtime Golden State Warrior, died Saturday after a short battle with leukemia. He was 74.

The Golden State Warriors announced the death of one of the team's most iconic players less than a month after they lost the NBA championship to the Cleveland Cavaliers in seven games. Both franchises previously retired the Akron, Ohio native's No. 42 and he is an iconic figure in both cities.

Thurmond played 11 of his 14 seasons with the Warriors and retired after the 1976-1977 season, one year after leading the "Miracle" Cavaliers to an improbable trip to the NBA finals.

"Without a doubt, he is one of the most beloved figures to ever wear a Warriors uniform," Golden State owner Joe Lacob said.

The 6-foot, 11-inch Thurmond was voted as one of the best 50 players in NBA history and is considered among the most-dominating centers in the game.

Thurmond's play and numbers weren't flashy, but he earned the respect of his peers and knowledgeable basketball fans for his consistency, defense and strength.

"Looking back, he was as ferocious as any player in the history of the game on the court, but one of the kindest and nicest souls in his everyday life," said former teammate Al Attles.

He recorded the first official quadruple double in NBA history as a Chicago Bull when he had 22 points, 14 rebounds, 13 assists and 12 blocked shots against the Atlanta Hawks in 1974. He is one of only four players to grab more than 40 rebounds in a game.

The Warriors drafted Thurmond with the third overall pick in the 1963 draft after he graduated from Bowling Green State near Toledo.

Thurmond apprenticed under Hall of Fame center Wilt Chamberlain until the Warriors traded Chamberlain to the Philadelphia 76ers in the middle of the 1964-65 season. Thurmond went on to average 15 points and 15 rebounds a game during his career and still holds the Warriors franchise records for career rebounds and minute played.

The Warriors traded Thurmond to the Bulls prior to the 1974-75 season. The Bulls traded him after 13 games the next season to his hometown Cavaliers, where he closed out his career in style.

Cavaliers teammate Campy Russell said Saturday that "the Cavaliers franchise will always love and respect him as a true Cavalier legend."

Though he played less than two seasons for the Cavaliers at the end of his career, his jersey number was the first retired by the team.

After the seven-time All-Star selection retired, he worked for the Warriors as a community liaison and broadcast analyst until his illness sidelined him earlier this year. Thurmond also opened a popular barbecue restaurant in San Francisco called Big Nate's BBQ, which he sold in 2011.