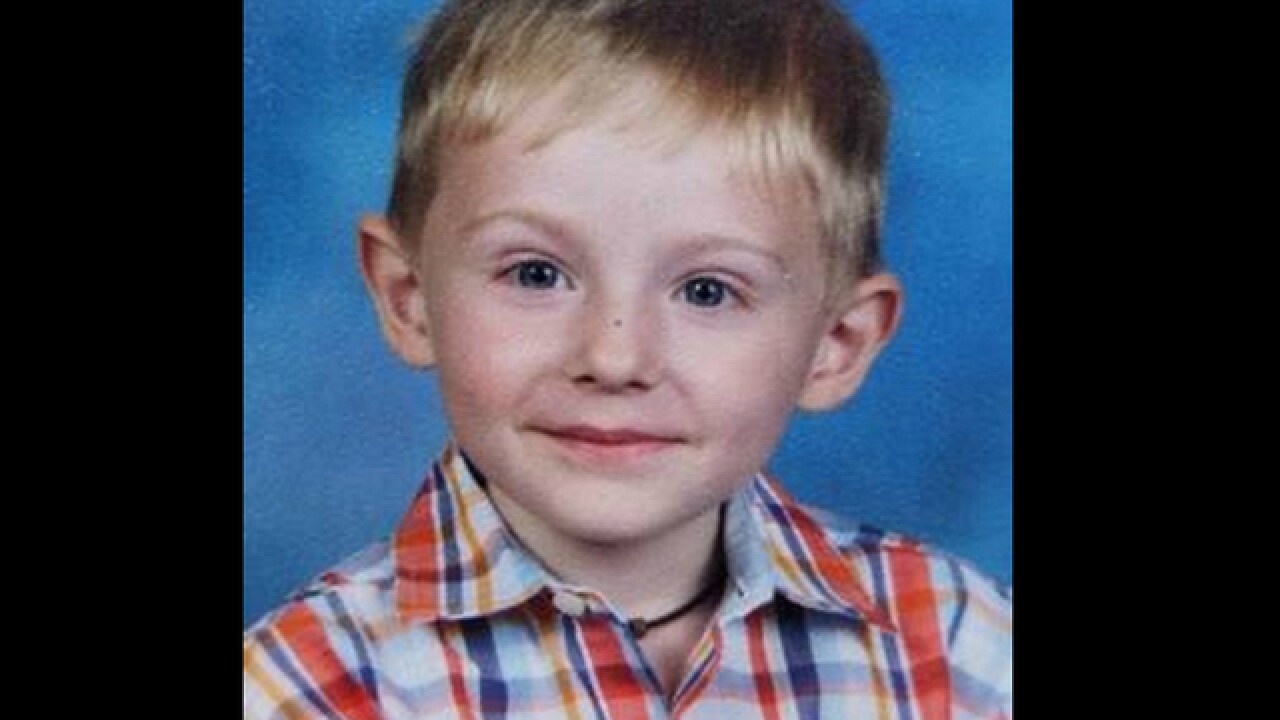 © 2018 Cable News Network, Inc.
Gastonia Police Dept
<p>Authorities are searching for a 6-year-old boy with autism, who is described as nonverbal and has been missing since Saturday.</p>

Police hope a missing autistic boy will respond to his mother and father's voices, and they're pumping prerecorded messages from his parents into the woods of a sprawling park in Gastonia, North Carolina, in hopes of drawing out the youngster.

The search for Maddox Scott Ritch, who is nonverbal, entered its fourth day Tuesday.

The 6-year-old was last seen Saturday in the city's Rankin Lake Park. On Monday, local, state and federal authorities expanded their search 2 miles beyond the park's boundaries, city police said.

Maddox's parents, who have not been identified, worked with law enforcement to record messages that search teams are piping into the park to coax him out, FBI supervisory special agent Jason Kaplan said at a news conference Monday afternoon.

"If he's lost in the woods, he'll be able to hear those messages played, and we're hoping that he'll come to the words of his mother and his father," Kaplan said.

The park's grounds include trails and paved walking paths, an 80-acre lake, about a dozen picnic shelters and an 18-hole disc golf course, according to city of Gastonia's website.

Authorities are draining water from the lake to expose more of the shoreline for examination, and police are contacting businesses around the park to see if they have useful surveillance video, Gastonia police Chief Robert Helton said.

"We want to make sure that we're checking every possible spot to find this child," he said.

Helton said agents and detectives from more than a dozen local, state and federal agencies are conducting interviews and have generated more than 80 leads.

Maddox was last seen with his father and another adult at the park around 1:30 p.m. Saturday, according to CNN affiliate WSOC in Charlotte.

"They were walking around the lake," Gastonia city spokeswoman Rachel Bagley told WSOC. "They got around to the back side of the lake. He started running, according to the parents, and when they started running after him, they lost sight of him, and no one has seen him ever since."

On Sunday, police canceled all activities at the park and closed it to the public until further notice.

Authorities said they are investigating all possibilities into what led to Maddox's disappearance.

"If you were at Rankin Lake Park on Saturday and saw Maddox or took video or photos of their outing at the park, call us," Helton said Sunday. "We know a lot of people were in the park, and we have spoken to many of them, but we have not spoken to everyone. No piece of information is too small. Something you may think is insignificant could be helpful to our case."

Police said Maddox is 4 feet tall and weighs 45 pounds. He has blond hair and blue eyes. Maddox was last seen wearing an orange T-shirt with the words "I am the man," along with black shorts and closed-toe sandals.