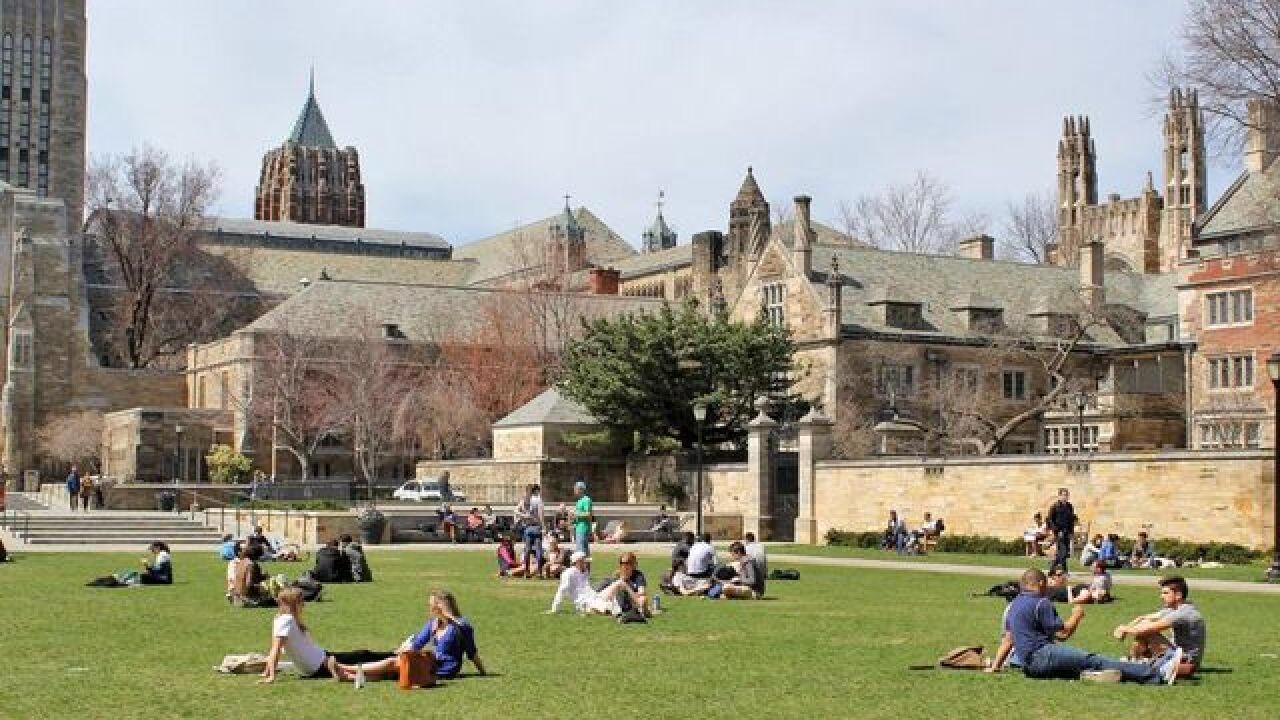 NEW HAVEN, Conn. (AP) — A Yale University graduate is suing the Ivy League school over allegations she was wrongly removed from campus after she sought counseling for depression as school officials worried about more negative publicity following two student suicides.

The Yale Daily News reports the lawsuit was filed Nov. 5 in federal court in New Jersey by a woman known only in court documents as "Z.P."

A Yale spokeswoman says university officials do not comment on pending litigation.

The woman says Yale violated her constitutional rights by placing her on mandatory medical leave after she sought counseling in November 2016, the same month as the two suicides. She alleges she was unlawfully held for involuntary treatment at Yale-New Haven Hospital and hospital staff illegally gave her medical information to Yale officials.

The woman's lawyer, Robert De Groot, said his client is seeking damages for Yale's violations of the federal Americans with Disabilities Act, saying school officials did not "assist or accommodate" her for her depression and illegally denied her due process by forcibly removing her from campus.

De Groot accused Yale officials of forcing the student to leave school only because they did not want another suicide to spur more negative media coverage.

"This was not done to assist this young woman," De Groot told the student newspaper. "This was done to protect (Yale's) own image from being tarnished."

After she was placed on medical leave, the woman appealed to Yale officials to let her stay on campus.