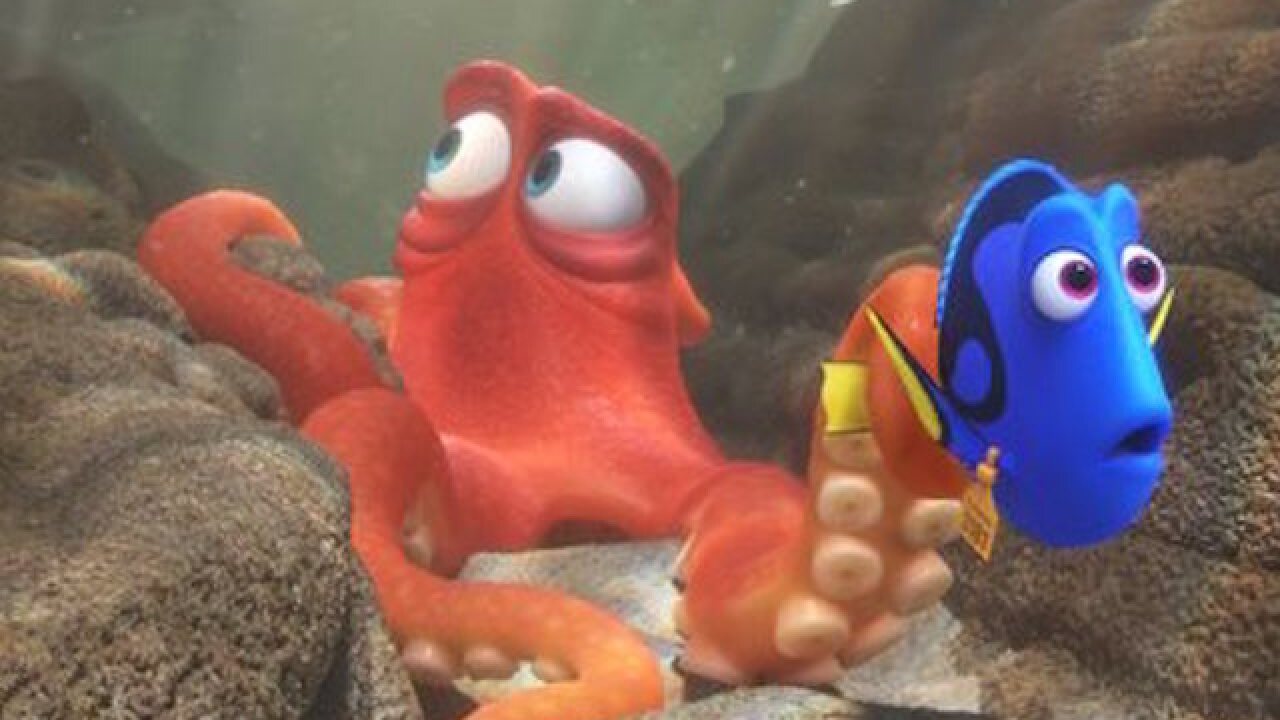 Pixar
<p>This image released by Disney shows the characters Hank, voiced by Ed O'Neill, left, and Dory, voiced by Ellen DeGeneres, in a scene from "Finding Dory." (Pixar/Disney via AP)</p>

NEW YORK (AP) — It's Dory's ocean. The rest of the movies are just swimming in it.

The Pixar sequel "Finding Dory" led the box office for the third straight weekend, dwarfing "The Legend of Tarzan" and Steven Spielberg's Roald Dahl adaption "The BFG," both big-budget debuts that had hoped to dominate the July 4th holiday.

But modest enthusiasm for the high-profile new releases left the weekend to "Dory" again, which came in No. 1 with $41.9 million, according to studio estimates Sunday. Disney expects the film to make about $50 million over the four-day holiday weekend. It's grossed $538.2 million globally in three weeks.

"Tarzan" came the closest to dethroning "Dory" with $38.1 million. While that total was better than expected, it's far from chest-thumping for a movie that cost Warner Bros. $180 million to make. Critics largely panned the David Yates-directed film, staring Alexander Skarsgard as the King of the Jungle and Margot Robbie as Jane. But audiences gave it a respectable A-minus CinemaScore.

The horror sequel "The Purge: Election Year" opened solidly with $30.9 million, in line with previous "Purge" installments where crime in America is legal for 12 hours every year. Given that the Universal release, produced by Blumhouse Productions, cost a mere $10 million to make, it was the most lucrative opening of the week.

The continued success of "Dory," however, bit into the similarly family-friendly "The BFG," which debuted weakly with $19.6 million. The Spielberg film, starring Mark Rylance as the titular giant, cost about $140 million to make. Reviews were largely good but not glowing. Despite a red-carpet premiere at the Cannes Film Festival, Spielberg's first film for Disney didn't click with audiences.

"It's frustrating when there's a disconnect between the critical response, the consumer response and ultimately the box office," said Dave Hollis, distribution head for Disney. "But we've got every reason to be hopeful for the midweek business ahead, every reason to be hopeful for a nice long run. And we've only opened in two international markets: Australia and Russia."

The weekend's tailor-made option, "Independence Day: Resurgence," had hoped to open big last week and play through the holiday weekend. Instead, the 20th Century Fox release bombed and dropped steeply in its second week, sliding 60 percent to $16.5 million in fifth place.

The diverse slate of releases didn't produce a runaway hit, but overall business was up in theaters from recent July 4th weekends, partially since the holiday fell on a Monday this year.

"Considering the roller-coaster year we've been having, this was a solid Fourth of July," said Paul Dergarabedian, senior media analyst for comScore. "In terms of the cumulative numbers, it was a really good showing, though individual films may have had their challenges."

Estimated ticket sales for Friday through Sunday at international theaters (excluding the U.S. and Canada), according to comScore: