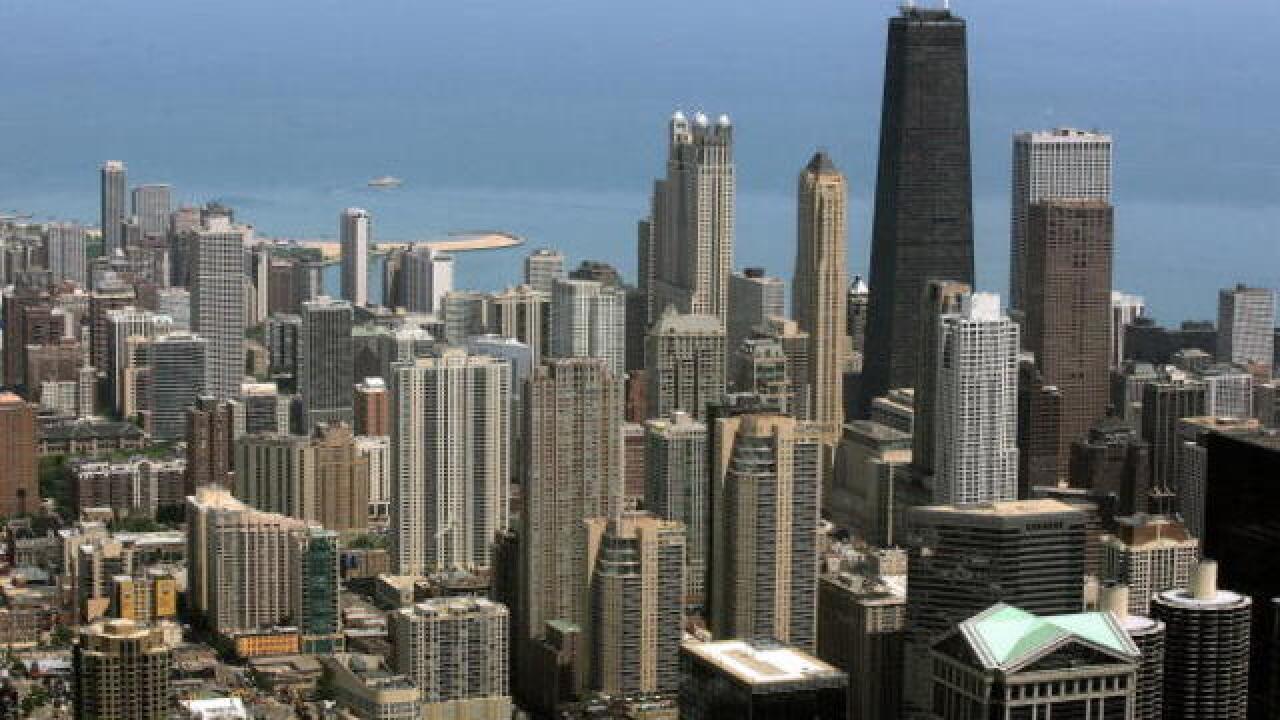 Image copyright 2017 Getty Images. All rights reserved. This material may not be published, broadcast, rewritten, or redistributed.
Tim Boyle
<p>A suspect was sought at the end of March in 2016 after he recorded a live-stream video while firing multiple gunshots at a Chicago man. The footage went viral, and police used the video to investigate the incident. It happened on a weekend where Chicago experienced an extremely high shootings rate. This incident was believed to be gang-related.</p>

CHICAGO (AP) — People rescued from a trapped elevator in one of Chicago's tallest skyscrapers later learned they had dropped 84 floors.

The Chicago Tribune reported Monday that six people, including a pregnant woman, got into the elevator early Friday after leaving a restaurant on the 95th floor of the 875 North Michigan Avenue building, formerly the John Hancock Center. They heard noises and experienced a faster and bumpier than expected ride.

One of several cables holding the elevator broke and the car fell rapidly, landing somewhere near the 11th floor.

Firefighters broke through a wall more than 10 stories above ground from a parking garage to reach the people who were trapped inside.

The elevator and two others will be closed until repairs are made and officials figure out what happened.