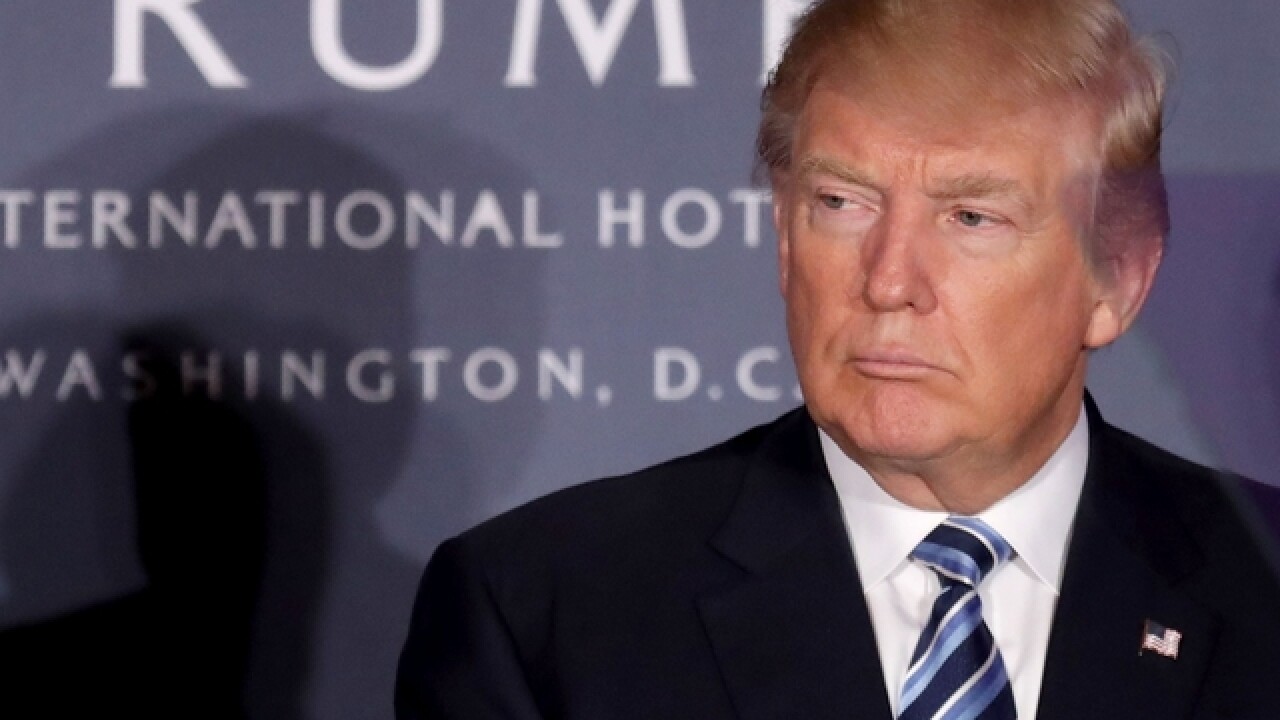 WASHINGTON (AP) — The incoming Democratic chairman of the House Judiciary Committee said Sunday it would be an "impeachable offense" if it's proved that President Donald Trump directed illegal hush-money payments to women, stressing a need for continuing investigations and a deeper look by Congress into the extent of presidential misconduct.

Rep. Jerry Nadler of New York described the details in prosecutors' filings Friday in the case of Trump's former personal lawyer, Michael Cohen, as evidence that Trump was "at the center of a massive fraud." Prosecutors for the first time link Trump to a federal crime of illegal payments to buy the silence of two women during the 2016 campaign, and they lay out previously undisclosed contacts with Russians during the 2016 election.

"They would be impeachable offenses," Nadler said of the illegal payments. "Whether they are important enough to justify an impeachment is a different question, but certainly they'd be impeachable offenses because even though they were committed before the president became president, they were committed in the service of fraudulently obtaining the office."

Nadler said it was too early to say whether Congress would pursue impeachment proceedings based on the illegal payments alone. Lawmakers would need to weigh the gravity of the offense to justify "overturning" the result of the 2016 election, he said. He and other lawmakers said Sunday they would need to await findings from special counsel Robert Mueller's investigation into Russian election interference and possible coordination with the Trump campaign.

Mueller has not said when he will complete a report of any findings and it isn't clear that any such report would be made available to Congress. That would be up to the attorney general. Trump on Friday said he would nominate former Attorney General William Barr to the post.

Nadler indicated that Democrats, who will control the House in January, will step up their own investigations into possible collaboration between the Trump campaign and Russia. He said Congress, the Justice Department and the special counsel need to dig deeper into the allegations, which include questions about whether Trump lied about his business arrangements with Russians and about possible obstruction of justice.

Democratic Rep. Adam Schiff of California, the incoming chairman of the House intelligence committee, also stressed a need to wait "until we see the full picture." He has previously indicated his panel would seek to look into the Trump family's business ties with Russia.

"I think we also need to see this as a part of a broader pattern of potential misconduct by the president, and it's that broad pattern, I think, that will lead us to a conclusion about whether it rises to the level to warrant removal from office," Schiff said.

In legal filings Friday, the Justice Department stopped short of accusing Trump of directly committing a crime. But it said Trump told Cohen to make illegal payments to porn actress Stormy Daniels and former Playboy model Karen McDougal, both of whom claimed to have had affairs with Trump more than a decade ago and who threatened his White House bid. Trump has denied any wrongdoing.
In separate filings, Mueller's team also laid out evidence of additional contacts between Trump associates and Russian intermediaries. They detail how Cohen spoke to a Russian who "claimed to be a 'trusted person' in the Russian Federation who could offer the campaign 'political synergy' and 'synergy on a government level.'" Cohen said he never followed up on that meeting.

Republican Sen. Marco Rubio of Florida called the latest filings "relevant information" that lawmakers should take seriously. But he stressed that Congress will have to "wait and see" what additional information comes out to render judgment.

"No one should be above the law," Rubio said.

Sen. Angus King, an independent from Maine and a member of the Senate intelligence committee, cautioned against a rush to impeachment, which he said citizens could interpret as "political revenge and a coup against the president."

"The best way to solve a problem like this, to me, is elections," King said. "I'm a conservative when it comes to impeachment. I think it's a last resort and only when the evidence is clear of a really substantial legal violation. We may get there, but we're not there now."

Democratic Sen. Chris Murphy of Connecticut urged Mueller to "show his cards soon" so that Congress can make a determination early next year on whether to act on impeachment.

"Let's be clear: We have reached a new level in the investigation," Murphy said. "It's important for Congress to get all of the underlying facts and data and evidence that the special counsel has."
Nadler spoke on CNN's "State of the Union," Rubio was on CNN and ABC's "This Week," and Schiff appeared on CBS' "Face the Nation." Murphy spoke on ABC, and King was on NBC's "Meet the Press."