One Denver woman set up a food pantry outside her home — a box encouraging neighbors to take what they need, and donate what they're able. 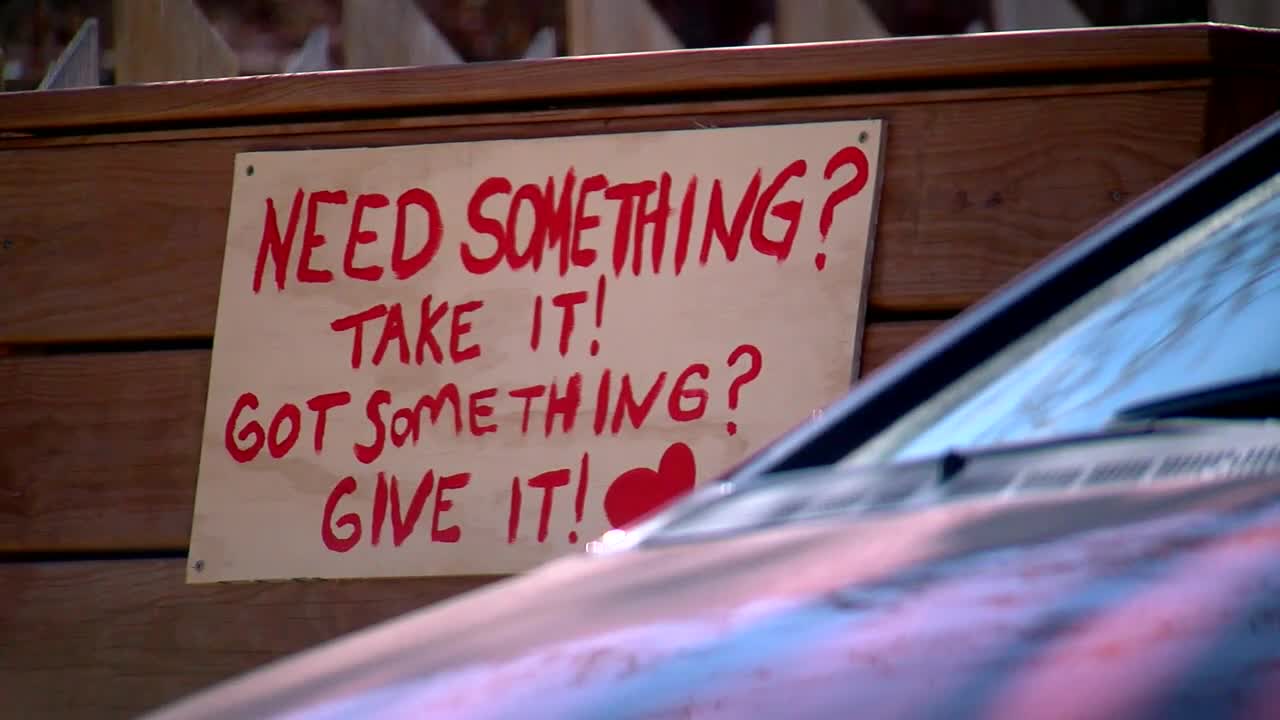 DENVER, Colo. — In the Clayton neighborhood of northeast Denver, Maggie Thompson wanted to do something to help while working from home due to the precautions in place from COVID-19.

“My first day home I was understandably kind of antsy, trying to get my feet under me and figuring out what I should be doing and how I can help some people out,” Thompson said.

Using a bench with a storage area her boyfriend built for her, Thompson decided it was the perfect place for people to drop off or pick up items and not have to come in contact with others. She said the response from her neighborhood has been great, with more people leaving food and supplies than those taking things right now.

“I’ve kind of told everyone hold still, but when you’re out grab a few extra things because I think we’re in front of the wave right now but the wave is gonna come in a week or so when people start to feel pinched," Thompson said.

Thompson is originally from Florida and grew up around hurricanes, which is where her desire to check on neighbors stems from. Her job currently is allowing her to work from home and still get paid, and she wanted to use this as an opportunity to help people who are not as fortunate.

“I know a lot of people out there aren’t going to be able to do that taking my privilege and using that as an ability to help out faults who don’t have a lot of options,” Thompson said. “We simply don’t have a big safety net in this country for people who need help, so anything that I can do to help makes me sleep better at night and I think it’s just the right thing to do.”

The box is located near 36th and Clayton. Thompson said they are welcoming items such as non-perishable foods, toiletries, and pet food.

This story was originally published by Sarah Bingham at KMGH.