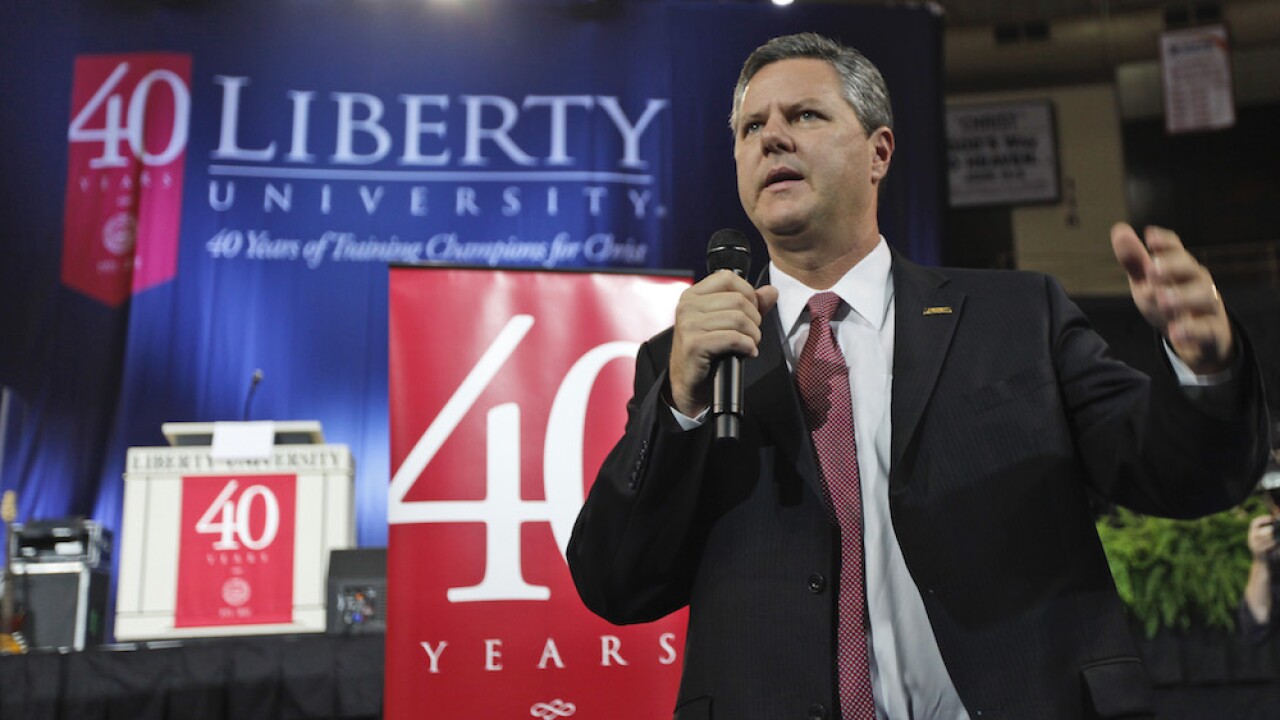 As colleges across the country have canceled classes for the remainder of the year in the hopes of limiting the spread of COVID-19, Liberty University in Virginia is welcoming students back to campus.

An order by Virginia Gov. Ralph Northam that bans gatherings of more than 10 people means that Liberty won't be able to hold-in person classes. But the school will still hold online classes and plans to allow students to live on-campus for the remainder of the school year.

School President Jerry Falwell Jr. told the Richmond Times-Dispatch that he expects between "several hundred and 5,000" students to return to student housing this week.

"I think we have a responsibility to our students — who paid to be here, who want to be here, who love it here — to give them the ability to be with their friends, to continue their studies, enjoy the room and board they've already paid for and to not interrupt their college life," Falwell told the Times-Dispatch.

Three other colleges near Liberty closed their dorms completely, allowing only those with nowhere else to live with the option to remain on campus.

The university's decision to open dormitories prompted one school employee to pen an op-ed denouncing the move for Religion News Service.

Falwell, an adamant supporter of President Donald Trump, has downplayed the risk of COVID-19 in several media appearances in recent weeks. Last month, Falwell floated an unsubstantiated conspiracy theory on Fox News, implying that COVID-19 was created by North Korea.

During a Tuesday briefing at the White House, Trump implied that he would like to see the country go back to work in about a week — a move that would contradict recommendations by his administration's top health officials.