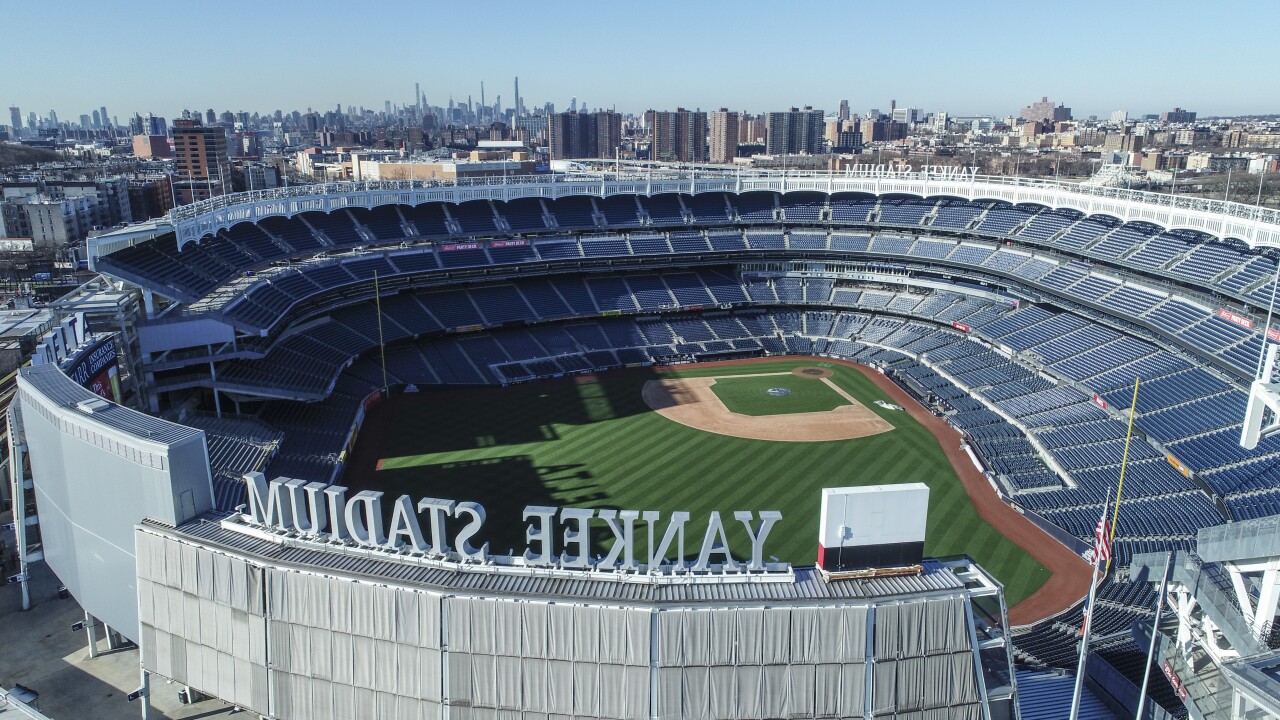 Copyright 2020 The Associated Press. All rights reserved.
John Woike/AP
Yankee Stadium remains closed due to COVID-19 restrictions, Thursday, March 26, 2020, in the Bronx borough of New York. To baseball fans, opening day is an annual rite of spring that evokes great anticipation and warm memories. This year's season was scheduled to begin Thursday, but there will be no games for a while because of the coronavirus outbreak. Major League Baseball has postponed opening day until mid-May at the earliest. (John Woike/Samara Media via AP)

LOS ANGELES (AP) — A pair of fans in New York sued Major League Baseball, Commissioner Rob Manfred and the 30 teams, asking for their money back for tickets and for certification of class-action status.

The lawsuit was filed in federal court in Los Angeles by Matthew Ajzenman, who said he bought a partial season plan for more than 20 Mets games; and Susan Terry-Bazer, who said she purchased six tickets for a May 9 game at Yankee Stadium against Boston.

Ticketmaster, Stubhub, Live Nation and Last Minute Transactions are among the defendants.