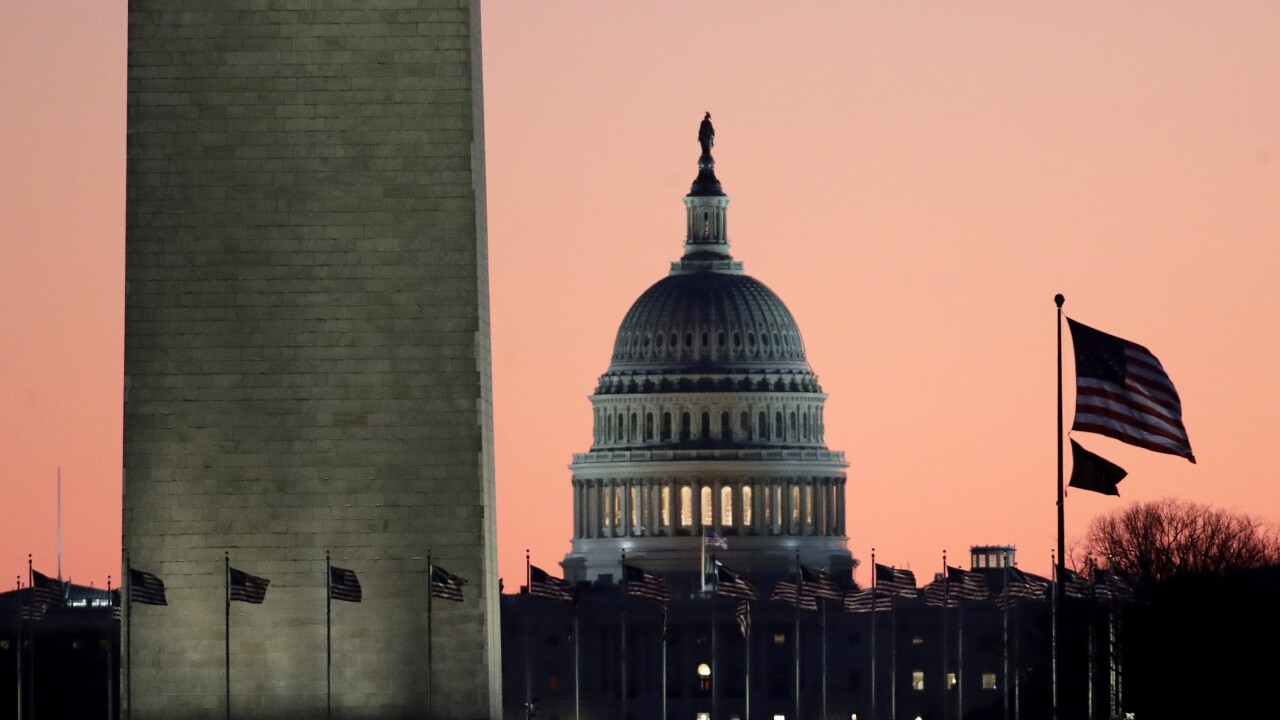 Copyright 2019 The Associated Press. All rights reserved.
Julio Cortez/AP
The U.S. Capitol building, center, is seen next to the bottom part of the Washington Monument, left, before sunrise on Capitol Hill in Washington, Thursday, Dec. 19, 2019, a day after the U.S. House voted to impeach President Donald Trump on two charges, abuse of power and obstructing Congress. (AP Photo/Julio Cortez)

For the second time in as many days, a $2 trillion coronavirus stimulus package failed a key procedural vote in the Senate.

The bill, which was introduced by the Trump administration, was blocked after Democratic Senators voted against it.

Democrats have said the bill offers too much to corporations and not enough protection against the funds being used for stock buybacks and executive pay. Republicans urge that the bill be passed quickly, so the federal government begin sending Americans checks of up to $1,200 to help stimulate the economy.

As the Senate bill failed, House Speaker Nancy Pelosi introduced her own stimulus bill in the House of Representatives — a move that could lengthen the amount of time it could take for the government to provide aid to economically strapped Americans.