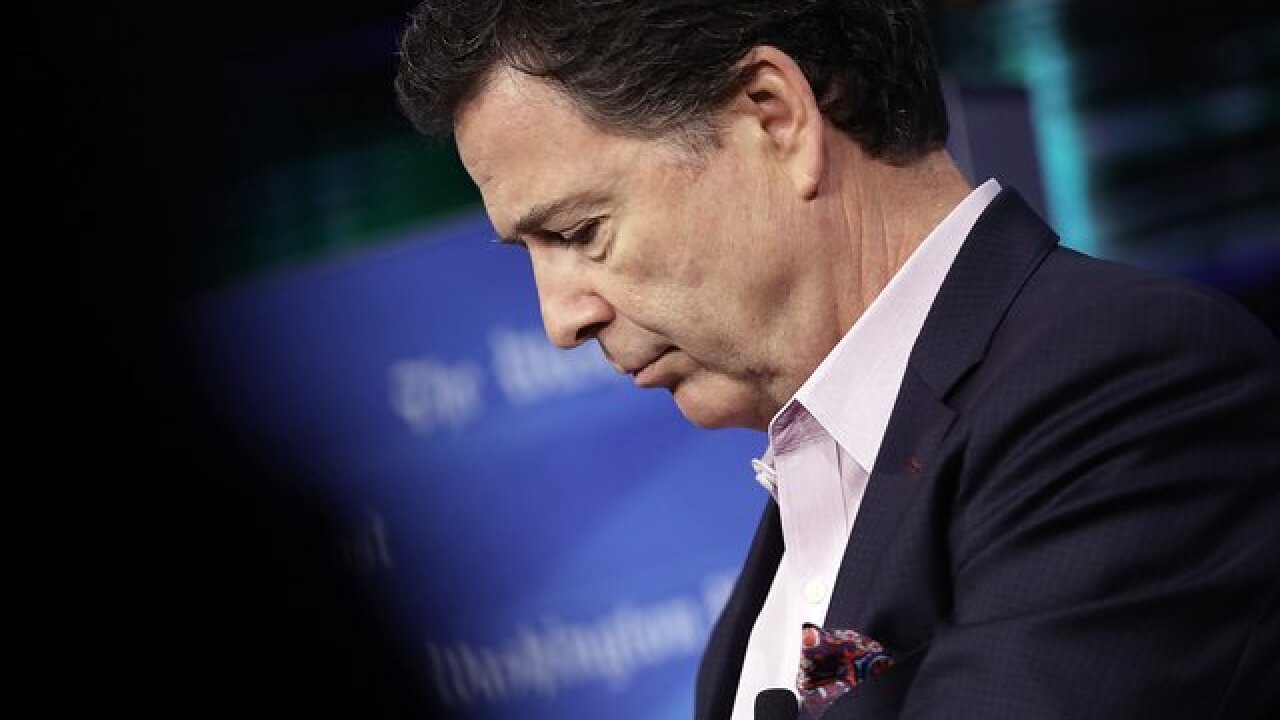 "All of us should use every breath we have to make sure the lies stop on January 20, 2021," Comey told an audience at the 92nd Street Y on New York City's Upper East Side. He all but begged Democrats to set aside their ideological differences and nominate the person best suited to defeating Trump in an election.

"I understand the Democrats have important debates now over who their candidate should be," Comey told MSNBC's Nicolle Wallace, "but they have to win. They have to win."

Over the course of more than an hour, Comey repeatedly derided Trump's character, again likening the atmosphere around the President to what he saw in prosecuting mafia figures and suggested that Trump's tweets could eventually amount to witness tampering. Asked if Trump might be an unindicted co-conspirator in some of the crimes recently described by special counsel Robert Mueller, Comey said he didn't know, "but if he's not there, he's certainly close."

Still, Comey said he hoped that Trump would be swept out of office without being impeached. Framing the rise of Trumpism as a political ill the country needed to exorcise at the ballot, he expressed a hope that Americans would "in a landslide rid ourselves of this attack on our values."

"Removal by impeachment would muddy that," he said, and potentially leave a third of the country feeling like their chosen leader had been removed in a "coup."

Trump's decision to fire Comey in May 2017 was a key factor in the appointment of Mueller, who was handed the job by Deputy Attorney General Rod Rosenstein in the aftermath of Comey's dismissal and the subsequent leak of a memo in which he recounted Trump asking that he end an investigation into former national security adviser Michael Flynn. In a book and in public statements, Comey has become a leading critic of Trump -- and Trump has berated him in turn, relentlessly and usually on Twitter.

Hours earlier, Trump attacked Comey in a pair of testy morning tweets, claiming without evidence that the former FBI chief had lied on Friday in his testimony to the House Judiciary and Oversight committees.

"Leakin' James Comey must have set a record for who lied the most to Congress in one day. His Friday testimony was so untruthful!," Trump wrote, adding in a second post: "On 245 occasions, former FBI Director James Comey told House investigators he didn't know, didn't recall, or couldn't remember things when asked."

Comey laughed at the idea Trump had even looked over the actual testimony, joking to Wallace before she could read the tweets, "He's finished reading the 253 pages?"

After hearing the words out loud, he turned serious.

"My reaction to it is actually disturbing to me, which is kind of, 'Eh, there he goes again.' I thought I was 'Lyin' James Comey' now I'm 'Leakin' James Comey'. But I kind of shrug and sometimes smile and laugh about it and then I have a secondary reaction, which is to be horrified at my own numb reaction," Comey said. "We have to remind ourselves the President of the United States of America is publicly announcing that people are committing crimes, that they should be in jail."

Asked if Trump's tweets could be viewed as witness tampering, Comey answered carefully -- insisting he had no insight into Mueller's thinking.

"I'm not prepared to judge it," Comey said, "but again, if I were prosecuting a case in the Southern District of New York and a prominent person started attacking my witnesses, I'd want to know so what's going on there and does that cross the line from free speech, which we have to keep protected, into something else?"

Speaking about the period before the 2016 election, Comey was unsparing of Republican congressional leaders who he said opposed making public intelligence community concerns over Russian interference.

"To their everlasting shame, the leaders -- (Senate Majority Leader Mitch) McConnell, (House Speaker Paul) Ryan -- refused," Comey said. "I think they're going to have a hard time explaining that to history."

He had kinder words for former President Barack Obama, describing the Democrat as a foil to Trump in almost every way.

"I was struck that Barack Obama is the best listener as a leader I had ever seen and Donald Trump is the worst I've ever seen," Comey said. "Obama had the confidence to be quiet and try and get that. Donald Trump is a deeply, deeply insecure person, so I don't see any prospect that he would be able to be quiet for long enough to hear the truth."