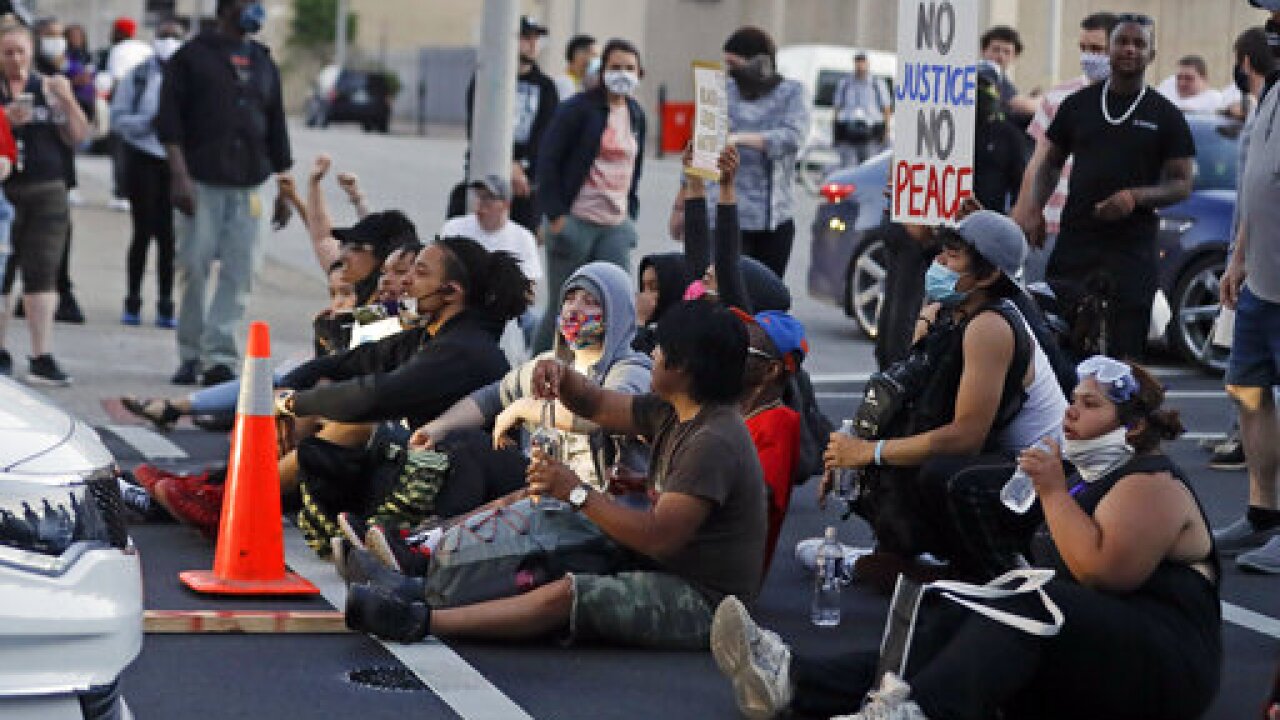 Copyright 2020 The Associated Press. All rights reserved
Darron Cummings/AP
People sit at in intersection during a protest over the deaths of George Floyd and Breonna Taylor, Saturday, May 30, 2020, in Louisville, Ky. Breonna Taylor, a black woman, was fatally shot by police in her home in March. (AP Photo/Darron Cummings)

Government leaders in the U.S. are warning that the massive protests following the death of George Floyd by police in Minneapolis could fuel a new surge in coronavirus cases.

In London, thousands joined an anti-racism protest Sunday over Floyd's death a day after hundreds attended a similar event in Berlin. Health experts fear that civil unrest in the United States could increase increase virus infections and deaths in the country that already leads the world in both categories.

Washington, D.C., Mayor Muriel Bowser says: “As a nation, we have to be concerned about a rebound.”