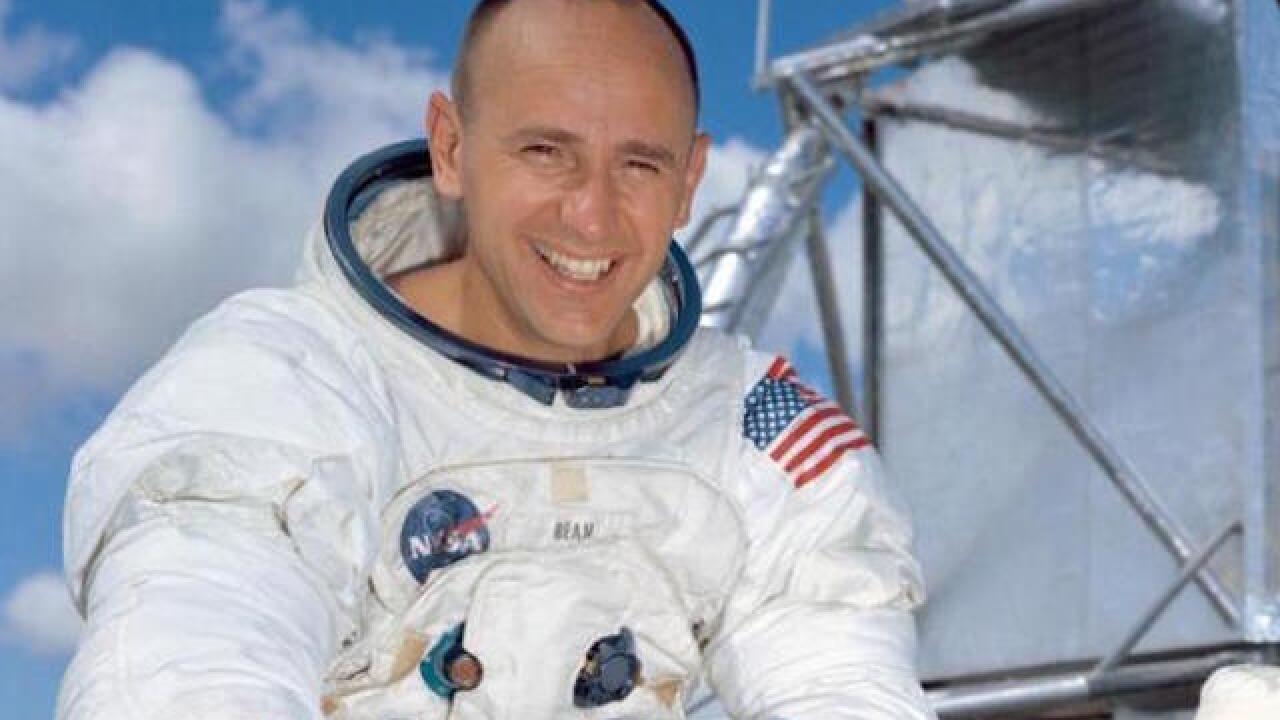 © 2018 Cable News Network, Inc.
NASA
<p>Apollo and Skylab astronaut Alan Bean, the fourth human to walk on the moon and an accomplished artist, has died, according to a family obituary posted to NASA??s website. Bean, 86, died on Saturday, May 26, at Houston Methodist Hospital in Houston, Texas. His death followed his suddenly falling ill while on travel in Fort Wayne, Indiana two weeks before, the statement said.</p>

Alan Bean, the fourth person to walk on the moon and the last surviving member of the Apollo 12 mission, died Saturday in Houston, according to his family and NASA. He was 86.

"Alan was the strongest and kindest man I ever knew," his wife, Leslie Bean, said in a statement. "He was the love of my life and I miss him dearly." She added he died "peacefully ... surrounded by those who loved him."

Born on March 15, 1932, in Wheeler, Texas, Bean was a test pilot in the US Navy when NASA selected him and 13 others in October 1963 for training to become the third group of NASA astronauts, according to the family obituary shared by the space agency.

His first mission to space was in November 1969 as a member of the Apollo 12 crew, the second to land on the moon, it said. He became the fourth man -- and one of only 12 in history -- to walk on the moon.

Bean also commanded the second crewed flight to the first US space station Skylab in July 1973.

After retiring from the Navy in 1975 and NASA in 1981, respectively, Bean became an artist and focused his energy on painting artistic impressions of the moon landing.

According to NASA, Bean based that decision on his nearly two decades of experience as an astronaut "during which he visited places and saw things no artist's eye had ever seen firsthand. He said he hoped to capture those experiences through his art."