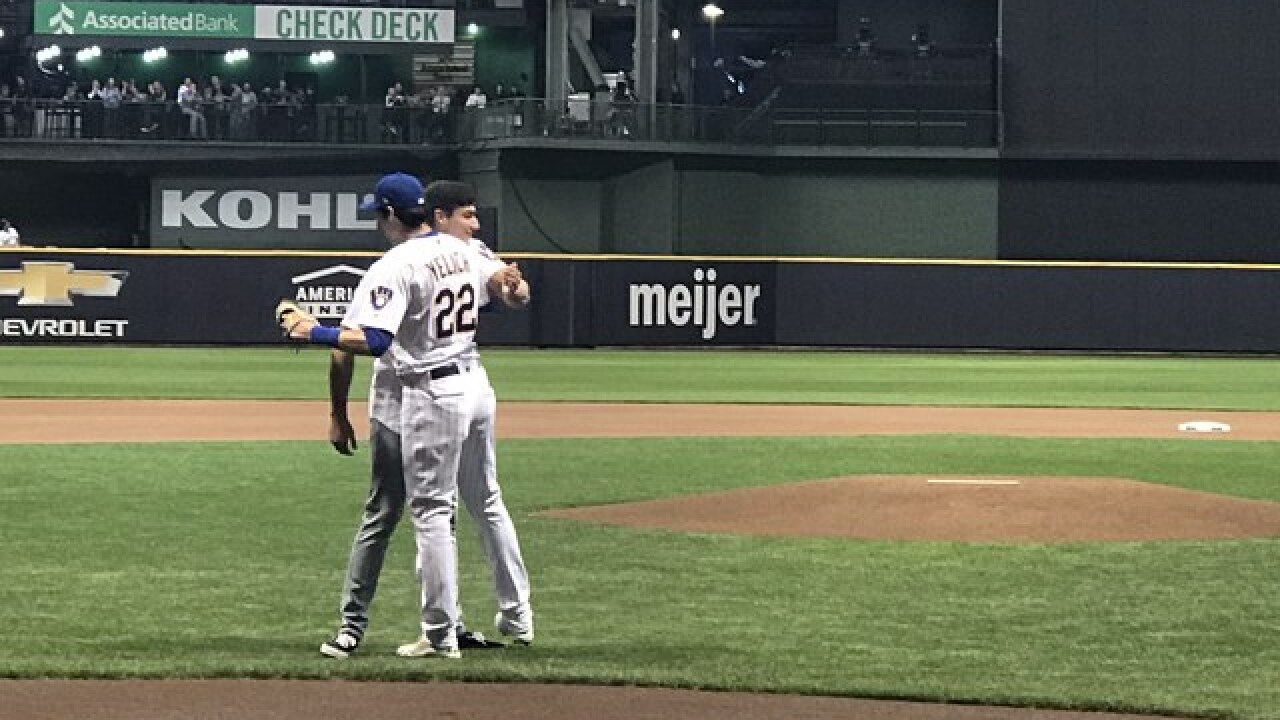 Friday was an electric night at Miller Park.

Sgt. Cameron Yelich was honorably discharged from the U.S. Marine Corps. His older brother set up behind the plate to catch the pitch.

"It was just like playing catch with my brother," the younger Yelich said. "Nothing too crazy."

"I'm happy for the Brewers and happy for my brother," he said.

With his brother in the stands, Christian Yelich then homered in his first at-bat of the night.

Fans at Miller Park said excitement is building around this year's team.

"This is euphoria," said Matt Krueger, a season ticket holder and lifelong Brewers fans. "There's so much excitement here about this team, and about what they've been able to do this year."

"This team is capable of going all the way - no doubt about it," said Jack Vance, a Brewers fan from South Milwaukee.

Christian Yelich's brother said his expectations are just as high.