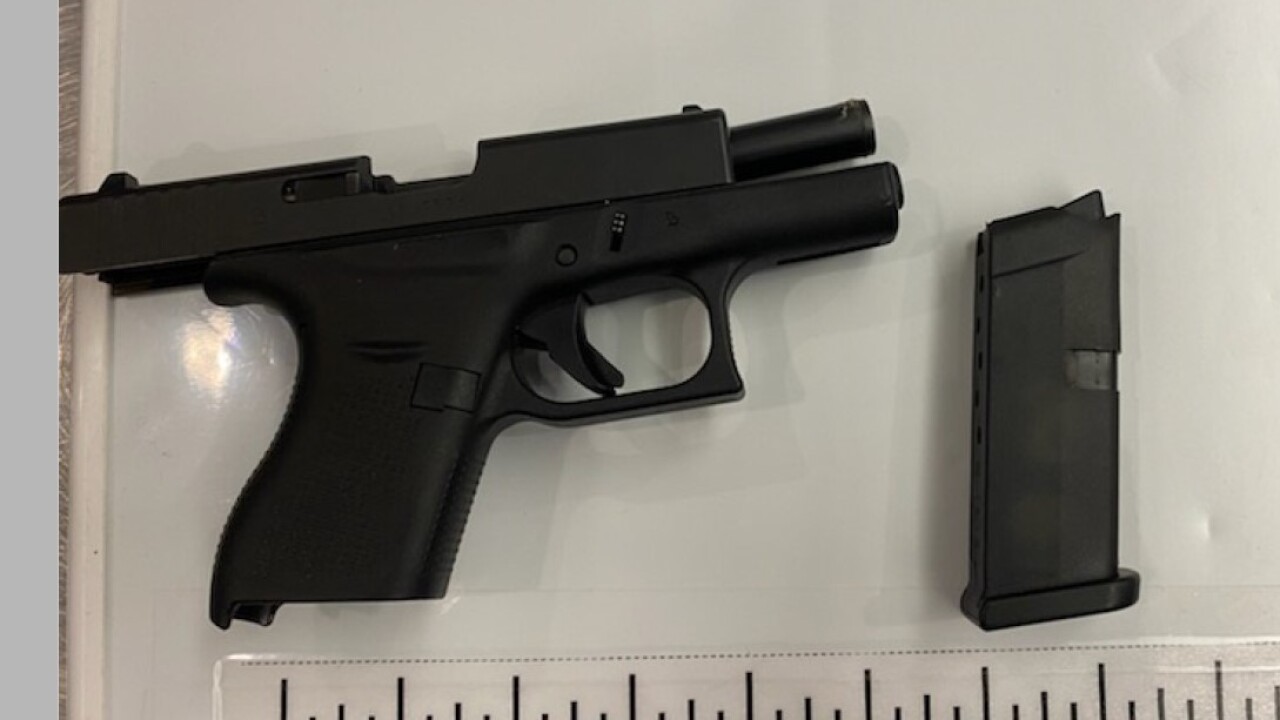 This handgun and loaded magazine were detected by TSA officers in a passenger’s carry-on bag at General Mitchell International Airport on Sept. 15. (TSA photo)

MILWAUKEE — A woman tried to bring a loaded .38 handgun onto a plane at General Mitchell International Airport before TSA officers stopped her in her tracks.

Around 6 a.m. Tuesday, a TSA officer noticed that the handgun was in the woman's handbag. The officials alerted the Milwaukee County Sheriff's Department, and a deputy soon arrived and confiscated the weapon.

According to the TSA, passengers are allowed to travel with firearms in checked baggage if they are properly packed in a hardback case, unloaded and declared at the airline check-in counter.