Wisconsin wedding videographer being sued for not showing up, misrepresenting work 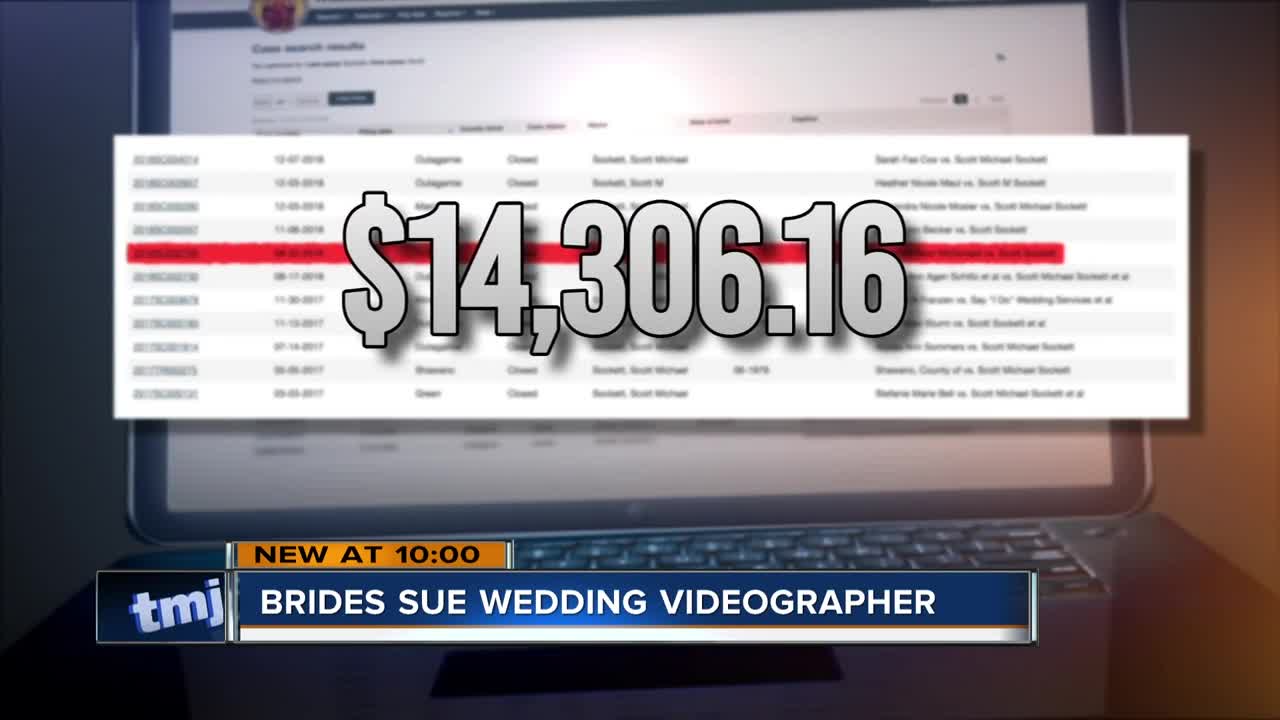 Brides left at the altar are suing a Wisconsin wedding videographer. Others say when he did show up, the product was not what he promised. 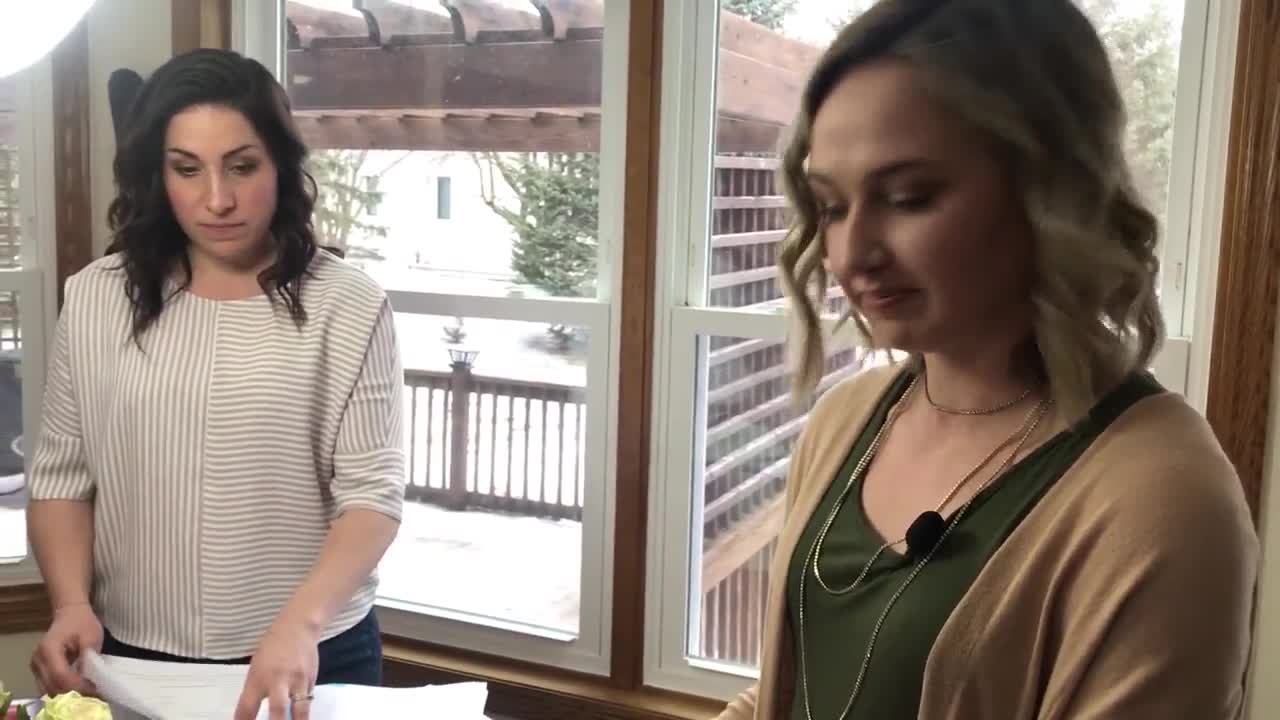 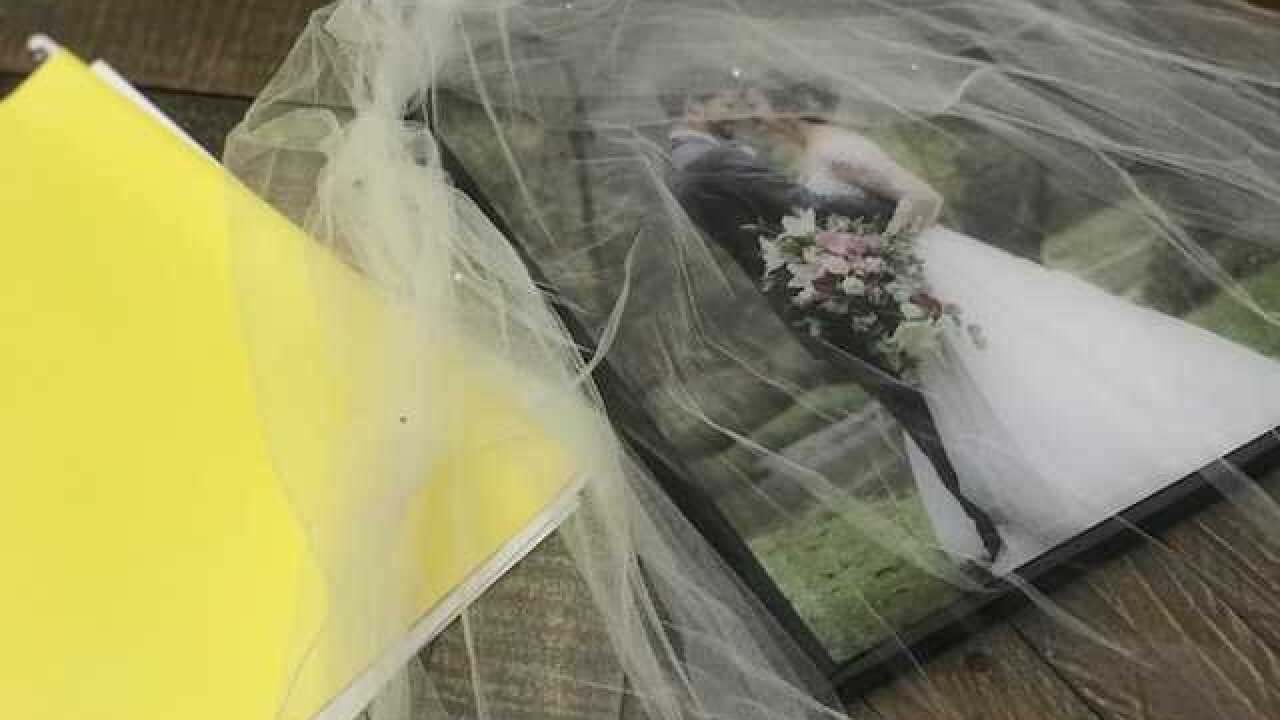 Rebecca Klopf will have more on this story tonight on Live at 10.

MILWAUKEE — Brides left at the altar are suing a Wisconsin wedding videographer. Others say when he did show up, the product was not what he promised.

A group of women paid Scott Sockett more than $1,000 for services ranging from videography to DJs. Some of them ended up with other people’s video, while others got nothing.

In part of Heather Timm’s wedding video, a bride and groom are dancing with their guests at a reception. The problem is, it’s not Timm and her husband in the video.

“To have someone intentionally mislead you and take advantage of you and change that memory for you somewhat, is really sad,” Timm said.

“There was nothing to me that was alarming to me when I first booked him,” she added.

She paid $1,200 for a wedding video that was supposed to include her ceremony. She even kicked in another $300 to have them come early for a first look, the moment the bride and groom first see each other.

She ended up with clips of her and her husband dancing and the wedding toasts. There were also clips of two strangers’ weddings mixed in.

“We want to have these videos of these moments that we can hear and feel again. Those are more than just photos,” Timm said.

Michelle Heck doesn’t have any video to remember her big day. She says Sockett did not show up to her wedding like she paid him to do.

“About an hour before our ceremony was starting, I was getting my makeup done and kind of texting him. Saying I was getting nervous having a feeling that he wasn't going to come. That's when I realized this is all a lie. He is not going to be coming,” Heck said.

Alexandra Moiser dealt with a similar situation. She says Sockett sold her four different wedding services and only followed through on one.

“About an hour before our ceremony was starting, I was getting my makeup done and kind of texting him. Saying I was getting nervous having a feeling that he wasn't going to come. That's when I realized this is all a lie. He is not going to be coming.” — Michelle Heck

"It was $1,400 and that was going to pay for uplighting, videography, photo booth and DJ,” she said.

Moiser said she realized something was wrong when she was standing at the altar.

“I am still so grateful that I married my best friend. It's the best thing in the world. But it sucks to have to look back and just think about that,” Moiser said.

Moiser and Timm filed a lawsuit against Sockett in small claims court. Both won their money back, plus court fines. So far, they haven’t gotten any of it.

TODAY’S TMJ4 went to Sockett’s home to ask him why we was not paying them back. He did not answer the door to his home, but he talked to us on the phone.

“We are currently in the process of trying to get everybody's refund back,” Sockett said over the phone.

Nine different people took Sockett to court. Eight were founded, while one case was dismissed.

Sockett says most of the people who sued him are canceled contracts. According to court records, a judge found in favor of a woman canceling because Sockett “misrepresented his work.”

“For any of the women who actually had us booked, take into consideration that we have seen online that say that we didn't show up or, or, stuff like that. We're never actually customers or clients of ours,” Sockett said.

Sockett said a competitor is writing bad reviews and trying to ruin his reputation. The women disagree.

“He can't explain all of us away that we are trying to take advantage of him or make him look bad, cause there is a lot of us,” Timm said.

“I don't understand how a person who seemed so normal can be so malicious,” Moiser said.

The women say they all checked WeddingWire and The Knot for reviews and never saw any issues.

Sockett told us he has had people who are happy with his services. He said he would email us a list. We have not heard back.