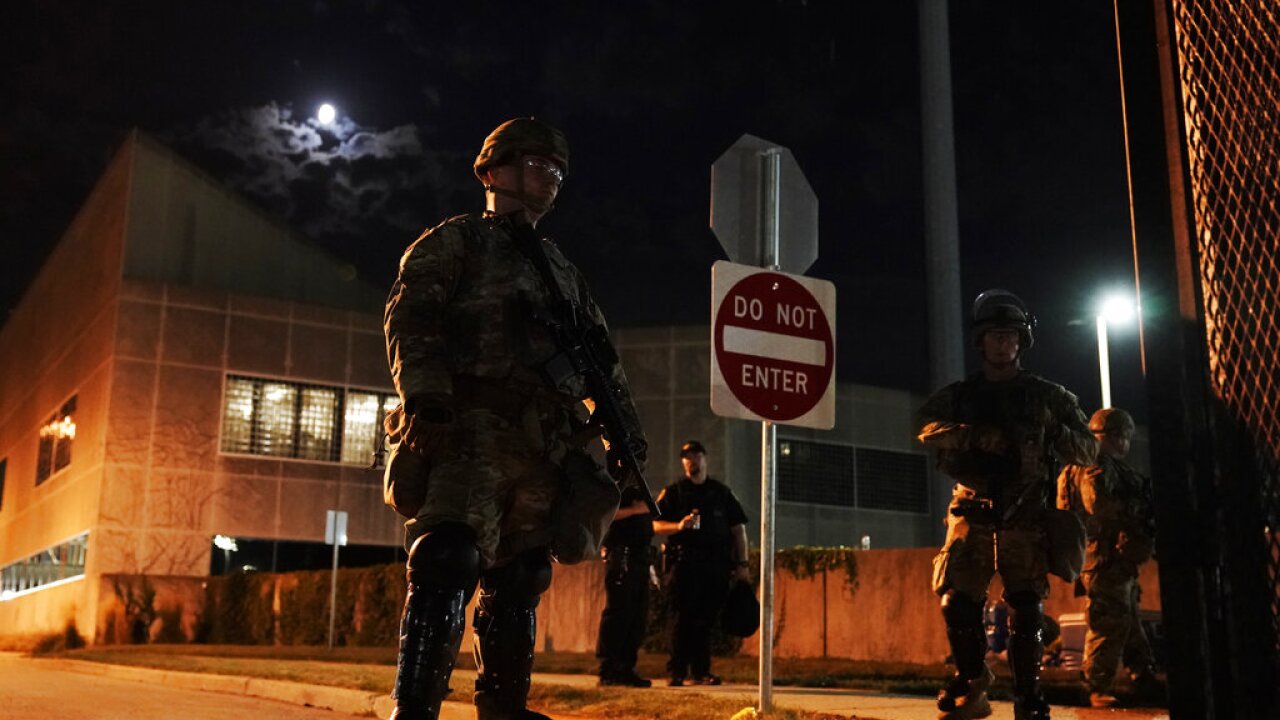 KENOSHA — The Wisconsin National Guard's deployment to Kenosha has officially ended, just over two weeks after the police shooting of Jacob Blake sparked protests across the city and the country.

About 125 guards initially deployed to the city to assist local law enforcement in keeping the peace on Aug. 24. Gov. Tony Evers later raised that number to 500 two days later, after looting and vandalism broke out, leaving businesses and other property destroyed.

As tensions continued to flare over Blake's shooting and police brutality, Evers called on other states for help, using the Emergency Management Assistance Compact.

That call led to over 700 guards from Michigan, Arizona, and Alabama to be deployed to Kenosha. Evers meanwhile raised the total number of Wisconsin National Guard's members in Kenosha to over 1,200.

“I’m so proud of each and every Citizen Soldier and Airmen who answered the call when Kenosha and our state was in need,” said Maj. Gen. Paul Knapp, Wisconsin’s Adjutant General in a statement.

“Once again, our troops rose to the occasion when the state called on them to help preserve public safety in our communities. Our state has asked a lot of the Wisconsin National Guard in 2020, but time and again, our selfless Soldiers and Airmen have stood ‘Always Ready and Always There’ to support our fellow citizens," Knapp said.