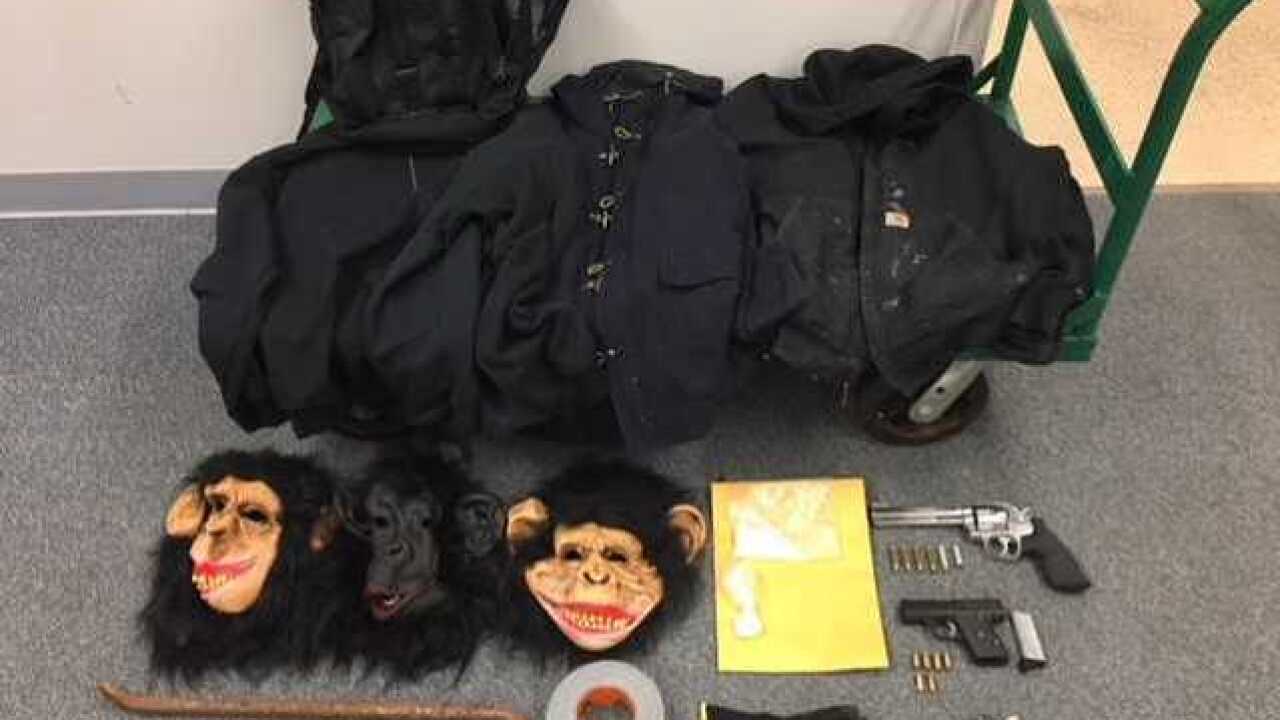 Three Wisconsin men are facing a litany of charges in Lake County, Illinois after they were found with a cache of drugs and guns, along with three monkey masks.

The Lake County Sheriff's Office reported that deputies pulled over the car and found that the driver, Davey Shower of Genoa City, was driving on a revoked license.

The Lake County Sheriff’s Gang Task Force found out the group was allegedly on their way to retaliate against another group for a previous altercation.

Shower and his passengers Thomas Fleckenstein of Lake Geneva and Jacob Lapenta of Genoa City were arrested and are facing a number of charges.

“An alert Sheriff’s Deputy successfully stopped a violent confrontation from taking place, which would have likely resulted in a homicide,” said Lake County Sheriff Mark Curran in a news release. Our personnel work diligently to arrest violent offenders and keep Lake County safe, which is exactly what took place in this situation.”