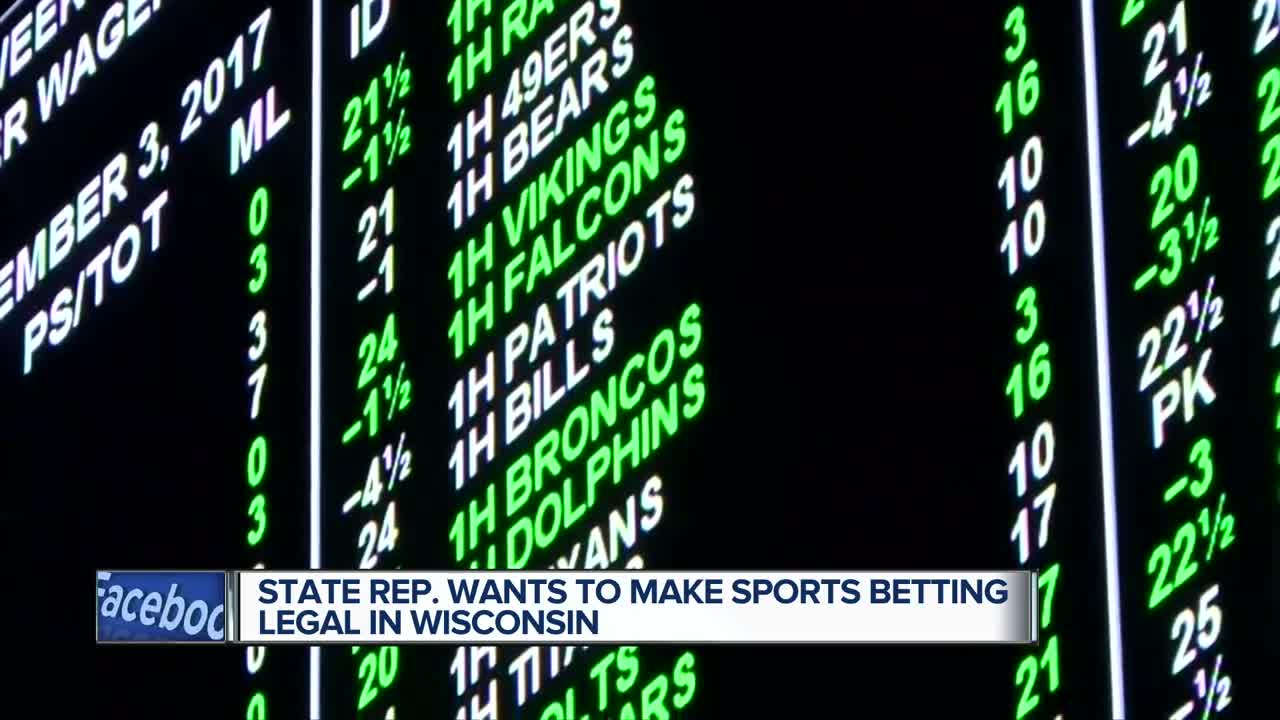 MILWAUKEE — Wisconsinites can now cross state lines to bet on sports, but a Plymouth lawmaker doesn't think people should need to leave the state.

Tyler Vorpagel of Plymouth thinks Wisconsinites should be able to go to casinos or even online to bet on sports games, but that would require a change to the state's constitution. A move similar to what happened with the lottery more than 30 years ago.

The days of traveling all the way to Las Vegas to bet on a sporting events are gone. Wisconsinites can go to Iowa to gamble on sports and soon they'll be able to do the same in Illinois.

Just last year, the U.S. Supreme Court gave authority to the states to decide whether to allow sports betting. Vorpagel wants Wisconsin to capitalize on those tax dollars.

"It may surprise you, there's a lot of this going on illegally on the black market," he said.

A Wisconsin group called 'Citizens Against Expanded Gambling' isn't on board.

"The almost sole focus of state-sanctioned gambling has been to maximize government revenues, not to promote and protect the public interest. In order for government to win, its citizens must lose," said Executive Director Lorri Pickens.

Vorpagel admits his hopes are far-fetched for the near future. First, it would require a change to the state's constitution and it could mean losing out on millions of dollars the tribes pay the state for exclusive gaming rights.

"I think that if we would amend the constitution and it went to the voters, I personally think it would pass," he said.

TODAY'S TMJ4 asked Potawatomi Hotel and Casino whether it would support sports betting in Wisconsin. The casino declined to comment.

We took that question to our Facebook fans. More than 600 people participated in the unscientific poll. 75-percent said yes, a quarter said no.