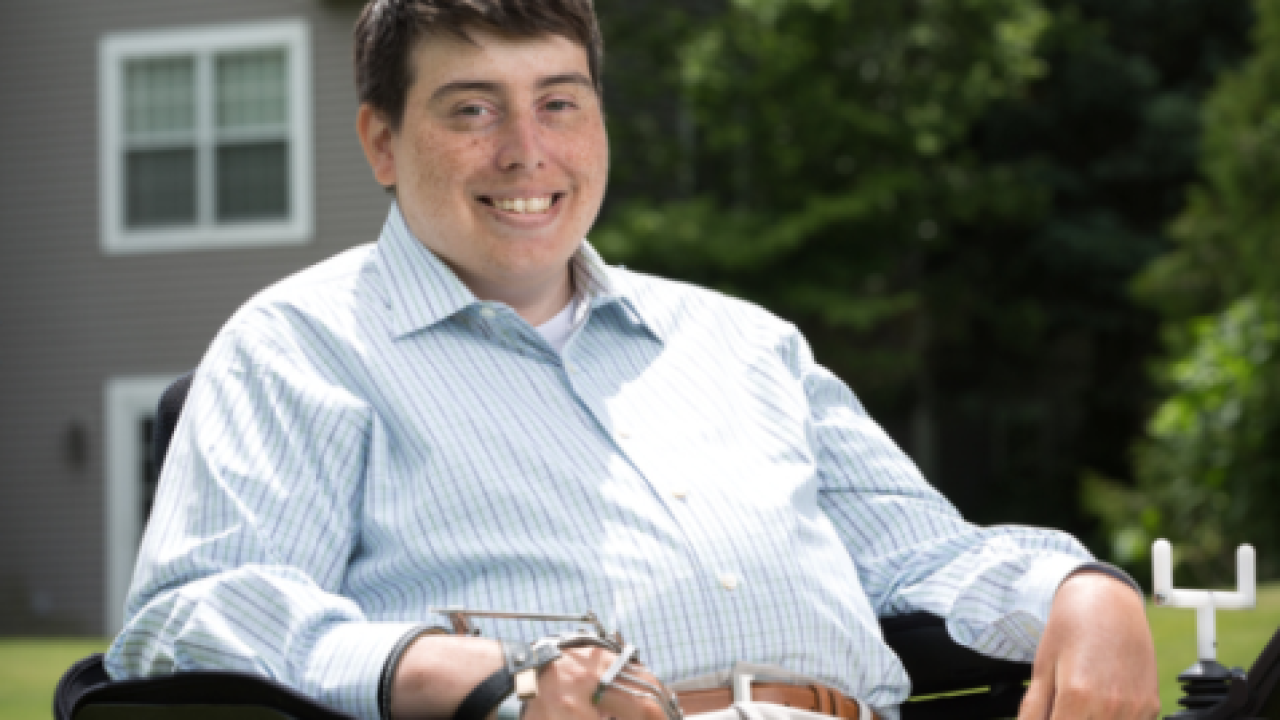 Democratic Rep. Jimmy Anderson is paralyzed from the chest down and uses a power wheelchair.

MADISON (AP) — A paralyzed Wisconsin lawmaker would be allowed to call into committee meetings he can't attend in person under rule changes Republicans unveiled Tuesday that are designed to meet demands the Democrat made nearly a year ago.

But Democrats and Rep. Jimmy Anderson, who is paralyzed from the waist down, objected to Republicans tying the accommodations with several other rule changes that would strengthen Republican power in the Assembly. One of the most significant would allow Republicans to take multiple votes on overrides of vetoes made by Democratic Gov. Tony Evers.

"I don't know why these are all being mixed together," Anderson said.

Republicans didn't include Anderson in discussion of the accommodations, which he called "offensive, disappointing and frankly really frustrating."

Republicans came forward with the rule changes after Anderson hired an attorney from Disability Rights Wisconsin, which sent Assembly Speaker Robin Vos a letter last month saying the Assembly was in violation of the Americans with Disabilities Act. The attorney called on Vos to make the changes Anderson requested by Oct. 1.

Anderson said Republicans were acting to avoid a lawsuit, which he said he was still considering but hoped not to file.

The Assembly will vote on the rule changes Thursday.

"This is really breaking new ground with accommodations for someone who is permanently disabled," Republican Assembly Majority Leader Jim Steineke said. "We're setting standards I think can be duplicated in statehouses across the country."

Anderson uses a wheelchair and said he is reliant on a home health assistant who is not always available. He first asked in January to be able to call into meetings he couldn't make and for assurances that the Assembly would not be in session late at night, or overnight.

Vos initially refused to grant Anderson's request, saying it was disrespectful to those who attended meetings in person.

The fight became so bitter, Vos accused Anderson of "political grandstanding" and in August said Anderson went public with his requests to undermine the GOP legislator's taking over as head of a national organization. Anderson responded by calling the Vos claims "sad," ''ridiculous" and "myopic."

Anderson, 33, was paralyzed from the waist down after a drunken driver in 2010 smashed into a vehicle he was in, killing his parents and brother. He was elected in 2016 and reelected in 2018. Anderson has said GOP leaders did not accommodate his needs when they held an overnight lame-duck legislative session in December on legislation to curb the power of the incoming governor.

"I don't know why these are all being mixed together." — Democratic Rep. Jimmy Anderson, on proposed meeting rules changes

Under the rule change, anyone certified by the Legislature's human resources department as having a permanent disability, and approved by the Republican and Democratic leaders, could participate in Assembly committee meetings and executive session votes by phone. They would have to give at least two hours' notice.

Anderson objected to the two hours' notice, saying he sometimes doesn't know that far in advance that he will miss a meeting. He lives in Fitchburg, a suburb of Madison about 8 miles from the Capitol.

"It's because Speaker Vos doesn't understand my particular needs as a disabled person that he's trying to come up with rules on the fly," Anderson said. "Without taking me into consideration means these rules aren't going to be exactly what I need."

Another rule change would allow the Assembly's rules committee to set time limits on debate. That would be a way to give certainty on debate length and prevent overnight sessions, Steineke said.

Rules in other statehouses across the country vary, with most states having a similar in-person requirement as the Wisconsin Assembly. Exceptions include Alaska, the largest state by square miles, where lawmakers can phone into committee meetings for any reason. New Hampshire makes exceptions case by case.

No other state has similar accommodations for lawmakers with disabilities, Steineke said. The Wisconsin Senate allows for any lawmaker, for any reason, to participate in committee meetings by phone.

Democrats also said Republicans were trying to bury a "wish list" of other rule changes, including allowing for multiple veto override votes, by including them with the disability accommodations.