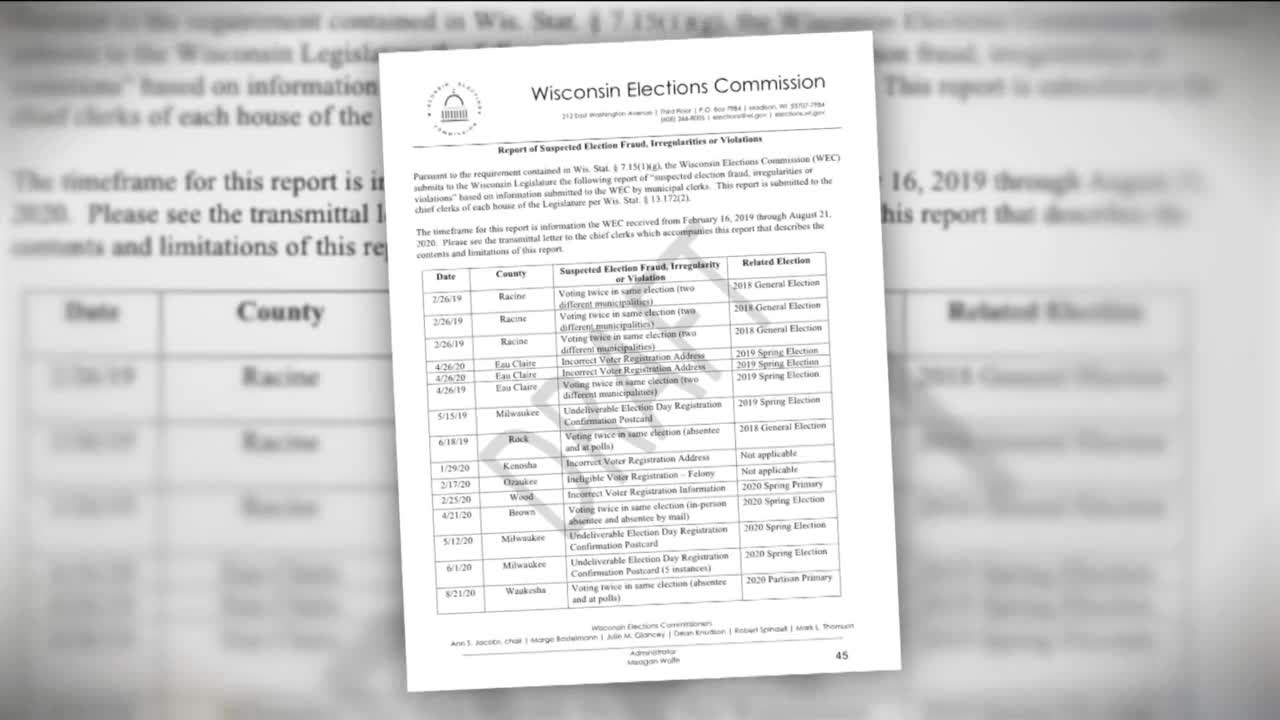 Concerns of possible voter fraud in the November election has state election officials sending a stern warning to voters: do not try to vote twice.

WAUKESHA — Concerns of possible voter fraud in the November election has state election officials sending a stern warning to voters: do not try to vote twice.

The Wisconsin Elections Commission said someone in Waukesha County voted absentee by mail and also cast their ballot at the polls during the August partisan primary election. Election leaders warn the penalty for doing so is severe.

Election commissioners said double voting is a particular concern ahead of the general election because more than a million absentee ballots have already been requested across the state.

A report at the request of the Wisconsin Legislature shows six Wisconsinites have allegedly voted twice in the same election since November of 2018. The latest two incidents this year during the Spring election in Brown County and last month in Waukesha County.

“We have no idea what’s going to happen with this huge number of absentee ballots that are going to hit the polling places and everywhere else along that way and I think we need to be cautious,” said Wisconsin Elections Commissioner Robert Spindell.

Some commissioners fear a message from President Trump earlier this month encourages voters to break the law.

“You send them in, but you go to vote and if they haven't counted it, you can vote. So, that's the way I view it,” President Trump said on Sept. 3.

Voting twice in a Wisconsin election is punishable by up to 3.5 years in prison and a $10,000 fine.

Wisconsin Elections Administrator Maegan Wolfe said there are safeguards in place for election workers to catch those who already mailed absentee ballots and also show up to the polls to vote.

“The poll book does reflect the status of the absentee ballot so the law requires the municipal clerks track absentee ballots in the statewide voter registration database,” Wolfe said.