Wisconsin Department of Health: Three people have died from the flu in the past 10 days 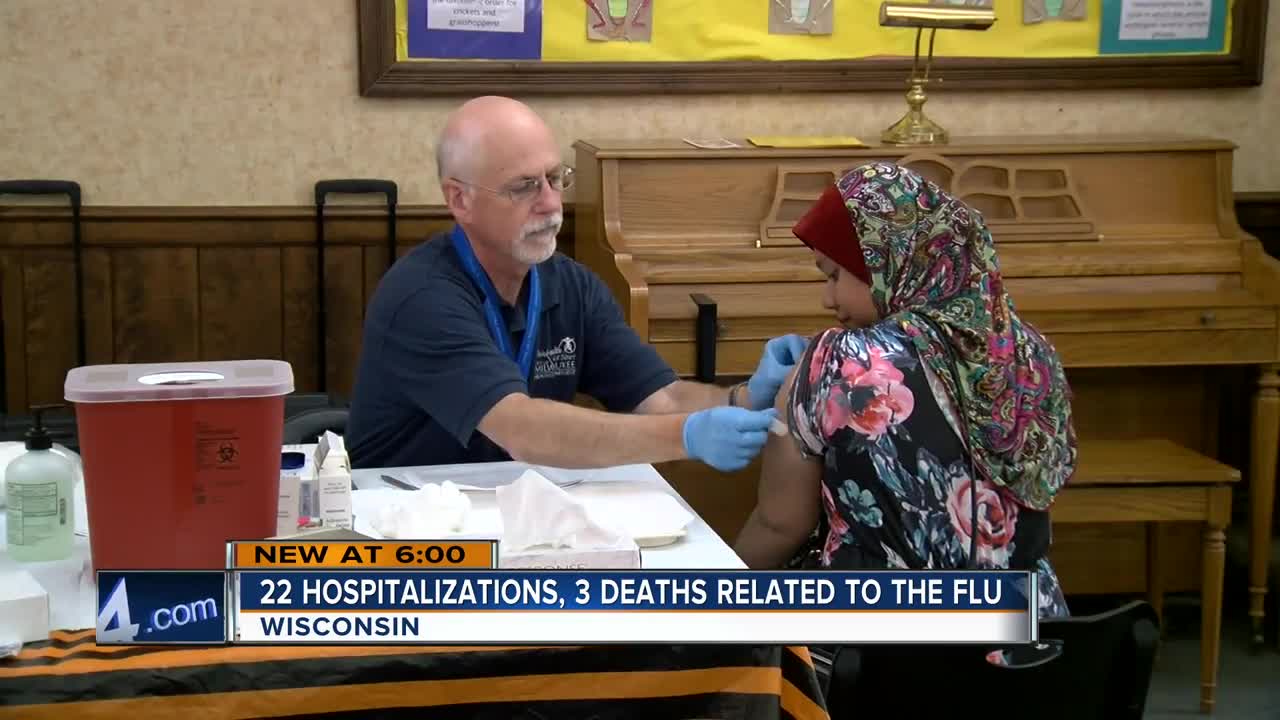 According to the Wisconsin Department of Health, since October 12, there have been 22 flu hospitalizations and 3 deaths, which is higher than average for this time of year.

MILWAUKEE — According to the Wisconsin Department of Health, since October 12, there have been 22 flu hospitalizations and 3 deaths, which is higher than average for this time of year.

According to the Milwaukee Health Department, the flu is among the most common contagious respiratory illness in the United States. Though common, it can be serious, leading to hospitalization and sometimes death. During the 2018-2019 flu season (September 1, 2018 - April 30, 2019), there were 559 influenza associated hospitalizations in the City of Milwaukee, and two (2) pediatric flu deaths in Wisconsin.

Dr. Jeanette Kowalik, the Commissioner of Health, said getting your flu shot could help reduce your risk of getting sick.

"It's important that we protect Milwaukeeans of all ages from the flu by maximizing vaccination before the flu season takes effect. Influenza can not only cause severe illness but it can also lead to death," Commissioner Kowalik said.

Dr. Hashim Zaibak, CEO of Hayat Pharmacy, said those who are 65-or older should consider getting a high dose flu vaccine.

"People who are 65 or older, those are the highest risk patients, 70% of people who are hospitalized because of flu are from that group of people," said Dr. Zaibak.

However some pharmacies are in short supply of the vaccine but Dr. Zaibak said not to panic. He said if you need the high dose shot and the pharmacy is out, you have two options.

"Wait for a few days, maybe the pharmacy will be able to get it in a few days, or just get the normal dose. Having a normal dose flu vaccine is better than having no vaccine at all," said Dr. Zaibak.