Wisconsin BBB says consumers are out at least $150,000 due to fraudulent pyramid scheme 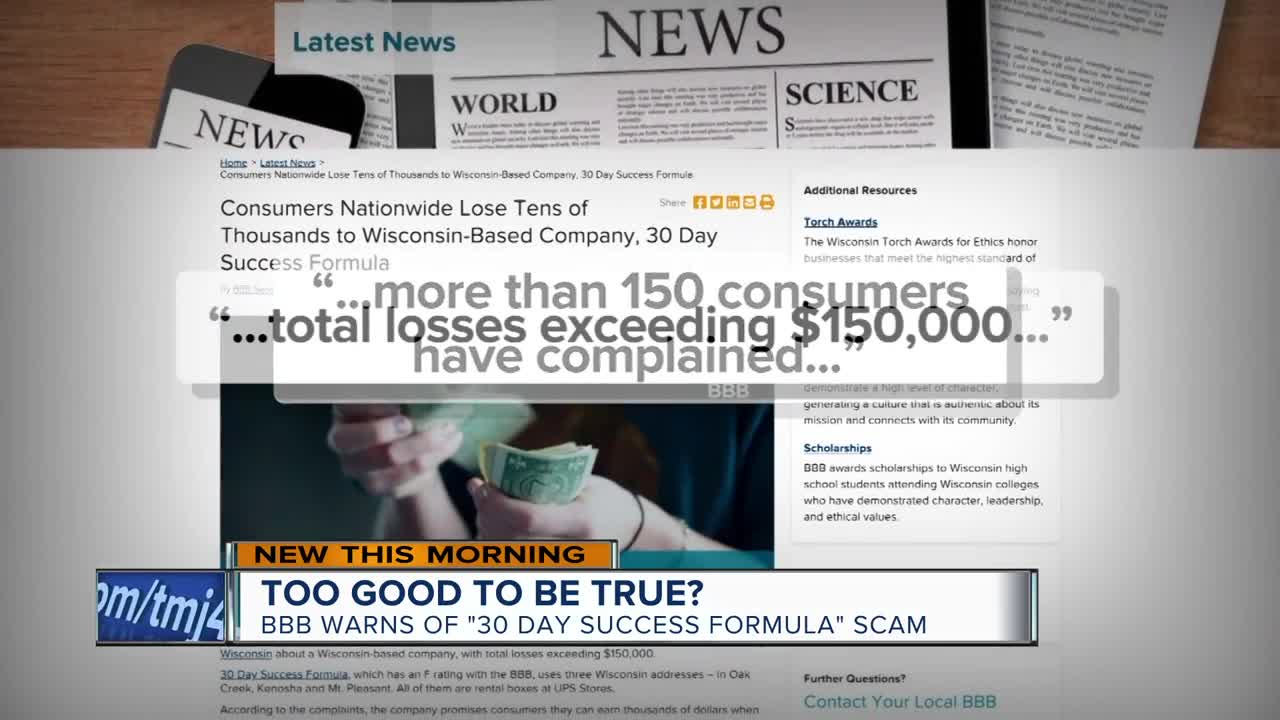 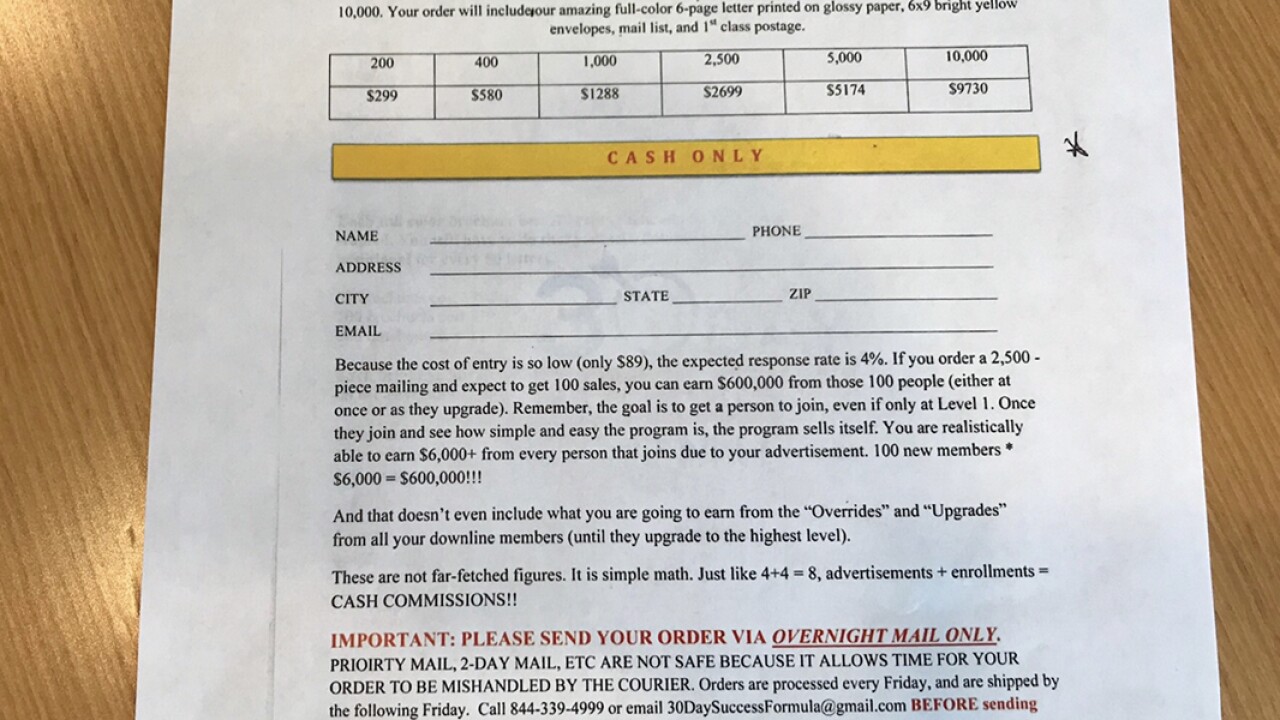 The Wisconsin Better Business Bureau is warning of an alleged scam that's so far cost more than 150 consumers more than $150,000 in lost money over the past five months.

"That's just reported losses," said Jim Temmer, President and CEO of the Better Business Bureau serving Wisconsin. "So if $150,000 was reported to us, you can figure ten times that much has probably been lost."

The company at the center of the alleged scam, 30 Day Success Formula, has been slapped with an "F" rating from the BBB.

The BBB said consumer complaints indicate the company promises customers they can "earn thousands of dollars" by paying a fee to become a member.

"However, the only 'product' they receive when they join are fliers to help them recruit others into their program," the BBB said in a press release. "If consumers didn't receive at least their initial investment back within 90 days, the company would refund their money, complainants said. Fliers weren't sent on their behalf, and promised refunds were never issued, according to the complainants."

Temmer said the company lists three Wisconsin locations as its offices, but those are just rental boxes at UPS stores.

"If you're in Wisconsin, you're in the heart of the Midwest, and we're known as good, honest people," Temmer said. "So the victims see this and think, 'This must be a great company.'"

He said people who fell victims to 30 Day Success Formula's advertisements on social media lost between $89 and $12,500 each.

Several complainants said they were asked to send cash via overnight delivery when they joined.

"Any business, if it says it only wants cash, that's a warning sign," Temmer said. "We recommend if you're buying something online or you're trying something you're unsure of, use a credit card because you have a lot more protection."

According to Temmer, the company has ignored all requests from the BBB to obtain more information.

"We have an investigator on staff, and she looks into complaints that come up," he said. "We try to research a company, and try to reach that company and figure out what's going on."

"30 Day Success Formula Is Not A Scam. If You Don't Do The Work, How Can You Expect To Make Money. This Is Not The Lottery. There Are Many People Making Money In 30 Day Success Formula. We Have Closers. All You Have To Do Is Drive Traffic. It's Really That Simple! If You Need Help With Driving Traffic, COMMENT BELOW..."

TODAY'S TMJ4 repeatedly called the phone number listed on the Facebook page, but no one ever answered the phone.

"I paid my money in May and nothing so far for me either," wrote one commenter. "I called customer service at 30 day and was told that they were still working on mailing out letters for April and a email would be going out to let everyone know when the next batch of mailings would be going out."

"I am going on 5 (and) 1/2 months waiting for mailings. I agree... this is not acceptable!" reads another comment.

"(30 Day Success Formula) can post whatever they want, but we in turn can let people know they have an “F” rating," Temmer said.

He said he hoped to warn consumers going forward not to send any money to what the BBB has deemed a fraudulent pyramid scheme.

"What scammers rely on is when we think with emotions. In this case, it's that 'get-rich-quick' mentality," he said.