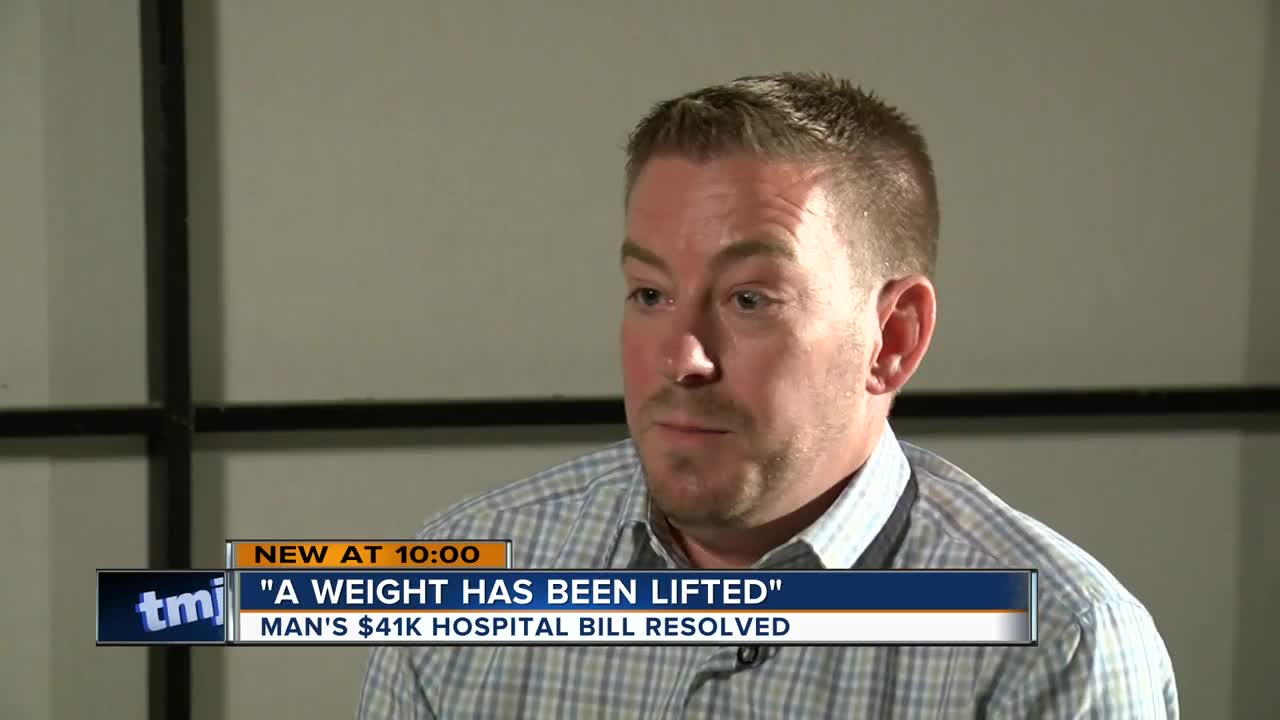 A local man has a scar that's now a reminder of the $41,337.60 bill his medical provider charged, and his insurance didn't want to cover.

MILWAUKEE — Jeff Magnuson looks like a healthy guy. But for about a year, he's been receiving cancer treatment. He's recovering from Stage 3 melanoma.


"There was a mole that was approximately right there," said Magnuson as he showed us the scar from surgery on his calf.

A scar that's now a reminder of the $41,337.60 bill his medical provider, Aurora charged, and his insurance, Anthem, didn't want to cover.

"The surgery to identify the lymph node, the sentinel node, which ultimately had the cancer cells, which raised it from a Stage 2 cancer to a Stage 3 cancer, was not medically necessary," Magnuson explained.

"Was that shocking to you?" The I-TEAM asked Magnuson.

"Extremely shocking to me," he answered.

Magnuson explained he has been receiving immunotherapy to treat cancer, but at the same time, has been trying to get the procedure to identify the fact that he had Stage 3 cancer covered by his insurance.

Magnuson appealed Anthem's decision twice and each time, he said he received a little more of an explanation as to why it wasn't being covered.

"The closure of the wound was listed as a complex closure, but based on what the insurance company could see it was a simple closure," Magnuson said.

"I had a wound on my leg and they needed to close it," he said.

The I-TEAM reached out to medical billing expert, Pat Willis, asking her how common it was for an insurance company and medical provider to disagree on whether a surgery is complex or simple.

When Willis reviewed the medical coding used in Magnuson's case, she discovered something.

The wording of coding, according to Willis, was incorrect.

The I-TEAM asked Aurora and Anthem in late August to answer our questions about this case. On September 28th, an Aurora spokesperson said,

"Our top priority is to provide the highest quality care for those we serve. That includes helping our patients navigate issues related to billing and insurance, which we know can be complex. Federal and state laws prohibit us from commenting further on specific cases." – Aurora spokesperson.

Anthem’s team has been working closely with Aurora to resolve this case for Mr. Magnuson. Aurora will resubmit the claim without the SPECT scan and Anthem will cover the non-SPECT services per the terms of Mr. Magnuson’s health plan. Aurora has agreed to write off the charge for the SPECT scan itself, meaning that Mr. Magnuson will not be charged for that service.

On September 30th, Jeff Magnuson said he received a call. Aurora and Anthem reached an agreement and he doesn't have to pay a dime.

"It's a huge weight off of my shoulders after I've been dealing with this since I first got the bill in October," Magnuson said.

"I appreciate everything that you guys have done and that TMJ4 has done in helping me or us get to the bottom of this, helping get this claim taken care of, so I can focus on my treatment and getting healthy,” he continued.

If you are struggling with a medical bill, here’s what you can do:
1. Contact the I-team’s Consumer Investigator, Kristin Byrne by clicking here at Kristin.byrne@tmj4.com.

2. Pat Willis suggests asking that your medical bill be itemized with what’s called CPT codes (this explains to the insurance company how a doctor billed their services).

3. If your insurance won't cover the bill, ask your doctor to write a letter to the insurance company, saying the procedure was medically necessary.

4. Consider writing a letter to the Chief Financial Officer of your insurance or medical provider.

5. While this all of this is happening, ask your provider to put the bill on hold so it's not sent to collections

To learn about other ways to fight your medical bill including free resources, click here.