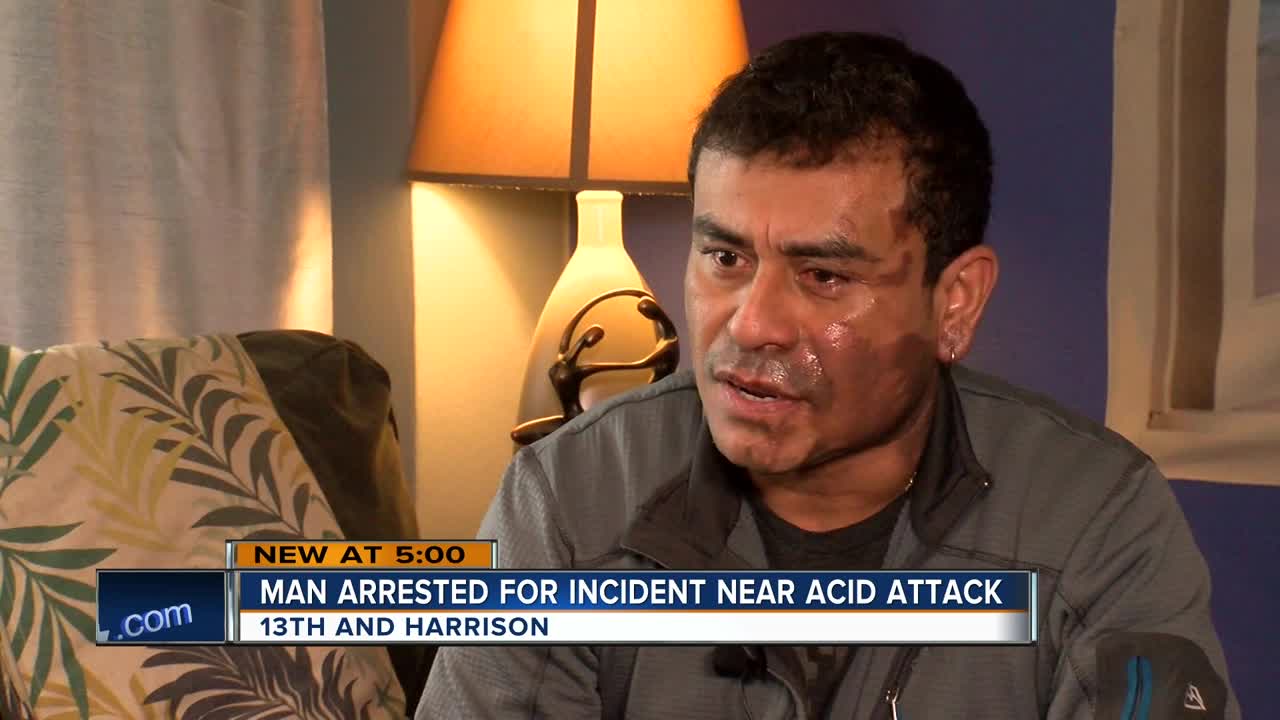 The victim of an acid attack speaks to TODAY'S TMJ4 after being released from the hospital.

MILWAUKEE — An arrest has been made in a violent attack caught on camera, according to Forward Latino, a Hispanic civil rights group who has remained close to the investigation.

Milwaukee police said that a 61-year-old man was arrested Saturday on charges of aggravated battery for an incident that occurred near 13th and Cleveland on Friday involving the victim being struck by acid.

Shocking video captured on a surveillance camera shows the acid attack on Milwaukee’s south side. A man in a hooded sweatshirt is seen in the video arguing with another man. He then starts pointing at him and eventually throws what’s believed to be battery acid in the victim’s face. Seconds later, the suspect remains on the scene, and a potential witness to the attack runs into a business at the corner of the block.

Mahud V. identified himself to TODAY'S TMJ4 as the victim.

“It was so, oh my gosh the sensation was horrible,” the man said.

He has extensive burn marks on his face and over the coat he was wearing.

“I don’t know the guy. I never saw him in my life, and he did that to me. Who carries a bottle of acid?” Mahud said.

The incident allegedly started over a parking space.

“He started talking. You come to invade my country. You don’t respect my laws,” Mahud said.

In a statement released on Saturday, Milwaukee Alderman Jose Perez said that “police are investigating this attack as a hate crime,” and that they “have been ensured that all hate crime enhancers are added to the charges.”

Forward Latino released the following statement on behalf of Mahud’s family about the arrest:

“We wish to thank Chief Alfonso Morales and all the professionals at the Milwaukee Police Department for their efforts in bringing the attacker to justice. We also wish to thank everyone for their thoughts and prayers during this difficult time.”