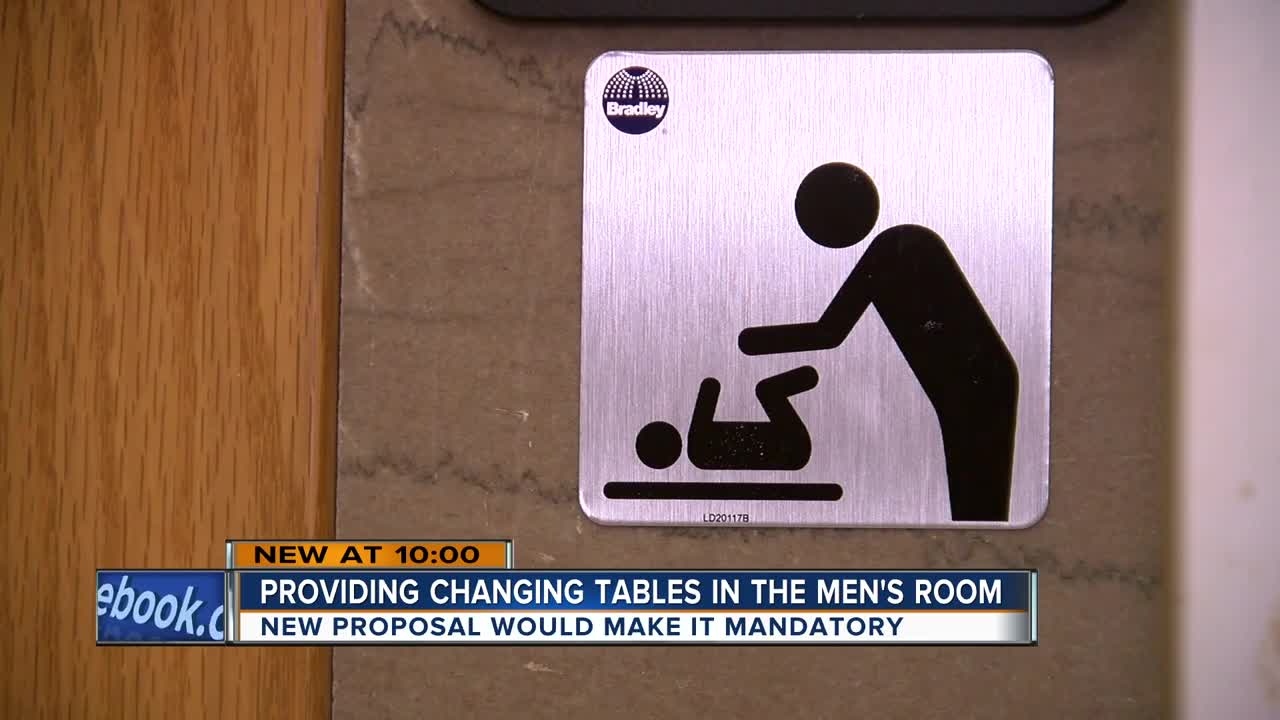 A group of Wisconsin lawmakers want to make it easier for men to change diapers. The so-called 'Baby Bathroom Bill' would require men's public bathroom to have changing tables.

MILWAUKEE — A group of Wisconsin lawmakers want to make it easier for men to change diapers. The so-called 'Baby Bathroom Bill' would require men's public bathroom to have changing tables.

Head to public bathrooms around Milwaukee and you'll find that there are not always places for fathers to change their child's diaper.

He said when changed his daughter's diapers, he had to get creative.

"As a father of a two-year-old and three-week-old it's important to me to have safe sanitized places to actually change our kids," said Crowley.

Fellow Representative Adam Neylon (R-Pewaukee) said he is a dad too, but he has other concerns about the bill and would likely vote against it.

"This seems to be an expensive new regulation on the back of taxpayers who are going to be paying for it," said Neylon.

A Milwaukee mom wonders if they pay to put them in women's bathrooms, why not put them in men's.

"As any parent you are trying to do a thousand things at once. To be able to rely on my husband to get a baby changed that would be helpful," said Marcy Kempf, mother of two.

The bill could be up for a vote next spring.