'We can't allow our students to fall any farther behind:' MKE Teachers' Union pushing for referendum 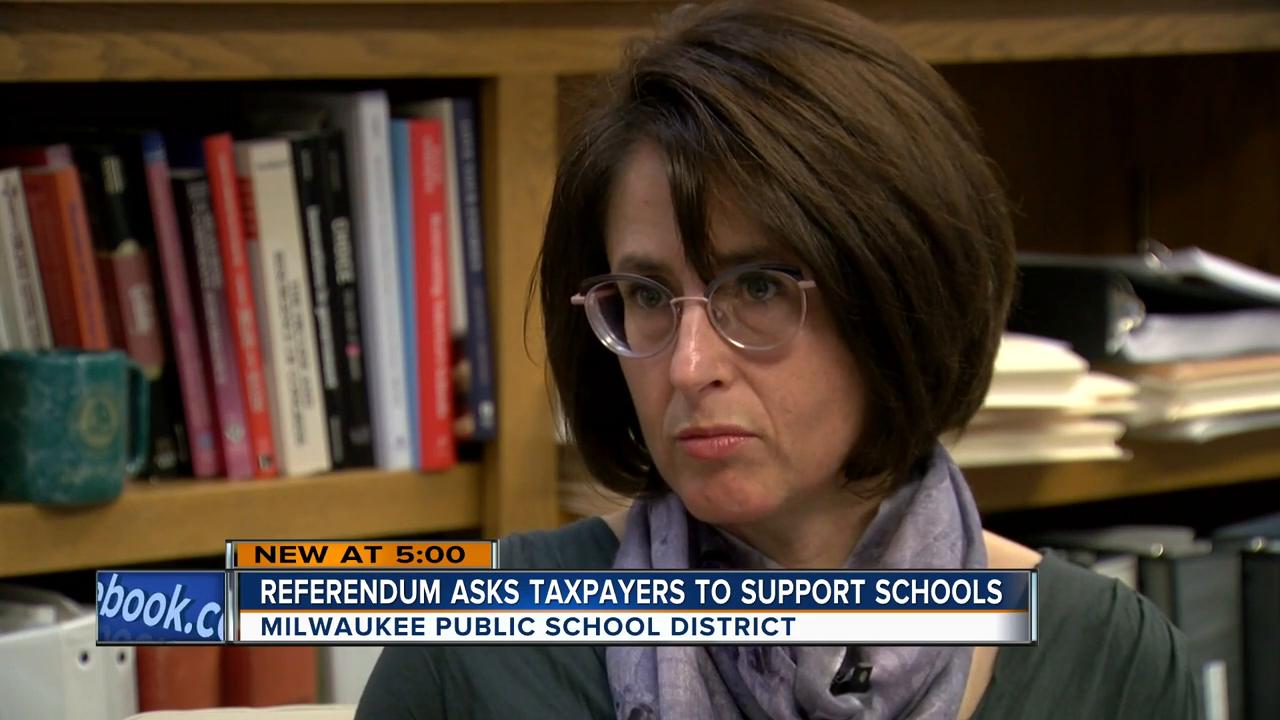 It's been decades since Milwaukee Public Schools went to referendum to ask for more money but the Milwaukee Teachers' Education Association says the time is now.

MILWAUKEE — It's been decades since Milwaukee Public Schools went to a referendum to ask for more money but the Milwaukee Teachers' Education Association says the time is now.

"We can't allow our students to fall any farther behind," Amy Mizialko, MTEA President said. "In the past 25 years, 97 percent of Wisconsin School Districts have gone to and passed referenda, raising money for their students. This includes many of our neighboring districts where the state funding formula provides thousands more per student when compared to our district."

Mizialko spoke with more than a dozen supporters behind her. She says the MTEA commissioned a poll recently to gauge residents' interest in a property tax increase to help the school district. She says it was overwhelmingly positive with 62 percent of likely primary voters willing to pay more int axes to increase funding and improve education in public schools.

As part of the poll, they say 56 percent of people supported an increase of $150 per year for every $100,000 in assessed property value. They say it would result in $64 million more to the operating budget for Milwaukee Public Schools.

"We are claiming and embracing this generation of children in our city to make sure they have every single opportunity possible for a meaningful life in our city," Mizialko said. "As a teacher, I cannot do my best for students when I have 42 students. It's not possible. We have K4 classrooms with 34 children in them. Thirty-four 4-year-olds."

MTEA estimates $5 million could restore art classes to every school in the district so the $64 million could make a tremendous impact on the student to teacher ratios.

"This means having therapists, social workers, psychologists and guidance counselors in our school systems and not more police officers," Darrol Gibson with Leaders Igniting Transformation said. "Students need to have class sizes that are reasonable to have one on one interactions with teachers to learn properly."

MPS is the largest school district in the state with a current operating budget of $947.8 million; a very large amount, but they still come up short.

"Certainly, you need finances to run the school," Anne Chapman, Senior Researcher with Wisconsin Public Policy Forum said. "I can say, MPS acknowledges there's a lot of need. They're always in this structural deficit situation."

Chapman focuses on education research. She says a record number of other school districts in Wisconsin requested referenda in 2018 and after looking at Milwaukee Public Schools' near billion-dollar budget, she says the district may have no other choice now.

"Over the last couple of years, the district has done everything it can think of to try and make cuts that don't affect the classroom," Chapman said. "Major efforts have been made to do that and that's going to get more and more difficult."

"Our students have gone without for a very long time," Mizialko said. "I feel confident in saying that the people and organizations behind me and members of the MTEA are unwilling to standby and allow our students to go without because Madison has cut them off."

The referendum will be discussed at Thursday's strategic planning and budget meeting. There will be several more meetings before it is put on the ballot in April.